Tess M.S. Neal to study the admission of psychological expert evidence in Australian, US courts

The U.S. Department of State and the Fulbright Foreign Scholarship Board have announced that Tess M.S. Neal, assistant professor of psychology in Arizona State University's New College of Interdisciplinary Arts and Sciences, has received a Fulbright U.S. Scholar Program award to Australia.

Neal will conduct research at the University of New South Wales as part of a project titled “Psychological Assessments in Legal Contexts: Are Australian Judges Screening out 'Junk Science'?” 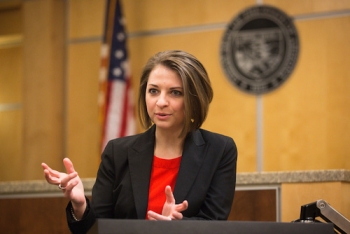 Psychological testing, based on psychometric science, is often used in court to aid judges in making legal decisions that profoundly affect people’s lives. Although judges are required by U.S. law to screen out junk science, many psychological tests that lack scientific validity are nevertheless allowed into court. Australian evidence law is far less demanding than in the U.S., but anecdotal reports suggest Australian judges may be doing a better job policing the credibility of expert psychological evidence that U.S. judges.

This project will investigate and compare experience with psychological assessment evidence in U.S. and Australian courts, focusing on country-level differences in evidence laws and the implications of these differences for all expert evidence.

As a Fulbright scholar, Neal will share knowledge and foster meaningful connections across communities in the United States and Australia. Fulbrighters engage in cutting-edge research and expand their professional networks, often continuing research collaborations started abroad and laying the groundwork for forging future partnerships between institutions.

Upon returning to their institutions, labs and classrooms in the United States, they share their stories and often become active supporters of international exchange, inviting foreign scholars to campus and encouraging colleagues and students to go abroad.

As Fulbright scholar alumni, their careers are enriched by joining a network of thousands of esteemed scholars, many of whom are leaders in their fields. Fulbright alumni include 60 Nobel Prize laureates, 88 Pulitzer Prize recipients and 39 who have served as a head of state or government.

The Fulbright Program is the U.S. government’s flagship international educational exchange program and is supported by the people of the United States and partner countries around the world. Since 1946, the Fulbright Program has provided more than 400,000 participants from over 160 countries the opportunity to study, teach and conduct research, exchange ideas, and contribute to finding solutions to shared international concerns. The primary source of funding for the Fulbright program is an annual appropriation by the U.S. Congress to the U.S. Department of State’s Bureau of Educational and Cultural Affairs. Participating governments and host institutions, corporations and foundations in foreign countries and in the United States also provide direct and indirect support.

A new program at Arizona State University will carry the name of a legendary Arizona figure and ASU’s first Alumni Association president with the goal of mentoring tomorrow’s leaders by connecting them with those who came before.  The Department of Military Science recently established the ASU Army ROTC James McClintock Hall of Fame and inducted its first two alumni members during the battal... 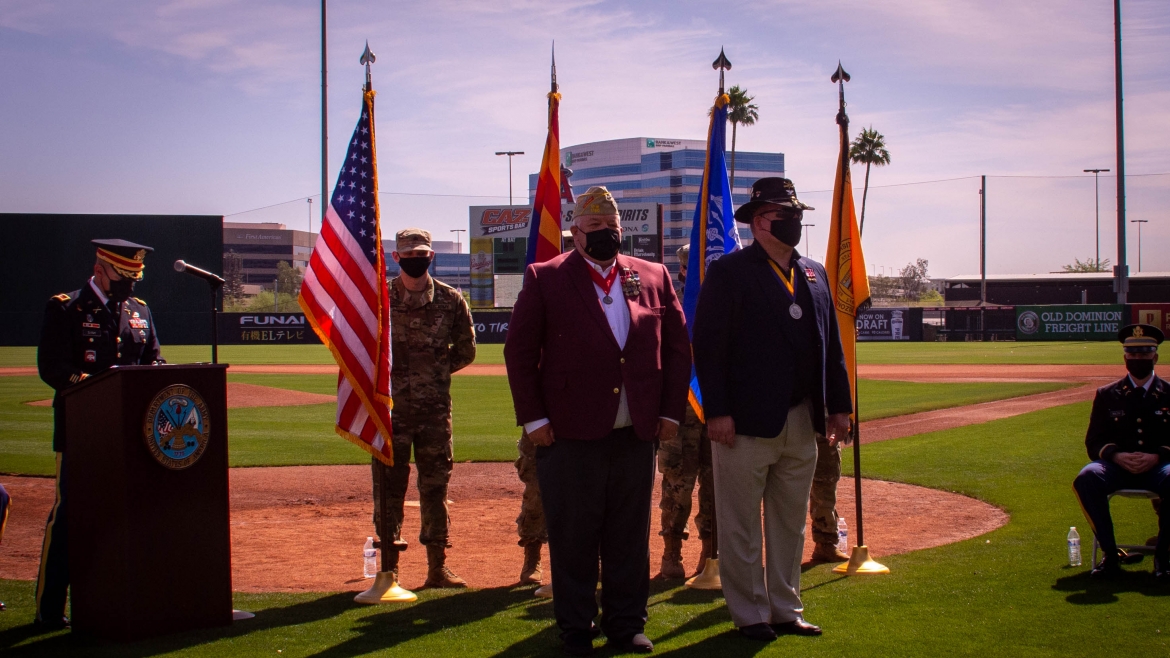 A new program at Arizona State University will carry the name of a legendary Arizona figure and ASU’s first Alumni Association president with the goal of mentoring tomorrow’s leaders by connecting them with those who came before.

“This was a project that was important to me, important to our former senior noncommissioned officer Master Sgt. Cunningham and important to Mrs. Robbins, who really did all the work to make this happen,” said Col. James Sink, professor of military science and Army ROTC commander, during the ceremony. “The reason it is important to us — it’s because I saw it not only as a way to honor people who’ve had a huge impact on this ROTC program but also to reconnect our program, our cadets, to officers like the ones you’re about to meet, former officers Col. James Barker and Lt. Col. Dallas Eubanks.”

Lisa Robbins, Army ROTC business operations specialist, has worked for seven years at linking the university’s military history with ROTC. One link to honor this history is by holding commissioning ceremonies for their cadets at Old Main, which is where the original Corps of Cadets held military formations in the 1880s. But they wanted to do more.

“Two years ago we started working on the hall of fame,” said Robbins, who grew up in an Army family. “We wanted to honor individuals who went above and beyond to advance the Army ROTC program at ASU. By starting this program we hope to establish a tradition of mentorship.”

Robbins' father, retired Lt. Col. Jerry Lape served his final military assignment as the executive officer for ASU Army ROTC. Her brother graduated from the program in 1985. With these program connections, in addition to her nine years working for the department, Robbins is enthused about what the hall of fame can mean for the unit.

“I look forward to seeing it grow over the coming years,” Robbins said. “We look to establish a link between the program’s history and the future. It will allow a connection between past graduates and people who have had great impact on the program to mentor our current and future cadets as they go forward into a life of service.” 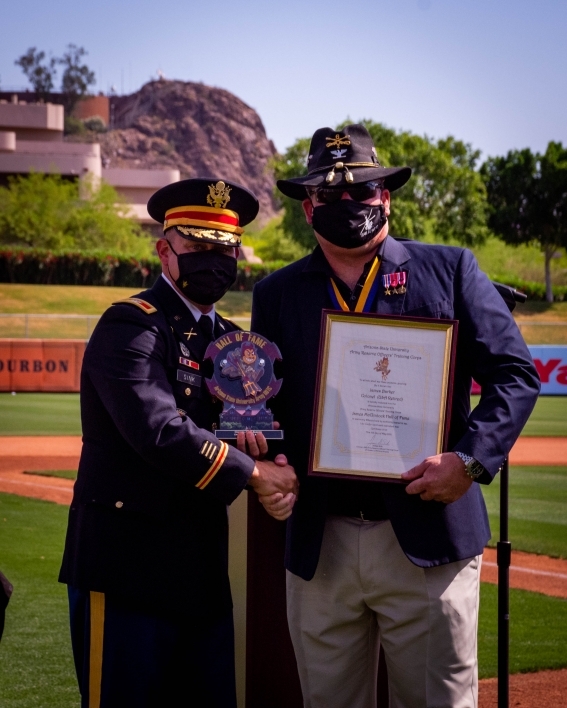 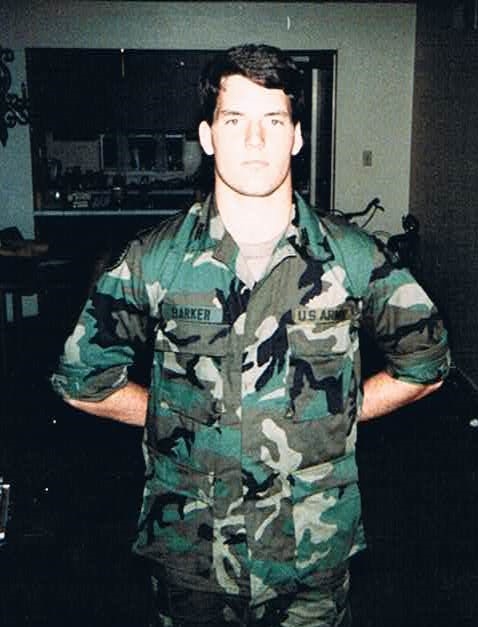 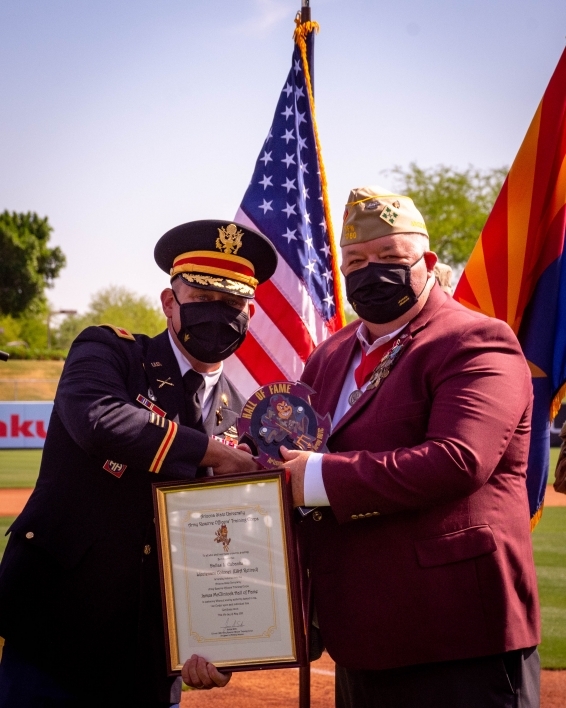 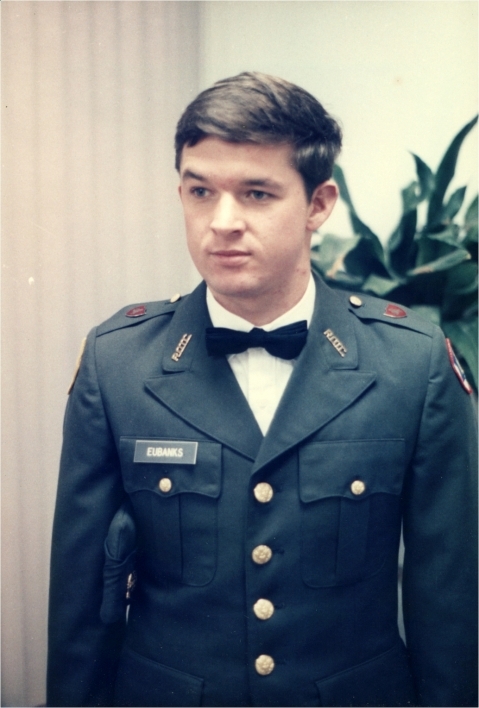 The first two inductees attended ASU in the late 1980s.

Barker was commissioned as an armor officer from ASU in 1988. He spent 26 years in the Army at various places in the U.S., Korea and Germany. Barker served in combat as a battalion task force scout platoon leader during operations Desert Shield and Desert Storm in Iraq in the early 1990s, where he earned the Silver Star for “gallantry in action.” He returned to the region in recent years as part of Operation Iraqi Freedom.

After being inducted to the hall of fame, Barker addressed the cadets.

“Those of us in uniform, we are in the people business,” Barker said. “It’s the people that make the equipment function, that give us the opportunities to train with it, that maintain it with us and for us, and help us to employ it in combat if necessary.

Eubanks is the current Army ROTC recruiting operations officer at ASU. After commissioning at ASU in 1987, he went on to serve 21 years in the Army as a field artillery and fire support officer. He served in operations Desert Shield, Desert Storm and Iraqi Freedom, and Operation Joint Guard in Bosnia. Eubanks was also inducted in the U.S. Army ROTC National Hall of Fame in 2016.

“When I returned to ASU in 2015 to work for the Department of Military Science, it was surreal being back where it all began,” Eubanks said. “It’s an honor to help recruit and mentor future Sun Devil Battalion alums, and I’m lucky to have come full circle and be back here at ASU.

“As for being inducted into the hall of fame, I’m so humbled with the recognition, thankful to my family for their support along the way, and thankful to the noncommissioned officers and soldiers I served with throughout my 21 years of active duty.”

As the first two inductees, Barker and Eubanks are now responsible for working with the ROTC commander to develop by-laws and procedures for selecting future former cadets to the hall of fame, with the intent of organizing an induction every year around homecoming weekend.

“This year is the beginning of a new tradition to honor deserving classmates and future generations of Sun Devil lieutenants with future induction into this hall of fame,” Eubanks said.

McClintock was part of the first Territorial Normal School at Tempe graduating class. The school later became ASU. McClintock was also part of Theodore Roosevelt’s Rough Riders and fought in Cuba during the Spanish-American War, where he was seriously wounded. McClintock continued his military service after being elected colonel of the First Arizona Infantry. He went on to volunteer in several organizations, including serving as first president of the Normal School Alumni Association,  Rough Riders Association, and as the first commander for the Spanish War Veterans for the Department of Arizona. He was an educator, historian and community leader.