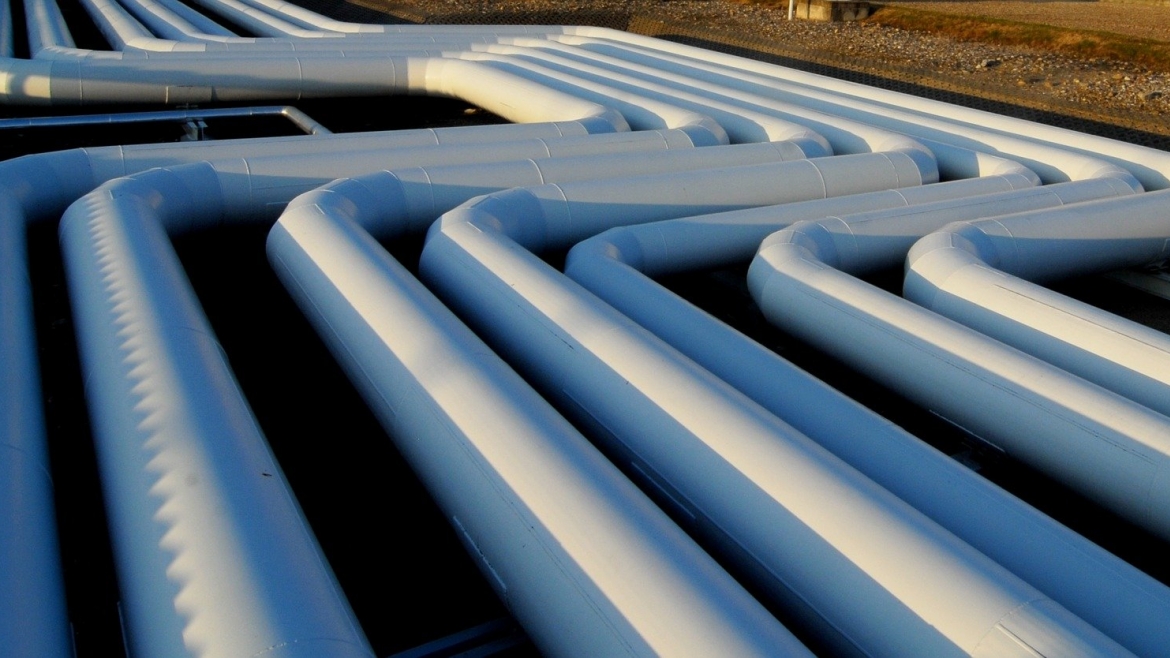 Colonial Pipeline Co., which operates 5,500 miles of pipeline that delivers 45% of gas and jet fuel to the East Coast of the U.S., was shut down on May 7 by an organization now identified as the ransomware group DarkSide.

DarkSide has issued statements since the attack noting that it is an apolitical group with a goal “to make money, and not creating problems for society.” It follows the ransomware-as-a-service (RaaS) business model.

“Ransomware is hugely profitable,” said Nadya Bliss, executive director of the Global Security Initiative at Arizona State University. “Considering the amount of money involved, It’s not surprising that some groups would establish a business model selling ransomware as a service.

“The trend has escalated as technology development and adoption have outpaced policies and regulations, which contributes to cyber vulnerability,” she said.

According to Homeland Security adviser Elizabeth Sherwood-Randall, the hackers broke into networks devoted to the company’s business operations but did not reach the computers that control the physical infrastructure that transports gasoline and other fuel.

Colonial shut down the network as a precautionary measure and has called in external cybersecurity experts to ensure the hack is not dangerous to the overall network.

According to Sherwood-Randall, “Our nation’s critical infrastructure is largely owned and operated by private sector companies.”

On Wednesday, May 12, the White House issued a new executive order that aims to improve U.S. cybersecurity.

“We’re finding ourselves more frequently in an interesting space — the intersection of federal and private jurisdictions where security regulations may be different,” said Bliss. “At a national level, we’re still trying to figure out what policies make sense in the context of cybersecurity.”

Prior to the Colonial hack, the Biden administration had already launched an initiative to improve the cybersecurity of critical infrastructure, focused on high-priority collaboration with private sector partners to harden defenses, according to Sherwood-Randall.

But the broader perspective, according to Bliss, is that domains that don’t typically see themselves in the computer science space — schools, hospitals, utility companies and, in this case, pipelines — are becoming increasingly at risk from outside attacks.

“Some of these entities don’t have in-house security staff trained to assess and thwart risks,” Bliss said. “The need to have dedicated cybersecurity protocols has become increasingly important as more sophisticated versions of software-based attacks are developed.”

Bliss shared some insights about who is vulnerable to ransomware and ways to protect data from attack.

Question: What is ransomware?

Answer: Ransomware is a type of malicious software that encrypts the data on your hard drive and prevents access until the responsible hackers are paid to release your data. It’s like putting it behind a lock – and you can’t unlock it until you pay the fee. In some cases, the hackers not only lock your data, they threaten to make sensitive information publicly available.

Common targets have been schools and health care providers. For example, hospitals can’t access medical records unless they pay the ransom. Because this data is critical to their operation, they are motivated to pay the fee.

Q: Who is most vulnerable to these attacks?

A: First, everyone is vulnerable to some extent, because of the human factor. Cybersecurity is not only about having the most up-to-date technology, it’s about making sure people understand the risks and practice good cyber hygiene, like avoiding clicking on phishing emails and setting strong passwords.

With that said, older systems that don’t update regularly are particularly vulnerable to ransomware attacks.

Q: How can businesses and municipalities protect themselves?

A: Engage in good cyber hygiene:

Q: With much of America’s critical infrastructure managed by private companies, what can the U.S. federal government do to improve security?

A: Improved policies and regulations can help set basic standards for cybersecurity of critical infrastructure. For example:

Robert Shuter, an intercultural communication scholar at Arizona State University's Hugh Downs School of Human Communication and professor emeritus at the Diederich College of Communication at Marquette University died May 4, in Chicago, after a two-and-a-half-year struggle with brain cancer. He was 74.He served as a visiting professor at ASU in spring semester 2014 and as a research professor ...

Robert Shuter, an intercultural communication scholar at Arizona State University's Hugh Downs School of Human Communication and professor emeritus at the Diederich College of Communication at Marquette University died May 4, in Chicago, after a two-and-a-half-year struggle with brain cancer. He was 74. 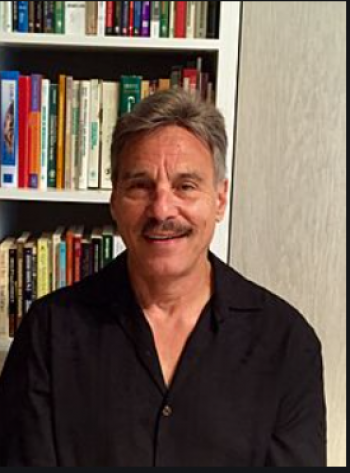 Hugh Downs School Professor Pauline Cheong was instrumental in bringing Shuter to ASU and was involved with his Center for Intercultural New Media Research.

“Bob Shuter will be remembered fondly as a pioneer in the field of new media and intercultural communication,” Cheong said.

“He was a leader of many forums and publications, inspiring faculty and students in the school and abroad, to research the cultural implications of our latest digital and social media. He championed the importance of cultural context and values in shaping technological adoptions and innovations, as well as digital distractions! His wit, his energy and generosity of spirit are dearly missed.”

“He was a major influence in the development of the field of intercultural communication," Broome said. "He was always challenging us and pushing the envelope. We will miss him greatly.”

Shuter taught at the Diederich College of Communication at Marquette University for 41 years. He became chairperson of the Department of Communication Studies after just one year, a position he held for a total of 29 years between 1974 and 1980 and again between 1987 and 2010. He helped bolster the department's reputation in several ways, including recruiting outstanding scholars, improving the curriculum and expanding the graduate program.

His Marquette colleague Lynn Turner credits him for “the very existence of the communication studies program.”

Shuter also taught a wide variety of highly popular courses at Marquette which, according to Steve Goldzwig, “challenged his students to learn deeply,” as well as improve “their understanding, empathy and care for others.”

Several faculty members in the Hugh Downs School have fond remembrances of Shuter:

Rob was a well-known intercultural communication scholar who had a great sense of humor. I have wholeheartedly enjoyed our conversations about intercultural communication and global issues. He was welcoming different points of view, willing to learn about different points of view, and showing respect to diverse cultural values and practices. He will be greatly missed. My prayers and condolences go to his family. — Associate Professor YoungJu Shin

Bob was such a generous, caring colleague. He was a blessing in so many of our lives. He gave generously of his time and knowledge, sharing his expertise and human kindness graciously. He is a model of the teacher/mentor/colleague. I’m so glad that I had the opportunity to work with him for the last six or seven years of his professional life. And Bob was a dear and caring friend. — Professor Linda C. Lederman

I so appreciated him — both as an important intercultural scholar and mentor and as a good friend. I know our grad students appreciated his courses and his mentoring and he was such an active contributor to the school — even as a part-time member. He will be so missed. — Professor Emeritus Judith Martin

What I remember most about Rob is his laser focus. Whenever I talked with him, no matter the topic, it always seemed like I was the most important person in the world. He would listen deeply and make suggestions that were compelling and important. I miss him greatly. — Professor and Interim Director Paul Mongeau

I remember Rob fondly as the spring awaited his arrival to the desert of Phoenix, Arizona, in early spring semesters and his departure back to the Midwest just as summer was heating up in the desert! We became acquainted with topics of intercultural communication and music. Rob was an avid jazz buff who loved the sultry sounds and mixed genres of jazz, blues and R&B, demonstrated in the bands of Wynton Marsalis and Marcus Miller, and duets of Renee Fleming and Kurt Elling. We had planned to attend a jazz concert with our spouses at the MIM, the Musical Instrument Museum in Scottsdale. We spoke of the history of jazz, the beauty of vocal acumen and the impact of such music on the country and the world. We spoke of my visit to Israel and of the cultural heritage of Ethiopian Jews in navigating the rhetorical dynamics of race, culture and discrimination. Rob was always there to lend a gentle word, as when my mother passed away — he shared stories to soothe my soul. I won’t soon forget his distinctive voice in the hallways of Stauffer Hall when he’d salute me with, “There she is! Hey, Olga! How’s it going today?” I’ve missed that voice for a while now. But I won’t forget the smile, the warmth, the laughter and the good conversation that remain in my memories of Rob. Peace, be still, Rob. As is said in the African American spiritual tradition: See you in that ‘Great Gettin’ Up’ morning. — Professor Olga Idriss Davis

To read more about Shuter’s career, visit his Wikipedia page.