B. L. Turner II, Regents Professor in Arizona State University’s School of Geographical Sciences and Urban Planning, was elected to the prestigious American Philosophical Society, the oldest learned society in the United States, founded by Benjamin Franklin in 1743.

The American Philosophical Society has played an important role in American cultural and intellectual life for more than 270 years and continues its mission of "promoting useful knowledge" through research, fellowships and public outreach. 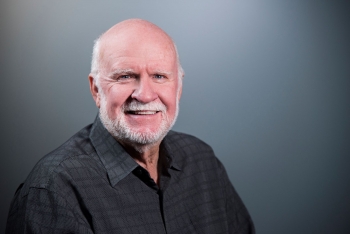 The society honors leading scholars, scientists and professionals through elected membership and opportunities for interdisciplinary intellectual fellowship, particularly in its semiannual meetings. The society also supports research and discovery through grants and fellowships, lectures, publications, prizes, exhibitions and public education. It promotes a forum for a free exchange of ideas with the belief that intellectual inquiry and critical thought are “inherently in the best interest of the public.”

“I have long known of the society and am aware of Benjamin Franklin as its founder. My election comes as quite a surprise, and I am honored by it,” Turner said.

Turner, a geographer engaged in human-environment science and member of ASU faculty since 2008, addresses problems situated at the intersection of society and the biophysical world. His research tackles problems ranging from prehistory to contemporary sustainability.

Turner helped to establish how the ancient Maya peoples transformed their homelands to sustain a large and affluent population, including a range of intensive agricultural practices, for millennia. Additionally, through fieldwork with his students across the tropics, Turner helped to enlarge and apply the concept of induced intensification to understand changes among subsistence and semi-subsistence farmers, foremost in the tropical world. Also, Turner assisted in the development of land system science, addressing land-use and-cover change as a human-environmental system.

The current membership of the American Philosophical Society consists of approximately 1,000 members across a range of disciplines. Less than 6,000 members have been elected since the society’s inception.

“I have been fortunate in my professional career to have had several outstanding mentors, intellectually exciting colleagues and outstanding doctoral students,” Turner said. “This academic 'family' has been and remains pivotal to my career.”

Partnership to help increase diversity in the real estate industry

To help bridge the diversity gap in the real estate industry, the W. P. Carey School of Business at Arizona State University has partnered with Grambling State University, a public historically Black university in rural Louisiana, to offer real estate development courses to eligible GSU students.Less than 6% of all real estate professionals are Black, compared to 76% who are white, according to th...

Partnership to help increase diversity in the real estate industry

Less than 6% of all real estate professionals are Black, compared to 76% who are white, according to the latest data from the U.S. Census Bureau. The National Association of Real Estate Brokers explains that a shortage of Black real estate agents may be a contributing factor to another issue: a widening gap in Black homeownership. The National Association of Realtors estimates that only 42% of the Black population in the U.S. owns a home, compared with 64% of the general population. 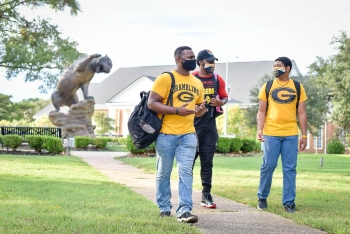 “This pilot program will create an awareness of real estate development as a viable career option for Black people,” said Mark Stapp, executive director of ASU’s Master of Real Estate Development program and Fred E. Taylor Professor in Real Estate. “Real estate is more than an investment, it’s the physical place we see as community. It builds wealth, creates freedom, houses our economy and offers opportunity — it’s the foundation for the success of people and a community.”

Under the terms of the yearlong agreement, which began March 1, the W. P. Carey School will provide institutional guidance, live academic instruction online and oversight for the pilot program. GSU will be the primary point of contact for eligible student enrollment and academic support during the program.

“This partnership supports GSU students being able to expand their training to include the acquisition of skills associated with real estate,” said GSU Provost and Vice President of Academic Affairs Connie Walton. “GSU students will be able to enroll in online real estate courses that are taught by faculty at Arizona State University. We expect that there will be student interest across disciplines at the university.”

Murphy Cheatham, who serves on the Grambling University Foundation Board and is an alumnus of the inaugural W. P. Carey MRED program in 2007, connected the universities and helped put the alliance idea before the Louisiana State University Board of Regents.

“The partnership will go a long way in helping foster more diversity in the commercial real estate industry,” Cheatham said.

The dean of Grambling State University’s College of Business, Donald White, is currently reviewing options related to the establishment of a minor in real estate.