A team of scientists, including Arizona State University’s Evgenya Shkolnik and Parke Loyd, has spotted the largest flare ever recorded from the sun’s nearest stellar neighbor in ultraviolet light, the star Proxima Centauri, host to our nearest exoplanet neighbor. Their research, which was recently published in The Astrophysical Journal Letters, could help to shape the hunt for life beyond Earth’s solar system.

Proxima Centauri is a small but mighty star. It sits just four light-years, or more than 20 trillion miles, from our own sun and hosts at least two planets, one of which may look something like Earth. It’s also a “red dwarf,” the name for a class of stars that are unusually petite and dim; Proxima Centauri has roughly one-eighth the mass of our own sun. But don’t let that fool you. 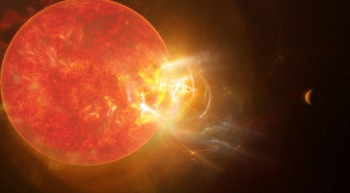 “Stars like Proxima Centauri look different from our sun, and they behave differently too,” explained co-author and School of Earth and Space Exploration postdoctoral scholar Loyd. “In particular, they flare a lot more than the sun, but we are only beginning to understand the magnitude and character of their flares.”

The motivation for this study, led by astrophysics Assistant Professor Meredith MacGregor of the University of Colorado-Boulder, was to better understand these flares — how similar they are to the sun, whether they are likely caused by the same physical mechanisms, and what the impact their high energies might be on the potential for orbiting planets to hold on to their atmospheres and possibly support life.

To do so, the team of scientists observed Proxima Centauri for 40 hours using nine telescopes on the ground and in space. In the process, they got a surprise: Proxima Centauri ejected a flare, or burst of radiation, that ranks as one of the most violent seen on a solitary star anywhere in the galaxy.

“When the data from the Hubble Space Telescope came in and we made our first plot of how much ultraviolet light Proxima Centauri was emitting at each instant of the observations, it immediately became clear that we had caught a remarkable event,” said Loyd. “It was extremely bright and extremely brief. In only a few seconds the star’s ultraviolet radiation grew about 14,000 times brighter. ”

The team’s findings hint at new physics that could change the way scientists understand stellar flares.

Proxima Centauri has long been a target for scientists hoping to find life beyond Earth’s solar system. Proxima Centauri is nearby, for a start. It also hosts one known planet, designated Proxima Centauri b, which resides in what researchers call the “habitable zone” — a region around a star that has the right range of temperatures for harboring liquid water on the surface of a planet.

But there’s a twist, MacGregor said: Red dwarfs, which rank as the most common stars in the galaxy, are also unusually lively.

“A lot of the exoplanets that we’ve found so far are around these types of stars,” she said. “But the catch is that they’re way more active than our sun. They flare much more frequently and intensely.”

And this doesn’t bode well for any squishy organism brave enough to live near the volatile star.

“Humans cannot see ultraviolet light, but some animals, like some species of jumping spiders, can,” explained Loyd. “Imagining we could see ultraviolet light and we were standing on the planet Proxima Centauri b when this flare happened, we would have experienced a blinding flash, just about at the limit of our visual range. If organisms do exist on a planet like this, I suspect they would have to react very quickly to protect themselves at the earliest indication of a flare, and they would need to do this several times per day.”

To see just how much Proxima Centauri flares, the team pulled off what approaches a coup in the field of astrophysics: They pointed nine different instruments at the star for 40 hours over the course of several months in 2019. Those eyes included the Hubble Space Telescope, the Atacama Large Millimeter Array (ALMA) and NASA’s Transiting Exoplanet Survey Satellite (TESS). Five of them recorded that massive flare from Proxima Centauri on May 1, 2019, capturing the event as it produced a wide spectrum of radiation. 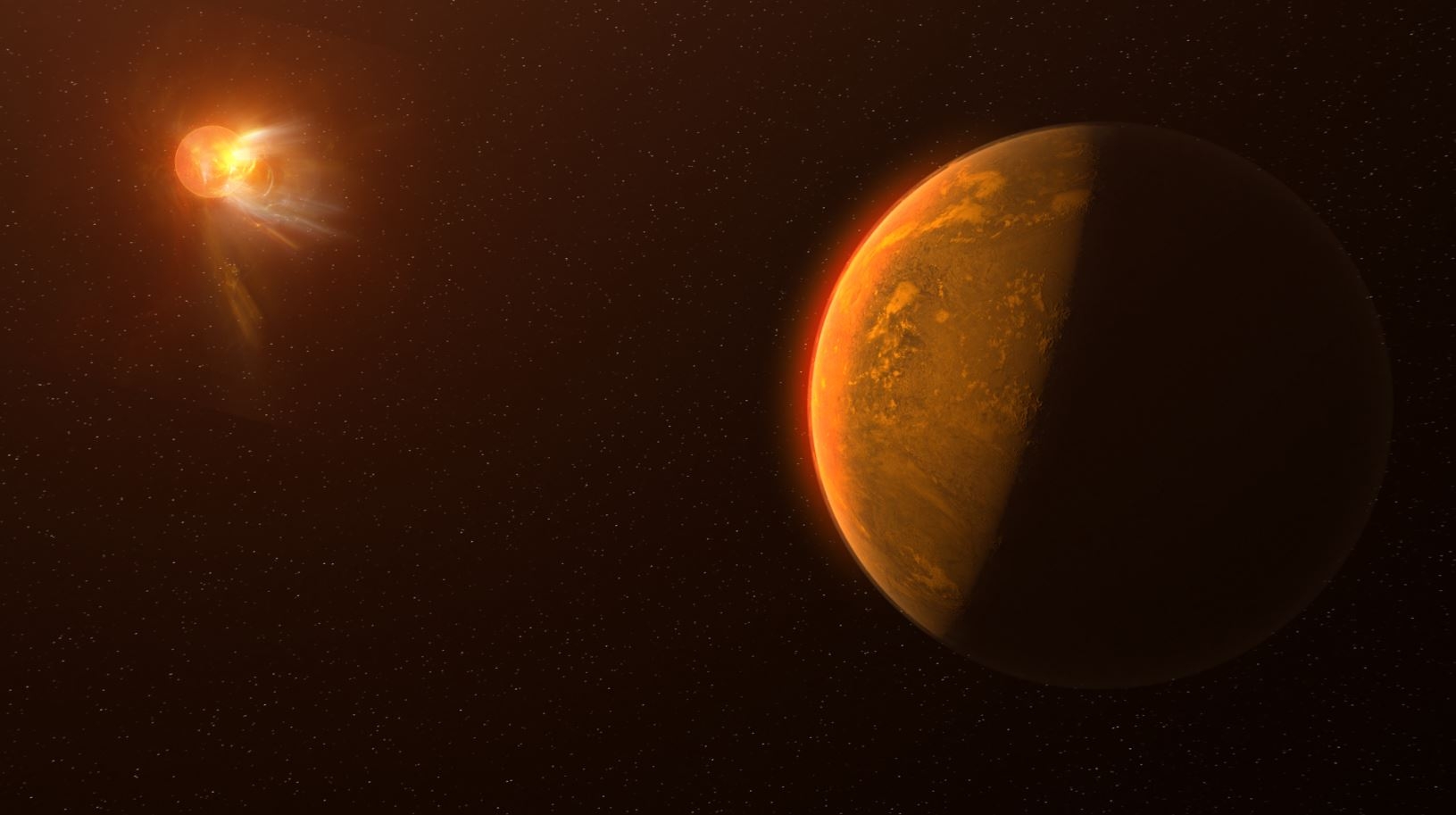 Artist's conception of a violent stellar flare erupting on neighboring star, Proxima Centauri. The flare is the most powerful ever recorded from the star and is giving scientists insight into the hunt for life in M dwarf star systems, many of which have unusually lively stars. Credit: NRAO/S. Dagnello

The ASU team on this project, led by Shkolnik, was responsible for the Hubble Space Telescope observations of Proxima Centauri. Using Hubble, they recorded ultraviolet light observations of the star and analyzed these observations in search of flares.

“This research is a benchmark of how best to study flares from many angles. It reminds me of the old parable about the blind men and an elephant, where different people observe small parts of the elephant and conclude that one part is a snake, another a wall, another a tree,” says Shkolnik. “Only when they look at all the angles together, do they finally understand it is an elephant. This mutliwavelength flare from Proxima Centauri is our first snapshot of the whole elephant.”

The technique of using nine different instruments delivered one of the most in-depth anatomies of a flare from any star in the galaxy.

The event in question lasted just seven seconds. Although it didn’t produce a lot of visible light, it generated a huge surge in both ultraviolet and radio, or “millimeter,” radiation.

“In the past, we didn’t know that stars could flare in the millimeter range, so this is the first time we have gone looking for millimeter flares,” MacGregor said.

Those millimeter signals, MacGregor added, could help researchers gather more information about how stars generate flares. Currently, scientists suspect that these bursts of energy occur when magnetic fields near a star’s surface twist and snap with explosive consequences.

In all, the observed flare was roughly 100 times more powerful than any similar flare seen from Earth’s sun. Over time, such energy can strip away a planet’s atmosphere and even expose life forms to deadly radiation.

That type of flare may not be a rare occurrence on Proxima Centauri. In addition to the big boom in May 2019, the researchers recorded many other flares during the 40 hours they spent watching the star.

“Proxima Centauri’s planets are getting hit by something like this not once in a century, but at least once a day if not several times a day,” MacGregor said.

The findings suggest that there may be more surprises in store from the sun’s closest planetary system.

“Each of these flares will affect the atmosphere and the surface of the Earth-size, possibly Earth-temperature planet that orbits it, and cumulatively they could add up to become a really important factor in the potential for surface life,” said Loyd.

On the one hand, flares could destroy the ozone layer of a planet and make the surface a harsh place for organisms like humans that are burned by ultraviolet radiation. On the other hand, this radiation can power chemical reactions creating molecules that are the precursors to life.

The next steps for the ASU team are to analyze all the flares and determine the relationship between their intensity and how frequently they occur to determine what the cumulative, long-term effects of flares could be for the star's potentially habitable planet.

“Astrobiologists will eventually take the information we have on Proxima Centauri's flares and use it to assess what their effects could be so that we can develop a better sense of whether our closest hope of finding life outside the solar system is actually a good candidate for doing so,” said Loyd.

This article was written by Daniel Strain of the University of Colorado-Boulder with contributions from Karin Valentine of ASU's School of Earth and Space Exploration.

Editor’s note: This story is featured in the 2021 year in review.Arizona State University remains a national leader in addressing sustainability when it comes to research, outreach and stewardship, according to an annual international publication of university rankings announced April 21.That ranking, published by Times Higher Education magazine, has been driven by the university's efforts ... 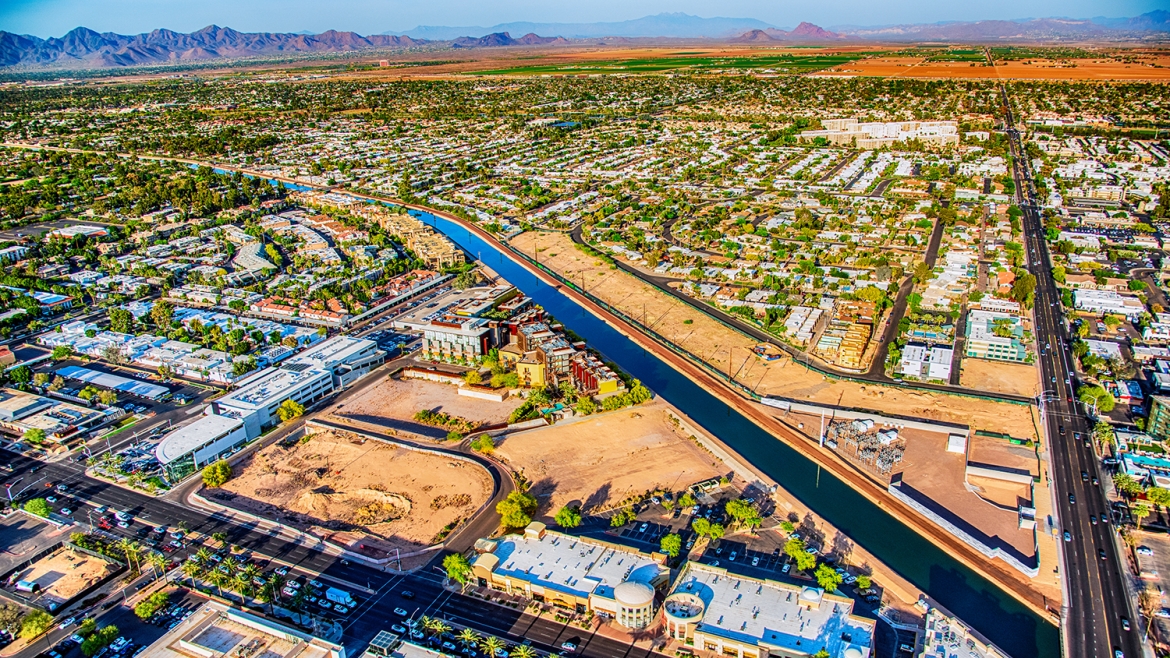 Arizona State University remains a national leader in addressing sustainability when it comes to research, outreach and stewardship, according to an annual international publication of university rankings announced April 21.

That ranking, published by Times Higher Education magazine, has been driven by the university's efforts on such issues as poverty and hunger, gender equality, clean water and air, climate change and providing quality education.

For the second year in a row, the university retained the top national spot when it comes to impacts made addressing 17 specific goals aimed at achieving a better world for 2030, known as the United Nations Sustainable Development Goals (SDG). Adopted by all United Nations member states in 2015, these goals provide a shared blueprint for peace and prosperity for people and the planet, now and into the future.

For 2021, ASU's score of 95.8 out of 100 points put it at No. 1 in the U.S., coming in ahead of Purdue University, the Massachusetts Institute of Technology, Penn State University and the University of North Carolina at Chapel Hill.

ASU’s SDG & Beyond Task Force, co-chaired by the Julie Ann Wrigley Global Futures Laboratory and the Thunderbird School of Global Management, seeks to improve these goals each year on behalf of the university. The two co-chairs reflected on their global leadership journey to ASU.

“As former New Zealand ambassador to the United Nations in 2015, we negotiated the Sustainable Development Goals, and I could not be more impressed with ASU’s contributions and ability to rapidly innovate, replicate and scale meaningful solutions,” said Amanda Ellis, director of global partnerships in the Julie Ann Wrigley Global Futures Laboratory.

Sanjeev Khagram, the CEO, director general and dean of Thunderbird, said he "had the privilege of leading the establishment of the Global Partnership for Sustainable Development Data, the largest multistakeholder initiative launched to achieve the global goals. It is that level of ambition with what we at Thunderbird joined with the Global Futures Lab to make ASU the No. 1 university for SDGs. We must make this the decade of delivery worldwide.”

Rankings and accolades are all well and good, but in tackling these challenges, ASU is demonstrating that it is changing the world through practical global influence for multiplier impact.

Here are a half-dozen of the many ways in which ASU is helping people and the planet prosper:

In this next decade of action and beyond, ASU will continue to be a global leader and transform society through use-inspired research, said Peter Schlosser, vice president and vice provost of the Julie Ann Wrigley Global Futures Laboratory.

“The Sustainable Development Goals are designed to build a future with improved well-being for all humankind on a healthy planet,” Schlosser said. “Our purpose at ASU is not only to support these goals by aligning our programs and service to local and global communities, but to build upon them beyond 2030 so that we, as a global community, are shaping and creating bold ideas for a planet-positive future through opportunity, not sacrifice.”