Emily Creasman lived in California and North Carolina before her family settled in Phoenix, which she now considers her home. Going into college, she thought she wanted to major in music because she enjoyed marching band and drumline in high school, but she developed an interest in learning Korean, which led to a curiosity in Korean culture. 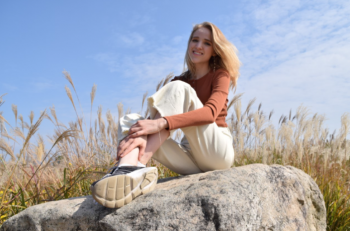 She enrolled at Arizona State University and declared her major in East Asian studies from the School of Historical, Philosophical and Religious Studies and added a minor and certificate in Korean studies from the School of International Letters and Cultures, and received many scholarships including the Foreign Language and Area Studies Fellowship, John and Sandra Koo Scholarship Award and the ASU Academic Achievement Scholar Award.

Creasman was studying abroad in South Korea during her junior year when news of the coronavirus began to pick up. After about seven months of studying there and after signing up for her spring classes, things began to change.

“I remember first hearing about COVID-19 around mid-to-late January or early February,” Creasman said. “At that point, though, people just viewed it as something happening outside Korea. I even visited Japan for a week at the beginning of February without any major concerns.”

When mid-February rolled around, there was an outbreak in the South Korean city of Daegu and from there COVID-19 began to spread in the country.

“The week after I signed up for my second semester classes, my program got canceled and I was told I needed to come home immediately,” Creasman said. “I remember sanitization stands began popping up everywhere. The subways were also eerily empty and announcements telling everyone to wash their hands and wear masks would play on the speakers constantly.”

She went to the hospital to get a negative test result before flying back home to avoid any issues at customs. After filling out some forms and mentioning her trip to Japan, she was whisked away to answer questions and had a nasal swab done by a woman in a hazmat suit.

“I then had to pack up my apartment within the week and flew home on the last available flight to the U.S., which was at the beginning of March,” Creasman said. “There wasn’t really anyone else in the airport besides those on my flight so it felt strange. It all happened rather quickly.”

She ended missing the spring semester due to the timing of having to come back to the U.S. and had to make up her classes during the summer. Despite these set-backs, she is graduating this semester as she had planned.

Answer: I decided to major in East Asian studies when I first entered ASU. I’ve thoroughly enjoyed it since the beginning, but if I had to pick one stand-out moment I’d say it was when I studied abroad in South Korea my junior year. I enjoyed learning about Korean culture prior to that, but getting to experience it first hand was entirely new and I believe necessary in confirming for me that I loved my field of study.

A: Throughout my time at ASU, I’ve become very fascinated by religious studies, particularly in the field of eastern religions. Prior, I never would've considered studying religion in depth so that’s been a pleasant evolution. I hope to continue studying it further even after I graduate! Overall, I’ve learned that the ways in which people navigate and comprehend the world are vastly different and that everyone can learn something from each other.

A: I chose ASU firstly because it’s where my dad and brother attended but secondly, it was because they had classes in what I wanted to study!

A: All the professors I’ve had were truly amazing — they all pushed me to do my best. The professors and teachers that left the greatest impact on include Professor (Sookja) Cho, Professor (Bomi) Oh and my teacher Daeun Shin.

A: First, I’d say to find a group of people that you can connect with. ASU is huge so I think finding your own niche is extremely important. In terms of school work, my mom used to always tell me that whatever the situation or assignment, it won’t last forever so, “just get it done.” Perhaps that sounds harsh, but for someone who obsesses over having every assignment done perfectly, it’s a nice reminder to calm down.

A: When I was on campus I really liked the little café located in Hayden Library — it was so cute! Now, with everything being online, I rotate between my desk and my bed at home.

A: After graduating with my undergraduate degree, I hope to begin a graduate certificate program along with an internship program that will send me abroad to Seoul, South Korea. After that, my goal is to begin working overseas in the field of tourism!

A: That’s a tough question — there’s a number of important issues that come to mind. First, I’d want to help support those who are suffering from the race and ethnic inequalities, and hate crimes that are happening around the world. The other thing I’d want to contribute the money to is finding a cure to cancer — I lost my mom to cancer last year so that’s something rather personal for me.

Editor's note: This story is part of a series of profiles of notable spring 2021 graduates.James ‘Jamie’ Edmonds grew up on a dirt road in York County, South Carolina and spent a considerable amount of time wandering the woods. As he considered his next step in life, going to college or working in an automotive shop, the Sept. 11 attacks happened.“This sent my small town into a bit of a fr...

James ‘Jamie’ Edmonds grew up on a dirt road in York County, South Carolina and spent a considerable amount of time wandering the woods. As he considered his next step in life, going to college or working in an automotive shop, the Sept. 11 attacks happened. 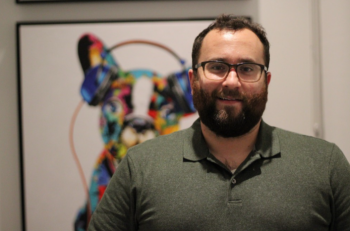 “This sent my small town into a bit of a frenzy,” Edmonds said. “I became very aware of the hatred and violence that was a part of where I lived. So many friends and their parents appeared to hate this massive group of people who I knew nothing about.”

He had an interest in religion and was very confused and concerned about the way people were viewing the Islamic religion. So when he went to college, he decided to study religion. Now, he is graduating with his PhD in religious studies from the School of Historical, Philosophical and Religious Studies.

His dissertation evaluates the popularity of an Indonesian singer and the performances he gives.

“For the last seven years, I have been following the popular Islamic performances by Habib Syech bin Abdul Qadir Assegaf around Indonesia and other parts of Asia,” Edmonds said. “He brings tens of thousands of people together to listen and participate in these devotional Islamic signs, and I have traveled extensively with him, his musicians and the crew to better understand what makes these events so popular.”

In addition to earning his doctorate, Edmonds received over 20 awards and scholarships while attending Arizona State University including numerous Foreign Language and Area Studies fellowships and a Fulbright scholarship.

Answer: My aha moment for continuing to study religion passed my bachelor’s was a trip to India with my professors from the College of Charleston. I spent about six weeks traveling with my professors across India. This opened my eyes to an incredibly rich and complex world that I wanted to understand. I will never forget standing at the base of a Buddhist monastery or seeing a sound and the Hare Krishna sound and light show we attended.

A: Everyone from students to the most advanced professor is faking it until they make it. There is no perfect measure of progress, and the more you try to force an arbitrary set of measures on individual situations, the more stress you create. This drive for perfection and progress often hinders learning.

A: I wanted to work with certain professors at ASU who did things that I was also interested in.

A: No singular professor taught me the most important lesson. I had the opportunity to learn so much from so many professors both inside and outside of the classroom that it would be hard to choose.

A: Stop restricting yourself to things, people, experiences that you think you deserve or are interested in. Explore the vastness of knowledge with humility and curiosity.

A: I am going to be honest. I spent a lot of time in an office with no windows. So, anytime I got to see the sun and walk around campus was awesome.

A: I am currently working several jobs including cybersecurity and database management. I hope to purchase a house in the Phoenix area, support my wife's passions, have some children, start a garden and build furniture out of wood.