Just over a year ago, governments around the world issued stay-at-home orders, significantly changing day-to-day lives in an instant. Working from home, postponing travel, having groceries delivered to front doors and ordering “to go” at restaurants are just a few ways many habits have changed.

But which of these changes are likely to be maintained in a post-COVID-19 world? 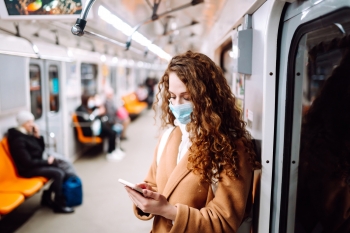 Researchers from Arizona State University, alongside colleagues from the University of Illinois Chicago, conducted a nationwide survey to measure the potential for lasting changes and what they could mean for our cities.

“Many observers have put forth ideas about how the pandemic will change how we live for the long term, but nobody that we've seen has concrete evidence to support or refute these predictions,” said Deborah Salon, associate professor in ASU’s School of Geographical Sciences and Urban Planning and co-principal investigator of the COVIDFuture Survey. “We collected the data in order to provide this evidence, and we are sharing it so that it can be used to help plan for what's next.”

The COVIDFuture research team — which also includes Sybil Derrible, co-principal investigator and associate professor from the University of Illinois Chicago, and Ram Pendyala, professor with ASU’s School of Sustainable Engineering and the Built Environment — collected online survey responses from over 8,700 adults across the U.S. and weighted the dataset to be representative of the U.S. adult population.

The group is now releasing the full de-identified Wave 1 dataset to be used by city planners, businesses, researchers and others interested in understanding how people’s choices in the U.S. have evolved during the pandemic and their expectations for the future. The data include information about travel-related behaviors and attitudes. 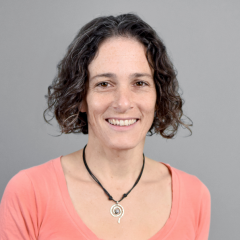 “The data can be used to understand how the pandemic has affected people's choices about remote work and commuting, studying for adult students, restaurant dining, shopping, air travel, daily mobility and home location,” Salon said. “Importantly, the data include respondent expectations about what they plan to do post-pandemic in each of these areas, which can provide insights into the long-term effect of the pandemic on behavior.

“These data provide decision-makers with concrete information about what to expect in a post-pandemic ‘new normal,’ especially how people's choices will and won't differ from the pre-pandemic ‘normal.’”

For more information on the survey, visit covidfuture.org, with the data available for download here.

Editor's note: This story is part of a series of profiles of notable spring 2021 graduates.Emily Creasman lived in California and North Carolina before her family settled in Phoenix, which she now considers her home. Going into college, she thought she wanted to major in music because she enjoyed marching band and drumline in high school, but she developed an interest in learning Korean, which l...

Emily Creasman lived in California and North Carolina before her family settled in Phoenix, which she now considers her home. Going into college, she thought she wanted to major in music because she enjoyed marching band and drumline in high school, but she developed an interest in learning Korean, which led to a curiosity in Korean culture. She enrolled at Arizona State University and declared her major in East Asian studies from the School of Historical, Philosophical and Religious Studies and added a minor and certificate in Korean studies from the School of International Letters and Cultures, and received many scholarships including the Foreign Language and Area Studies Fellowship, John and Sandra Koo Scholarship Award and the ASU Academic Achievement Scholar Award.

Creasman was studying abroad in South Korea during her junior year when news of the coronavirus began to pick up. After about seven months of studying there and after signing up for her spring classes, things began to change.

“I remember first hearing about COVID-19 around mid-to-late January or early February,” Creasman said. “At that point, though, people just viewed it as something happening outside Korea. I even visited Japan for a week at the beginning of February without any major concerns.”

When mid-February rolled around, there was an outbreak in the South Korean city of Daegu and from there COVID-19 began to spread in the country.

“The week after I signed up for my second semester classes, my program got canceled and I was told I needed to come home immediately,” Creasman said. “I remember sanitization stands began popping up everywhere. The subways were also eerily empty and announcements telling everyone to wash their hands and wear masks would play on the speakers constantly.”

She went to the hospital to get a negative test result before flying back home to avoid any issues at customs. After filling out some forms and mentioning her trip to Japan, she was whisked away to answer questions and had a nasal swab done by a woman in a hazmat suit.

“I then had to pack up my apartment within the week and flew home on the last available flight to the U.S., which was at the beginning of March,” Creasman said. “There wasn’t really anyone else in the airport besides those on my flight so it felt strange. It all happened rather quickly.”

She ended missing the spring semester due to the timing of having to come back to the U.S. and had to make up her classes during the summer. Despite these set-backs, she is graduating this semester as she had planned.

Answer: I decided to major in East Asian studies when I first entered ASU. I’ve thoroughly enjoyed it since the beginning, but if I had to pick one stand-out moment I’d say it was when I studied abroad in South Korea my junior year. I enjoyed learning about Korean culture prior to that, but getting to experience it first hand was entirely new and I believe necessary in confirming for me that I loved my field of study.

A: Throughout my time at ASU, I’ve become very fascinated by religious studies, particularly in the field of eastern religions. Prior, I never would've considered studying religion in depth so that’s been a pleasant evolution. I hope to continue studying it further even after I graduate! Overall, I’ve learned that the ways in which people navigate and comprehend the world are vastly different and that everyone can learn something from each other.

A: I chose ASU firstly because it’s where my dad and brother attended but secondly, it was because they had classes in what I wanted to study!

A: All the professors I’ve had were truly amazing — they all pushed me to do my best. The professors and teachers that left the greatest impact on include Professor (Sookja) Cho, Professor (Bomi) Oh and my teacher Daeun Shin.

A: First, I’d say to find a group of people that you can connect with. ASU is huge so I think finding your own niche is extremely important. In terms of school work, my mom used to always tell me that whatever the situation or assignment, it won’t last forever so, “just get it done.” Perhaps that sounds harsh, but for someone who obsesses over having every assignment done perfectly, it’s a nice reminder to calm down.

A: When I was on campus I really liked the little café located in Hayden Library — it was so cute! Now, with everything being online, I rotate between my desk and my bed at home.

A: After graduating with my undergraduate degree, I hope to begin a graduate certificate program along with an internship program that will send me abroad to Seoul, South Korea. After that, my goal is to begin working overseas in the field of tourism!

A: That’s a tough question — there’s a number of important issues that come to mind. First, I’d want to help support those who are suffering from the race and ethnic inequalities, and hate crimes that are happening around the world. The other thing I’d want to contribute the money to is finding a cure to cancer — I lost my mom to cancer last year so that’s something rather personal for me.