Three Arizona State University professors have received a prestigious National Endowment for the Humanities grant for $100,000 to create an undergraduate certificate program in artificial intelligence in digital culture in the School of Arts, Media and Engineering.

The team — Assistant Professor Suren Jayasuriya, Associate Professor Ed Finn and Professor Sha Xin Wei — spent the last year designing the new curriculum with the help of an NEH planning grant they previously received. Outcomes of the project included podcasts produced by the Center for Science and the Imagination with notable figures such as Katherine Bouman, who helped take the first image of a black hole; Moya Bailey, a Black queer feminist scholar, writer and activist; and Regina Kanyu Wang, a science fiction writer, researcher and critic from Shanghai. 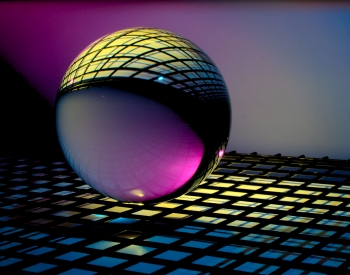 "Our planning process last year yielded productive conversations with scientists and engineers, humanities professors and science fiction writers,” Suren said. “We also prototyped new classes such as AME 494 Minds and Machines, where students learned how to prototype AI algorithms while reading and writing about philosophy of mind, cognitive science and their limitations. All these activities gave us insight into developing a new certificate program."

With the new three-year grant, the team plans to implement its curriculum design to create the undergraduate certificate program, including experiential learning for students and online modules for dissemination.

“This is a very impressive project,” one of the application reviewers commented. “In addressing AI and bringing humanities consideration to future designers and engineers, it not only educates but – without exaggeration – holds the potential to make the future safer and more ethical.”

This project was one of eight that received funding from 41 proposals submitted in its category and part of the National Endowment for the Humanities recent announcement of $24 million in grants for 225 humanities projects across the country.

Creativity School of Arts, Media and Engineering Center for Science and the Imagination Herberger Institute for Design and the Arts Arts Technology Engineering Grants / Awards Faculty

ASU film grad is a shining example of survival

Editor's note: This story is part of a series of profiles of notable spring 2021 graduates.Omar Hashem never gave up.As a teenager with a hobby in photography, he didn’t give up when he needed money to upgrade his equipment. Instead, he worked for three summers to earn the money for a new camera and lenses. He didn’t give up his passion for film despite growing up in Saudi Arabia during a ti...

ASU film grad is a shining example of survival 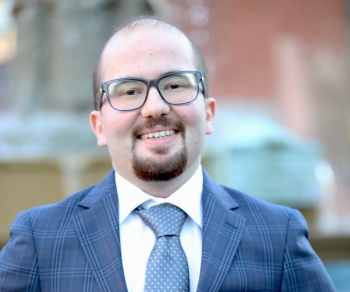 Now, a year and half after his second double lung transplant, Hashem is graduating with a Bachelor of Arts degree in film and media production from The Sidney Poitier New American Film School.

Growing up in a country without a cinematic tradition, Hashem said he always hoped a time would come when that would start to change – and he wanted to be a part of that change. After his first transplant, his parents agreed to let him study film, and he became one of the first Saudi Arabian students to be granted a visa from his country to study film. While traveling on a ferry in New York City, he met a friend by chance who told him about ASU’s fast-growing film program in the Herberger Institute for Design and the Arts. The conversation motivated him to apply to ASU, where the film program became a school in 2020.

After graduating, Hashem will continue his education as a graduate student in the Heberger Institute’s Creative Enterprise and Cultural Leadership program. He said he plans to move to Los Angeles eventually to work on films, and he intends to bring film/media entertainment to his home country and other Arab markets that have no industry infrastructure.

During his time at ASU, Hashem’s perseverance and dedication have inspired his peers and his mentors.

“In a world where we literally had to relearn how to breathe and share space with each other, Omar was a shining example of how to survive with grace, humility and confidence,” said Jason Davids Scott, interim director of The Sidney Poitier New American Film School. “His work in every class has been exceptional, even when he has been hospitalized and needed accommodations. His presence on film sets, his gentle demeanor and warm smile, and his unfailing belief in the talent and abilities of his peers has made him an outstanding producer and someone who is universally loved and admired.”

Answer: As we watch movies in theaters we never think about how complicated it is to make a film, but now after studying (film) I’ve realized the creative process and understand all of the roles of who works in movies.

A: As a person who came from a place that doesn't really have any teachers or professors who teach film, all of the professors have added a lot to my knowledge, so I cannot really choose one. But as someone who wants to produce films in the future, Professor Chris LaMont for sure was notable. I also learned a lot from Professor and Interim Director Jason Davids Scott, especially regarding topics that talk about the history of film.

A: Film school is a place to build yourself and your connections. Never feel shy and always try to introduce yourself to others. Moreover, if your short film project didn't turn out the way you wanted, you should still be proud of it and remember that no one will succeed from the first try. You should never give up.

A: Noble Library was always my best place to study. In addition, the coffee shops around the school were great to meet friends and socialize.

A: As a cancer survivor and an organ recipient, I would love to build an organization that helps people who go through organ failure and cancer and give them the support they need in order to progress in their life and get their education.