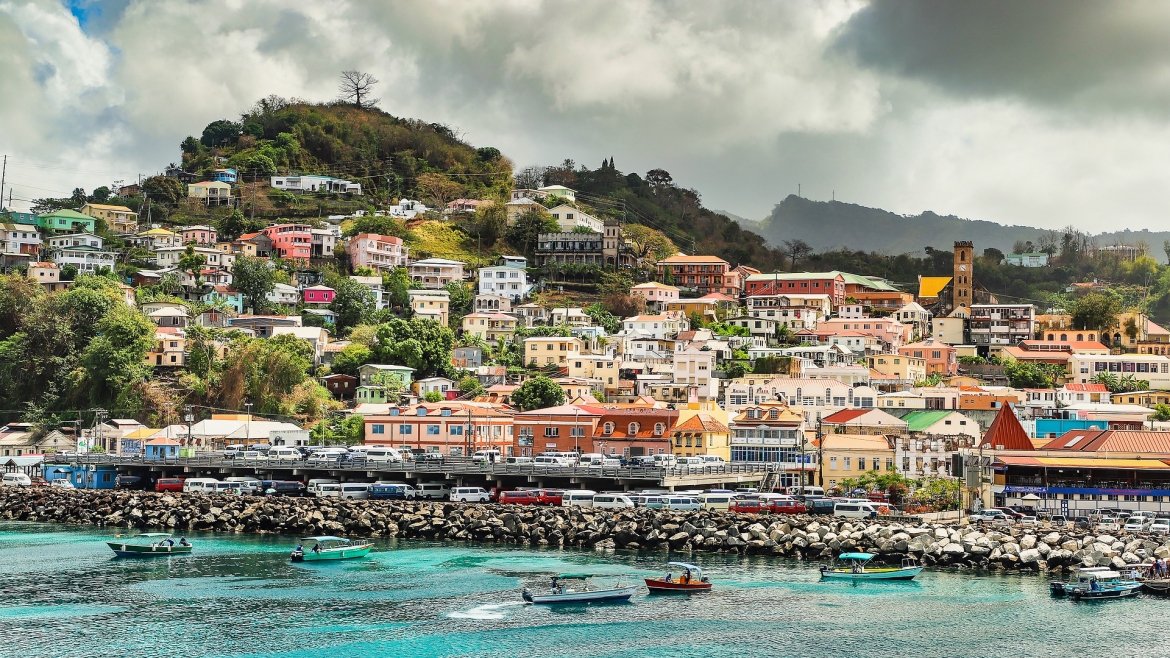 Charles Katz, the Watts Family Director of the ASU Center for Violence Prevention and Community Safety, and Wendy Wolfersteig, director of the Office of Evaluation and Partner Contracts at the Southwest Interdisciplinary Research Center, spent the past several months teaching methods of crime analysis to several dozen people whose countries have never used data techniques to fight crime before.

The trainees were from Trinidad and Tobago; Suriname; Guyana; Grenada; St. Kitts and Nevis; Antigua and Barbuda; Barbados; St. Vincent and the Grenadines; and St. Lucia.

Those countries have police officers and law-enforcement officials, but no organized collection or analysis of crime data, said Wolfersteig, who also is an associate research professor in the School of Social Work.

“It was ‘boots on the ground,’ day-to-day work and not that evaluation and analysis of the overall picture of events that were occurring, and what the data tell us,” she said.

“One is the administrative function – being aware of how many crimes occur by day, by month, what types of crimes occur. Those are simple things to let you know what a problem looks like from 20,000 feet,” he said.

Second, tactical crime analysis can help police manage when and where crimes might occur.

“It’s who to look for, a wanted person or a serial burglar, the time periods and days of the week,” he said.

“For example, if there’s a problem with domestic violence in a community, they can use this information to develop multiple responses,” said Katz, who has worked with Caribbean nations to address gang problems.

Katz and Wolfersteig originally started the training in person in Barbados, but the pandemic forced the project to go remote.

The project was funded by the U.S. Agency for International Development, which supports U.S. foreign policy and advances national security, and the United Nations Development Programme, which works to eradicate poverty. The agencies wanted to create an official online reporting mechanism to pinpoint criminal incident data in the Caribbean region, Katz said.

“Let’s say your car is stolen in Phoenix. The police come, fill out a report, type it into the computer and create an official report,” he said.

“These Caribbean nations didn’t have that. They had to develop a form with the same definitions across the countries. They needed common definitions, and our job was to show them how to extract and analyze the data.

“Some of these nations do not have the infrastructure that we are used to in terms of internet accessibility, and it was tough on them.”

In order to make the project sustainable, Wolfersteig taught five people to be trainers themselves.

“My office has done quite a bit of work with community groups, helping people to not only understand crime and other data but teaching them how to do their own work and continue that work,” said Wolfersteig, whose office works with partners to design and perform evaluations, provide trainings and disseminate findings.

She taught the trainers how to be facilitators.

“What does it mean to facilitate learning? You don’t want to just lecture, you want to teach them how to interact with people,” she said.

Katz has trained crime analysts locally and in other countries, including Honduras. From 2004 to 2010, he worked with the Ministry of National Security of the Republic of Trinidad and Tobago to develop a comprehensive plan to reform police services, including adding crime analysts.

“Not even all U.S. police agencies have crime analysts because it’s expensive.”

Sadio Harris, operations manager for the Regional Crime Observatory in Barbados, was trained by the ASU team to become a trainer.

"As I took the course, the concept of 'adult learning' was embedded within my consciousness as a mechanism to associate new knowledge and information to previously learned information and experiences," he said.

"I have no doubt that this new association technique, buttressed by the different types of learning styles, such as auditory, visual and kinesthetic, will enhance the Regional Crime Observatory's communication strategy.

"The RCO team is now capable of training its regional membership in the use of crime mapping, evidence-based policing, tactical, strategic and administrative crime analysis, which adds a new dimension to crime reporting."

Arizona State University transfer student Elizabeth Figueroa always knew that she wanted to go to college — her parents inspired her, as they both had bachelor's degrees. As an international student, she first chose to go to Mesa Community College to save money, knowing that she would be able to transfer many of her credits to ASU. She participated in the MAPP MyPath2ASU program from Mesa Com...

Arizona State University transfer student Elizabeth Figueroa always knew that she wanted to go to college — her parents inspired her, as they both had bachelor's degrees.

As an international student, she first chose to go to Mesa Community College to save money, knowing that she would be able to transfer many of her credits to ASU. She participated in the MAPP MyPath2ASU program from Mesa Community College and is now studying neuroscience with a minor in psychology from The College of Liberal Arts and Sciences. 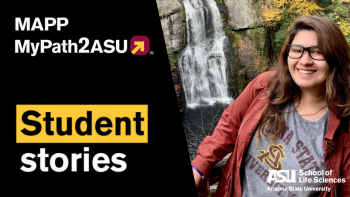 But Figueroa doesn't want to stop there. She plans to eventually pursue her PhD to go into research and possibly to become a professor at a university.

Here we talk to Figueroa about her educational journey, and what research she hopes to conduct in the future.

Question: What inspired you to pursue higher education?

Answer: I always knew I wanted to go to college and pursue my PhD, eventually to go into research and maybe become a professor at a university. What it inspired me the most was my passion for understanding and helping people with brain health issues as these conditions are very stigmatized and hard to diagnose sometimes.

Q: Why did you choose your major?

A: I chose my major because I knew I wanted to do science, specifically the brain. So biosciences (neurobiology) with the School of Life Sciences was the perfect choice and I got to choose many courses that focused on neuroscience.

A: Because of its research opportunities, their big international community, the fact that there are so many opportunities within the school and how they helped their students and the community as well.

Q: How did the MAPP MyPath2ASU or MyPath2ASU transfer experience help you?

A: It helped stay on track of my courses and to make sure I would be able to transfer those courses so I would not waste money and time!

Q: Were you involved in any clubs or organizations at your community college?

A: Only the International Students Club and International Student Come and Chat. I was mainly involved working as a student worker on campus; I had many jobs during my education at MCC. I worked at the Disability Resources Services as a student assistant helping students with disabilities succeed in their classes, I also worked at the Community Outreach Center where I helped many high school students enroll at a community college to start pursuing higher education. Then I worked at the New Student Welcome Room; here I had the opportunity to work even more with all different kinds of students and helped them enroll into classes, did some advising for their first year and had orientations for first time students enrolling at MCC.

Q: Are you involved in any clubs, organizations, research or internships at ASU?

A: Yes. I belong to a few, the CIS (Coalition of International Students), Women in STEM, Neurodevils, SteamUP. I am also working as a research aide with Dr. (Heewon) Kim on healthy and unhealthy habits and behaviors in the Hispanic community, and working as a Transfer Student Ambassador team lead.

Q: What is one piece of advice you would give to a new ASU transfer student?

A: Know the resources ASU has to offer — tutoring, SAILS, libraries, ASU Sync resources like borrowed laptops, hot spots — they pretty much have everything we need and if they don't, they'll do their best to help us. And join clubs and organizations to get involved. I found it to be extremely helpful on finding research, internship and student worker opportunities!