Anna Cichopek-Gajraj is a faculty affiliate of the Melikian Center: Russian, Eurasian, and East European Studies

Cichopek-Gajraj, who is an associate professor of history at the School of Historical, Philosophical, and Religious Studies, and a faculty affiliate of the Melikian Center: Russian, Eurasian, and East European Studies and of the Center for Jewish Studies, is currently conducting research with the help of a 2020–21 Ben and Zelda Cohen Fellowship from the U.S. Holocaust Memorial Museum. 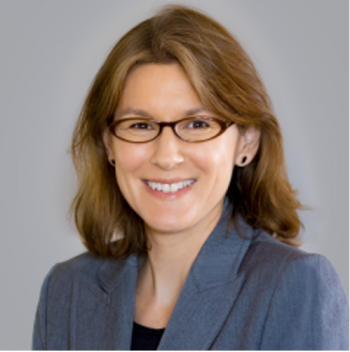 This fellowship has allowed Cichopek-Gajraj to focus on her new book project, tentatively titled "In Transit: Global Migrations of Polish-Jewish and Ethnic Polish Families after WWII (1940s-1950s)."

ASU News spoke with her about her fellowship and her research.

Question: Could you give a short statement on your book in layman’s terms?

Answer: My book "In Transit" will focus on the global displacement of Polish Catholic and Jewish families in the aftermath of World War II. It aims to, first, go beyond a linear narrative of postwar migrations from the DP camps to the United States. Second, it integrates Polish Jewish and Catholic experiences, which are almost exclusively narrated in isolation from each other. Third, it focuses on refugees' agency, placing it within gendered family dynamics and the broader historical contexts. The project draws extensively on oral histories in addition to a variety of archival sources, mainly from immigrant organizations.

Q: In addition to conducting extensive research on Polish-Jewish relations, anti-Semitism and ethnic violence, you have served as director for Poland for John J. Hartman's Foundation of Remembrance and Reconciliation and received the Shofar Zachor Award from the Phoenix Holocaust Survivors' Association for your work in Holocaust education and community interaction. There is a public-facing ethos to your work that goes beyond that of most academic historians. How do your research and community work inform your approach to the other?

A: I must first admit that this public-facing work does not come easy to me. By disposition, I’m a rather shy person for whom public events always come with a good deal of stress. But when I joined ASU in 2011, there was no question that public outreach will be an important aspect of my intellectual endeavors here. I came to work with these wonderful and formidable directors of two centers: Hava Samuelson at the Center for Jewish Studies and Steven Batalden (now retired) at the Melikian Center.

Both have been great champions of public outreach for years; they well understand and advocate the importance of relationships with the community at large. They have always emphasized that we are not an ivory tower but have profound responsibility to serve the public. This, of course, is one of the most important missions of ASU more broadly. I immediately understood that I’m a public scholar here! I cannot hide in my office doing research and share my expertise with students and peer scholars only, I must engage with our Valley communities. In my case, that meant mainly Jewish and ethnic Polish communities. And it has become an incredibly fulfilling and enriching experience and I’m always happy to provide either my academic expertise or any other help if needed. I have met hundreds of amazing people; some of them became my friends. I especially cherish my friendships with Holocaust survivors here in the Valley and the U.S. more broadly. It’s not surprising then that the Shofar Zachor Award was an honor of my life! I’m not saying anything original when I stress how important education on the Holocaust, in particular, and xenophobia and ethnic violence, in general, is these days.

How do the two inform each other? Thanks to my public work, I became much more comfortable in reaching out to both Jewish survivors and ethnic Poles with requests for interviews for my new research project. Some of these interviews came to fruition solely thanks to the relationships which started during my public meetings. It also, I think, made me a better writer. I now think about the broader audience, not just the academic one, when I draft my texts.

With my academic and public work, I try to also build bridges between ethnic Polish and Jewish communities which do not often see eye to eye, to put it mildly. I think as a non-Jewish historian, a native of Poland, who does work in Polish-Jewish history, I have a unique position and special responsibility to facilitate conversations about our difficult histories. I am currently on leave, but whenever we organized events in Polish-Jewish history, I reached out to the Polish community in Phoenix. Our former honorary consul Bogumił Horchem and his wife Elżbieta were great supporters of these efforts.

Softball Forces Extras at No. 2 UCLA, Falls In Pac-12 Opener

Softball Forces Extras at No. 2 UCLA, Falls In Pac-12 Opener