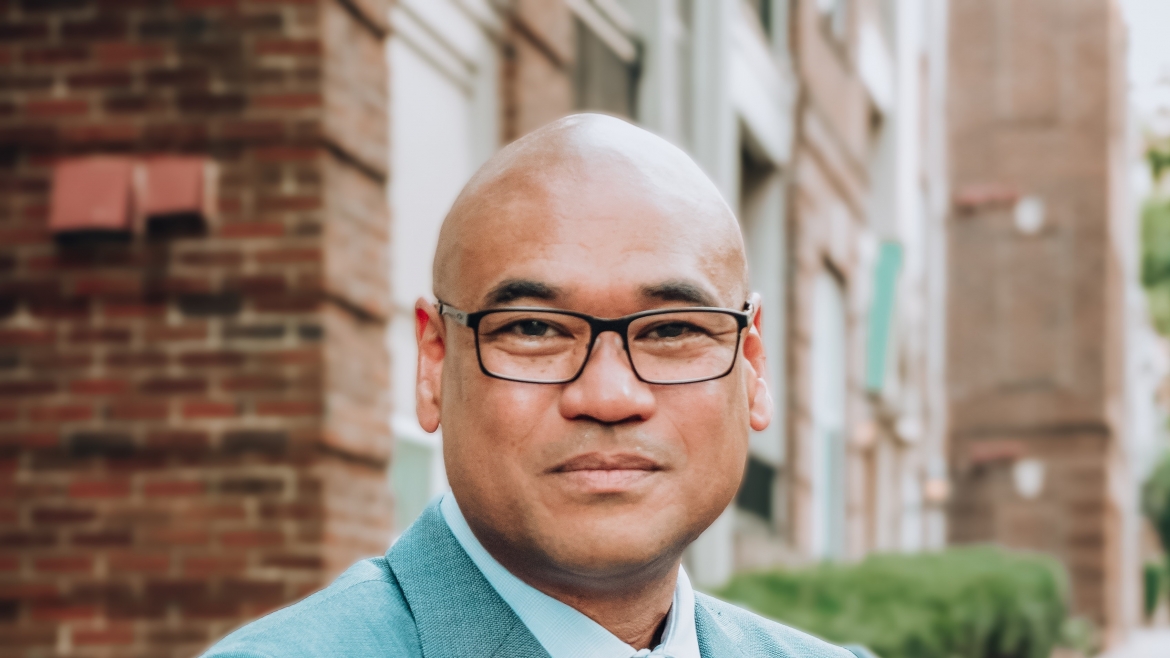 Throughout almost three decades in the Army, Brian Ridley had three things he came to depend on: a diverse team that felt like family, embeddedness in the community and mentorship.

A lieutenant colonel, he had gone from conducting reconnaissance as a cavalryman in the Balkans, Iraq and Afghanistan — leading thousands of troops, advising foreign ministries and negotiating bilateral commitments between countries — to advising as a senior strategist in Washington, D.C., where he headed the group responsible for large-scale planning of complex, high-level events attended by presidents, members of Congress and judicial leaders, such as inaugurations, state funerals and State of the Union addresses.

As retirement loomed, the traditional civilian job at the Pentagon held no interest for him. He had dealt with “gray areas” in his work as a strategist (the legal issues surrounding domestic deployment of the Army to the U.S. Capitol in Washington, D.C., which is not a state, for instance). He wanted to bolster that strategic and operational experience with a legal education.

His reconnaissance skills pointed him to Sandra Day O’Connor College of Law at Arizona State University, where he will be in the first cohort of the new Advance Program.

Launching in fall 2021, the Advance Program will produce the next generation of legal leaders. In furtherance of ASU’s Charter, the goal of the Advance Program is to foster an inclusive community at ASU Law, particularly for first-generation students, students of color and students who have overcome adversity. It’s a yearlong program bringing together a cohort of 20 students who can offer different perspectives from ethnic, cultural, religious and other backgrounds.

Ridley has faced plenty of adversity in his life, and it didn’t always come from the enemy lines. Half Black and half Japanese, attending high school in Nebraska in the early '90s had its challenges. He was desperate to fit in and became overly diplomatic, ignoring racist jokes.

“I felt lost with my 19-year-old brain’s default set to ‘not good enough,’” he wrote in a statement to the law school.

At the end of his first year of college, he was suspended after academic probation.

He enlisted in the Army, where there is only one color: green. Here were people from every background, welded into a homogenous warrior culture. He served in the Army Reserve, worked 30 hours a week, and lived off campus to cut costs. Five years later, the governor of Nebraska called him to the stage and declared Ridley the University of Nebraska’s Distinguished Military Graduate of 1996. He was commissioned as a second lieutenant and set off on an amazing career.

Flash forward to 2021 and military retirement on the horizon.

“I was looking for a team,” Ridley said. “I needed a diverse place. I wanted to ensure that that team was ingrained in the community. So I didn't use that word, but community is what I'm actually looking for. I needed a microcosm of every military post that I've ever lived on, and that was ASU. And then just to boot, it was well-respected. I mean, it was an easy, easy call.”

Among the advantages the Advance Program offers are early opportunities to interact with ASU Law faculty and staff, current students, ASU Law alumni and members of the Arizona legal community, all of whom work with those selected to grow as lawyers and future leaders. The program continues throughout the students’ first year of law school, offering events and programming open only to the Advance Program's cohort. In their second or third year of law school, the group will be offered a trip to ASU’s Los Angeles or Washington, D.C., locations.

Each Advance Program participant will also be paired with an attorney and a 2L/3L student mentor. This network from within the law school community and beyond are committed to helping students realize their professional goals.

The mentorship aspect of the program appealed to Ridley.

“One of the first things I saw was this 2L/3L mentor as a student, and then someone in industry that provides mentorship,” he said. “So I am a mentor to many majors and captains and I have been a mentee and I play such high value on that. … And I don't mean mentor by, ‘Hey do this with this professor.’ That's not the mentoring I'm talking about. I take tactics, techniques and procedures and tricks and best practices. Great, fine. I'm talking about, ‘Hey, look, genuinely, this is what matters. This is what I have found that works. This is what I've found that does not work. Here are the hazards and pitfalls of every step of your career. And let's just talk about those.’ And so that is what I am really hoping to get from ASU.”

Ridley has already been paired with a judge, which shocked him.

“I'm floored and I haven't even started school yet. And I'm like, this is fantastic. It's not only an indicator of a strong program and a program that cares, it's of benefit to me.”

As a veteran, Ridley needed to feel comfortable at whatever school he went to. ASU fit that bill too.

“There are some schools that I'll just say this: Their yellow-ribbon program is about website deep. It's not that they don't have one. But there's no litmus test generally to help see how well that program is administered, executed, run. That was not the case with Arizona State. It was very clear. … And then Pat Tillman — Arizona State — No. 42 — it was a perfect fit.”

The Advance Program is part of a broader mixed inclusion strategy that includes the Diverse Student Coalition and a number of diversity and social justice programs at the law school.

No. 11 Softball Looks to Sweep BU Series on Sunday

No. 11 Softball Looks to Sweep BU Series on Sunday The first pitch is set for 10 a.m. AZT on Sunday and is open to a limited group of fans.