To recognize their contributions to science and society, the National Academy of Inventors has named these researchers as senior members — two out of a class of 63 for spring 2021. 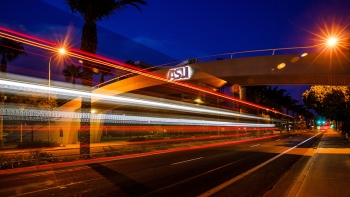 According to the NAI, this honor is given to acknowledge those who produce technologies with real societal impact, foster a spirit of innovation within their communities and educate the next generation of inventors.

“These researchers not only contribute to the community of innovation at ASU, they also embody an inventive and entrepreneurial drive to bring solutions out of the lab and into the world,” said Sally C. Morton, executive vice president of the ASU Knowledge Enterprise. “With their focus on developing technologies that make a difference in people’s lives, they reflect the goal in our university’s charter of assuming fundamental responsibility for the economic, social, cultural and overall health of the communities we serve.”

A monarch of metabolic monitoring 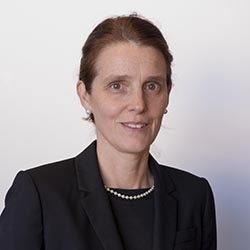 Associate Professor Erica Forzani has contributed to the development of many important medical devices and technological advances during her career.

Chemical engineer Erica Forzani has contributed to the development of many important medical devices and technological advances during her career, particularly in the area of monitoring patients’ metabolisms.

Among the achievements that have earned her NAI senior member status are the first mobile device capable of detecting inflammatory biomarkers for asthma, the first point-of-care mobile sensor for real-time detection of carbon dioxide, the first mobile metabolic rate tracker, and a device that detects ammonia in biological fluids to diagnose signs of urea metabolism problems, liver disease and other diseases.

An associate professor of chemical engineering in the Ira A. Fulton Schools of Engineering, Forzani is also director of the Medical Devices and Methods Laboratory in the ASU Health Futures Center and a mentor for the MedTech Accelerator, a flagship program of the Mayo Clinic and ASU Alliance for Health Care. In addition, she works with the Center for Bioelectronics and Biosensors in ASU’s Biodesign Institute.

Co-founding the company is one of the ways she is fulfilling a goal to take her career beyond the classroom and the lab.

“I’ve always wanted to work in a hospital and to help implement what I am teaching and what my research is producing,” said Forzani, who has been given the prestigious title of Fulton Entrepreneurial Professor. She teaches in the School for Engineering of Matter, Transport and Energy, one of the six Fulton Schools.

One of her inventions has played an especially critical role over the last year. Developed in collaboration with Dr. Bhavesh Patel, a Mayo Clinic physician, it prevents dispersion of aerosols and moisture droplets in the air. Since the start of the COVID-19 pandemic, hospitals have used the device to help stop the spread of the disease and provide a safer overall environment for health care workers and patients.

Colleagues who recommended Forzani for NAI senior membership noted that her collaborations with Mayo Clinic physicians have spanned from pulmonary care, exercise physiology, intensive care and nephrology to gastroenterology, cancer therapy and genetics. She has also worked with Barrow Neurological Institute on improving care for people with dementia. 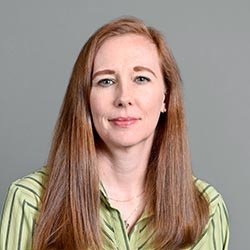 Professor Pamela Marshall’s work focuses on the discovery and design of new drugs for complex diseases.

Pamela Marshall is an expert in cell biology and pharmaceuticals whose work focuses on the discovery and design of new drugs for complex diseases. She holds 12 U.S. patents and is a professor in the School of Mathematical and Natural Sciences, part of the New College of Interdisciplinary Arts and Sciences on ASU’s West campus.

Marshall is part of a multidisciplinary team that includes Carl Wagner and Peter Jurutka, both faculty in the same school. The team focuses on modulating a protein inside cells called the rexinoid X receptor (RXR). This critical protein is a promising target for anti-cancer drugs and therapies for Alzheimer’s disease and Parkinson’s disease. In fact, the team’s work suggests that RXR may have a key role to perform in many different diseases.

“Together we have developed, synthesized, and tested almost 100 rexinoid compounds that we are studying for use to potentially treat cancer and neurodegenerative diseases,” Marshall said.

In addition to her game-changing research, Marshall is also paving the way for future generations of STEM researchers. In her lab, she has individually mentored over 100 undergraduate students, including many underrepresented students.

Supporting underrepresented populations in STEM and helping stimulate institutional change are a central part of Marshall’s role at ASU. She has worked with various programs, including the STEM-focused TRIO Student Support Services Program on the West campus, which supports first-generation students, low-income students and students with disabilities by providing mentoring and networking opportunities.

More recently, she became the director of an NSF-funded S-STEM Scholarship Program for low-income STEM majors, which partners with community colleges to offer professional development and award scholarships that support students throughout their higher education journeys. She is also a co-director of an NIH-funded summer program in environmental health science for underrepresented students in STEM who wish to explore careers in research. Termed the New College Environmental Health Science Scholars, this program helps connect interested students with research experiences and professional development.

Additionally, Marshall makes an effort to bring innovation into her classroom. In her upper-level course, “Fundamentals of Pharmacology,” she goes beyond teaching about drugs to focus on how the most effective drug discovery and design process is interdisciplinary and creative, helping to train the next generation of inventors. The Sun Devil men's basketball team got a solid start and was down 31-30 at No. 24 Colorado Thursday, but the Buffaloes held ASU to just .300 shooting in the second half to win 75-61 in Boulder.