ASU nutrition alumna Sasha Bayat, co-founder and owner of The Bodhi restaurant, and the College of Health Solutions helped the ASU Alumni Association kick off its newest virtual event series, #FoodieFriday, which features an ASU alumni-owned or -operated restaurant. In the first event, Bayat demonstrated how to make a healthy almond dip.

After suffering a stroke during college at the age of 24, Bayat decided to use food and nutrition to help ease the pain and stress she experienced. She returned to ASU to study nutrition where she was eventually inspired by some of her peers to start a restaurant. The Bodhi, which began as a meal delivery service, is now in the process of moving to a new Tempe location and will be opening another in Hayden Library soon. 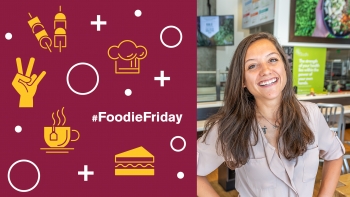 Bayat and co-founders of The Bodhi spent time developing a variety of healthy sauces for the restaurant. “The sauces are so flavorful,” Bayat said. “We make them from scratch and they tie everything together."

After developing the almond dip recipe, she didn’t think people would like it. To Bayat’s surprise, it is one of their most popular items on the menu. “You can add it to your bowls, salads, wraps or dip your vegetables in it,” she said.

While creating the almond dip, Bayat shared this advice for making healthy eating affordable and attainable: Keep staple items like canned beans, frozen vegetables or nut butters in the house all the time. 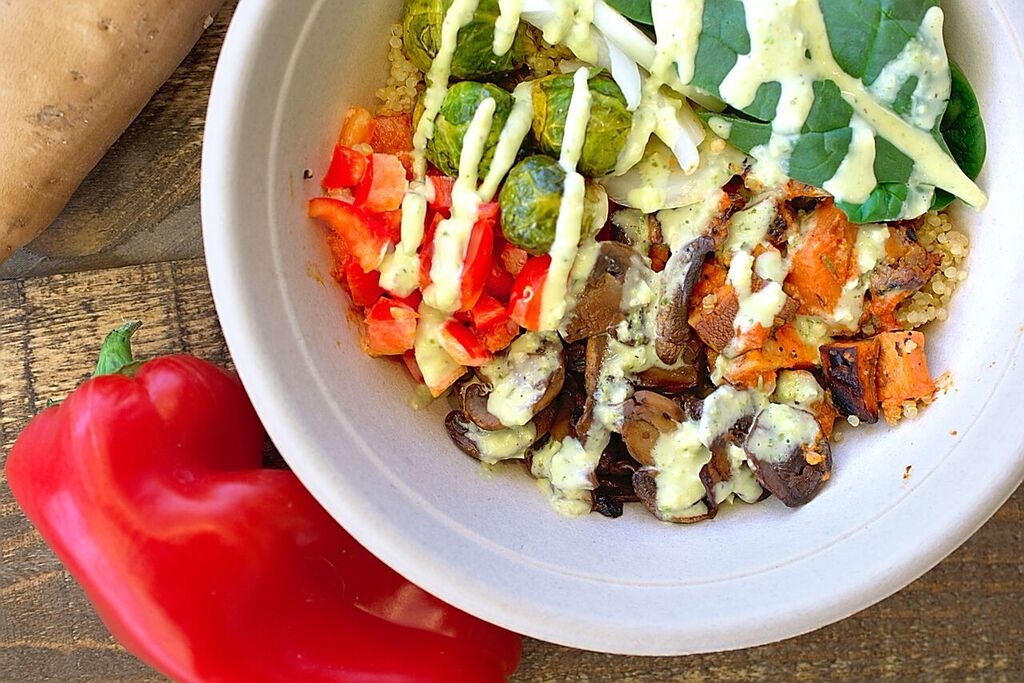 One of many bowls from The Bodhi: the "Mother Earth Bowl." It includes organic quinoa, onion, sweet potato, mushroom, red pepper, spinach, cucumber and pesto. Inside the original location of The Bodhi in Tempe. "Beets by Bodhi" is a nourishing juice that contains beets, aloe, apple, orange, parsley and lemon.

She noted that Arizona grocery stores are fortunate to have a great selection of fresh produce.

Here’s how Bayat stays motivated to eat healthy: “I try to consciously think about how (eating healthy) is helping my body, and that makes me feel better about the actions that I’m taking.”

In case you missed the live version of #FoodieFriday and want to learn how to make The Bodhi’s almond dip, you can view the recording. The next #FoodieFriday event will feature the owner of Someburros, ASU communications alumnus Timothy Vasquez. Register today for the March 19 event.

The ASU Interplanetary Initiative has announced the addition of Jessica Rousset as the organization’s first deputy director. Rousset is a deeply skilled and experienced senior leader who will partner with Vice President Lindy Elkins-Tanton and the staff to advance the initiative’s work in human space futures. Her key areas of focus will be engaging with government, private sector and academic...

The ASU Interplanetary Initiative has announced the addition of Jessica Rousset as the organization’s first deputy director. Rousset is a deeply skilled and experienced senior leader who will partner with Vice President Lindy Elkins-Tanton and the staff to advance the initiative’s work in human space futures. Her key areas of focus will be engaging with government, private sector and academic partners to raise Interplanetary Initiative's research and education efforts to new levels.

“What resonates most for me about ASU’s Interplanetary Initiative, is its goal of creating a better future for humanity here on Earth, through the lens of life beyond our precious planet,” said Rousset. “The Interplanetary Initiative is expansive and has profound transformational potential at scale. As a renowned leader in academic innovation, I cannot think of a better place than ASU to lead such an ambitious project.” 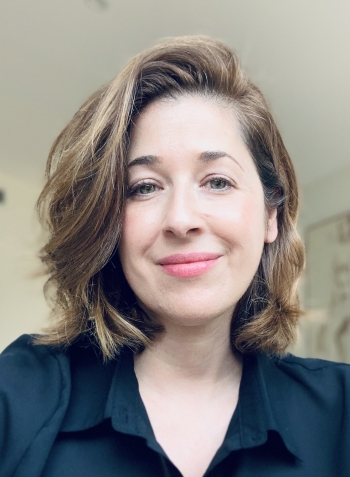 Rousset is an operational business development and commercialization leader with more than 20 years' experience growing early-stage technology companies as well as creating innovation engines in large organizations. She is an expert in bridging academic, government and corporate interests toward the common goal of improving people’s lives.

Above all, she believes in a mindful approach to leadership, focused on creating an honest and safe culture that values divergent thinking and embraces meaningful conflict.

Before launching her own consulting practice, she was the chief operations officer at CURE Pharmaceutical, a publicly traded drug delivery company where she oversaw operations, defined strategy and drove growth. Prior to that, she served as the head of innovation at Children’s Hospital Los Angeles, where over a 10-year period, she founded its Center for Innovation, helped launch medtech and biotech companies improving children’s lives and launched an FDA-funded national pediatric technology accelerator. She has also held positions at the Scripps Research Institute in La Jolla, California, and GlaxoSmithkline Biologicals, in Brussels, Belgium.

She trained as a biochemical engineer at the Institut National des Sciences Appliquées in Lyon, France, and is a graduate of University of Southern California’s Healthcare Leadership Academy.