Gathering around 'The Round House'

Louise Erdrich’s 14th novel “The Round House” opens with an image of creeping tree roots threatening the foundation of a family home on the Ojibwe reservation in North Dakota.

The novel’s narrator, Joe Coutts, works to remove each seedling at its root — the last memory he has before his 13-year-old life is forever changed. Joe will soon learn that his mother has been brutally attacked. 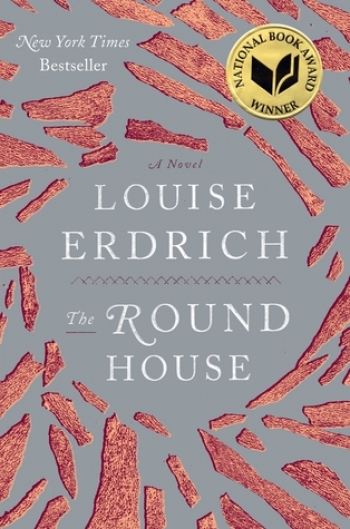 What follows is a story told retrospectively, through an Indigenous lens, about Joe’s journey to a deeper understanding of his personal and family history, and the cascading, intergenerational effects of his mother’s assault.

Exploring themes of justice, vulnerability and resilience, Erdrich’s award-winning novel is at the center of the prestigious Big Read Grant from the National Endowment for the Arts, awarded to Arizona State University's Virginia G. Piper Center for Creative Writing, which, beginning this month, has launched over 25 virtual events — talks, workshops, performances and exhibitions — in celebration and support of Indigenous literary arts and culture across the Valley.

“For the Piper Center, it was important to serve and prioritize Indigenous communities. Arizona is one of the most Indigenous states in the country. Over 25% of the state is tribal land,” said Jake Friedman, senior coordinator for the Piper Center, who views the grant as a foundation for future projects that create space and redistribute resources. “The work is already taking place. We’re celebrating communities that have always been here.”

With a focus on family history, community archiving and Indigenous land, the ASU Library and its Labriola National American Indian Data Center are participating in the Big Read in a big way, curating a library guide and a book display in Hayden Library and hosting half a dozen events, including a creative writing and zine workshop led by Indigenous poet and ASU alumna Amber McCrary, the founder of Abalone Mountain Press.

Here, for a discussion about how the library is supporting readers of “The Round House” and engaging with Erdrich’s work as a way into conversations around Indigenous resilience and expression, Alex Soto (Tohono O’odham), assistant librarian, is joined by Joe Buenker, associate librarian, who once read Erdrich’s first published novel “Love Medicine” in one sitting and then, within a few days, read it again.

Question: Can you talk about Louise Erdrich’s work and “The Round House” as the chosen book for the NEA Big Read: Phoenix?

Soto: Joe can nerd out on Erdrich all day, but in general, like Joy Harjo and other Native authors and poets known internationally, Erdrich is just a really good author who happens to be Native and is able to share that experience. When looking at Native authors, who use their blessings and talents to infuse the colonial system with who they are, what stands out to me is the resilience of Natives to have to package their stories in the non-Native language to show that there is humanity within us and behind us. And the storytelling is effective.

Buenker: The NEA Big Read is like the common book assigned to college freshmen, where we all, approximately at the same time, get to experience the same book. We often do this with film. Everyone is bringing their own background and experiences to that reading, and then getting them together to talk about something they normally don’t talk about. I think “The Round House” is a great book for introducing Erdrich’s writing, as it’s more streamlined. There are no multiple narrators and it’s chronological. In some ways, it’s one of her simpler books in terms of plot, but it’s very rich in terms of emotional experience and character growth.

Q: A sexual assault case drives the plot of “The Round House.” Erdrich has said in interviews that she wanted to write a book about jurisdiction, calling attention to the disturbing statistics that 1 in 3 Native women are raped and that very few perpetrators are brought to justice due, in part, to a patchwork of tribal laws and jurisdictional issues. Additionally, more than 80% of rapes are believed to be committed by non-Natives. Can you talk about some of the heavier conversations in the book related to violence and vulnerability, and how the library is supporting this awareness?

Buenker: There are several incidents of violence in “The Round House” and this is because Erdrich was responding to the possible expiration of the Violence Against Women Act, legislation which President Biden helped pass 40 years ago, and the Missing and Murdered Indigenous Women (MMIW) crisis. Violence against Indigenous women, in particular, is higher than any other group, and it’s higher on tribal lands, as perpetrators know the likelihood of being prosecuted is very low. Most tribal courts can only sentence someone for up to a year, so meaningful prosecution requires the FBI to get involved. The question then becomes: Will the FBI invest their resources? There’s a really bad track record for the amount of prosecution that happens.

Soto: I think the library guide is a good entry point. Depending on where you want to go, the guide connects you to resources that further frame the issue. In terms of the events that Labriola is hosting around archives and memory, the need to investigate historical trauma plays a crucial role in Native family history. Having that knowledge of your family history, learning how to archive — this is what we are trying to share in our workshops.

Soto: The student panel of BIPOC (Black, Indigenous, people of color) archivists is inspired by the book’s theme of wanting to know one’s history and digging into those histories. The panel is a way to bring in many perspectives in our work to decolonize the archives. Many of our stories have lived outside of the main institutional narratives, and if our stories don’t fit into the narrative, then they don’t get preserved. But librarians and archivists are in it for the long haul. We want to bring awareness not just with Natives but with everyone. The panel on land recognition really connects to the book in terms of the jurisdictional issues and how non-Native institutions should support Natives. The folks on the panel have experience with crafting land statements and there’s a lot of interest in it. A lot of libraries are looking at us and the land statement we created last year.

See the full list of events for the NEA Big Read: Phoenix, including “All about the Round House with Joe Buenker” on Feb. 28.

Romance can be part of the college social experience, and it has looked very different this year. Social distancing and a lack of public social events have been challenging worldwide, but especially on college campuses that are used to large social outings like sporting events and concerts. Adolescents and young adults have experienced disproportionally worse mental health outcomes since the begi...

Romance can be part of the college social experience, and it has looked very different this year. Social distancing and a lack of public social events have been challenging worldwide, but especially on college campuses that are used to large social outings like sporting events and concerts. Adolescents and young adults have experienced disproportionally worse mental health outcomes since the beginning of COVID-19.

All is not bleak romantically, however, as dating apps have been skyrocketing in popularity, with the Match Group reporting that across its 45 apps, such as Match, Hinge and Tinder, use has increased by 30% since March 2020. 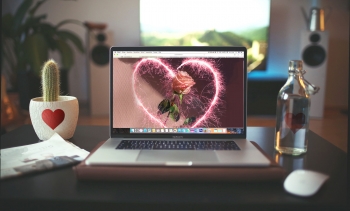 Thao Ha is an expert on relationships and transitions within the adolescent and young adult life cycle, and director of the Heart Lab at Arizona State University. Ha is a recent recipient of the rising star award from the Association for Psychological Science for promising young faculty in the field of psychology and the Young Scientist Award from the International Society for the Study of Behavioral Development. She has been conducting innovative research on the development of adolescent romantic relationships and the impact of social media on dating.

“I was searching for new ways to engage students in the course materials,” said Ha. “So I decided that it would be fun to have students compete to write a featured op-ed for ASU on the subject of Valentine’s Day. Students would learn how to communicate research to a broad audience and would enjoy the rewarding aspect of being featured, something that is not a typical outcome of a course assignment.”

Students worked in groups to formulate topics that related to the material in Ha’s course, and ranged from setting expectations for first-time intimacy, to the long term mental and cognitive impacts of long-distance relationships in a pandemic, to effective tips for managing a COVID-19-safe Valentine’s Day celebration. At the final stage of the assignment, the students presented their material virtually, and winners were voted upon by their peers.

“I was so pleased at how students showed extensive creativity and energy in these virtual presentations of their op-eds. There was music, funny GIFs, poetry and much more. They were also very supportive of their fellow students' presentation, providing constructive feedback for some final improvements,” Ha said.

Undergraduate student winners Anisha Mehra, Emma Cain, Jasmin Ray, Trinity Strecker and Nisi Jara-Aguirre presented a visual presentation called “Love Me Tinder,” depicting the intricacies of finding love on dating apps and the motivations behind behaviors on the apps. One of the key points they emphasized was that while men and women approach Tinder differently, almost half of the users are looking for long-term matches, rather than just the short term.

“We found it to be astounding how the power dynamic really shifts back to women in the world of online dating. For every 100 matches that men receive, women receive 600, effectively allowing women to be far more selective,” said Strecker, a junior psychology major who plans on pursuing a PhD in clinical psychology.

While dating apps were considered taboo a decade prior, they are now almost ubiquitous with how students engage and interact with potential partners in the modern age.

“Almost everyone uses these apps and we just thought this was a fun topic to discuss the motivations surrounding Tinder,” said Jara-Aguirre, a senior psychology and biology double major.

Graduate students Erika Pages and Carley Vornlocher presented an op-ed titled “Are They Really the One?”, detailing pair-bonding and finding true love, and the mechanisms behind long-term mate selection.

“We wanted to think about who has been successfully dating during the pandemic and what qualities are in those relationships,” Pages said. “What was surprising is that we found that believing in soul mates is bad for relationships because when things inherently go wrong, relationships then fail.”

Instead, Pages and Vornlocher suggest that the research encourages more of a growth mentality as a precursor to a more successful relationship.

“Even though there are these archetypes of relationships, we should be more understanding of how loving relationships are really a process and not an immediate thing we achieve,” Vornlocher said.

Read “Are They Really the One?”