Arizona State University associate professors of history Anna Holian and Laurie Manchester both recently received fellowships from the National Endowment for the Humanities (NEH). Their projects were among 213 others to be selected to receive support.

“Considering the difficulties we all faced during 2020 due to the global pandemic, it was a nice way to end a hard year,” said Manchester. 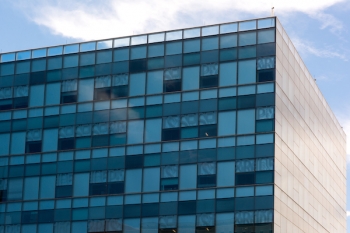 “It's amazing that both Laurie Manchester and I got the fellowship at the same time: two faculty members from the same unit. That’s very unusual,” Holian said. “(Manchester) and I have been part of a reading group for a number of years and we've read each other's draft articles, book chapters and fellowship applications. So I think the fact that we both won the fellowship speaks to the importance of collaborating and supporting each other in our work.”

The return to Russia

Manchester’s project is titled “From China to the USSR: The Return of the ‘True’ Russians” and will be the first comprehensive study of mass voluntary return to an illiberal, impoverished, historical homeland in the 20th century. 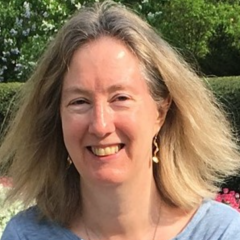 Beginning in 1954, 100,000 Russians from pious, monarchist families voluntarily returned to the Soviet Union despite the fact that the vast majority of an earlier wave of people who returned in 1935 had been killed or arrested.

Most of these Russians were born and raised in China to parents who had fled the Bolshevik revolution or had migrated before 1917 to the city of Harbin.

“It challenges the dominant theories in migration studies that economic betterment, the desire for liberty or family reunification motivate migration,” Manchester said. “My project not only explains their decision to repatriate, it also focuses on their lives in the Soviet Union and in post-Soviet Russia. My study illuminates the encounter between Imperial Russia and the Soviet Union since repatriates were essentially representatives of the former.”

Her project began as a conference paper she presented in 2010 in St. Petersburg. In 2012, after publishing two articles based off of the conference presentation, she decided to dive into the topic more.

“I started sleuthing and found out there were scores of repatriates still alive in Russia whom I could interview,” Manchester said. “Once I started interviewing, I was hooked.”

Between 2012–2018 she worked in over 20 archives in Russia, the U.S. and Europe. She also conducted almost 100 in-depth oral interviews between 2012–2016 in seven Russian cities including in the Urals, Siberia and the Far East.

Since most of her research was completed in 2018, Manchester plans to use the time of the fellowship to finish writing her findings in a book.

“I have already published several articles tied to the project in several peer-reviewed scholarly journals,” Manchester said. “I’ve also presented papers based on it at regional, national and international conferences, and as invited lectures at universities in cities throughout the U.S., as well as in Russia, Scotland and England. I will be presenting papers based on individual chapters in 2021 at a conference at Columbia University on ‘Russians Abroad’ and at the 57th convention of the Association for Slavic, East European and Eurasian Studies to be held in New Orleans.”

Her research has led her to become a specialist in conducting oral histories and she believes it can open up possibilities for others who are exploring similar topics.

“I encourage my graduate students to try it,” Manchester said. “I know repatriates from China would have been insulted if I hadn’t sought them out. This project has also taught me that as historians we sometimes need to create archives, not only of oral histories, but to collect written material as I did.”

She has donated the sources she has collected over the years to the Hoover archive at Stanford as an effort to develop and curate an archive for future historians. 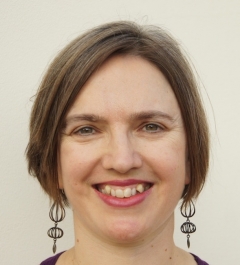 Holian’s project will focus on Jewish economic life in Germany after the Holocaust and is titled “Setting Up Shop in the House of the Hangman: Jewish Economic Life in Postwar Germany."

She will explore how Jews made a living and how making a living was connected to making a home, thus offering an economic and social history of a long reintegration process.

“I am especially interested in Jewish businesses,” Holian said. “During the 1930s, the Nazis pushed Jews out of the German economy, forcing business owners to sell their businesses to ‘Aryans’ or simply shut down. The forced removal of Jews from the economy was the prelude to their deportation and murder.

“After 1945, the small number of German and Eastern European Jews who found themselves in Germany had a very difficult time rebuilding their lives and livelihoods. They mainly sought to survive by opening small businesses specializing in things like textiles, leather goods, furs and jewelry.”

Her dissertation, which eventually became her first book, “Between National Socialism and Soviet Communism: Displaced Persons in Postwar Germany,” focused on refugees in Germany after World War II. During the course of doing research for that project, she learned about a neighborhood in Munich where Polish and other Eastern European Jews opened small businesses in the first years after the war.

“That really piqued my curiosity,” Holian said. “I did not, however, plan on writing a book about Jewish economic life. I thought the marketplace would be part of a bigger project on Jewish spaces in postwar Germany. But as I dug deeper into the topic, I realized there was also a very interesting economic story there that no one had explored in depth and that in fact people had various misconceptions about the marketplace, for example, that it was mainly a site of black marketeering.”

Holian’s fellowship will be mostly used to finish writing her findings in a new book, and she hopes to organize an exhibit on the topic later on. She has collected material from 17 archives and has conducted more than 30 interviews with former business owners, their children and their employees.

This was not the first time Holian had applied for a fellowship from the NEH. She says receiving the news of her fellowship was thrilling.

“That very same morning I had realized that it was about time for me to be hearing back about my fellowship application, and I actually took a look at the statement that I had written,” Holian said. “It was not the first time I had applied for the fellowship, and I fully expected to get another rejection email. So when a very different-looking email from the NEH arrived in my inbox, I was really taken aback.”

Manchester and Holian will officially begin their fellowships in January 2022.

Call for essays to raise awareness of Arizona's Black history

When Americans think of the Great Migration, that period of time from the early 1900s through the 1970s when 6 million African Americans moved from the southern U.S. to other parts of the country in search of opportunity, most think of the growth of cities like Detroit, Chicago and Philadelphia, where a boom in industrial jobs led to a roughly 40% increase in the African American populations there... 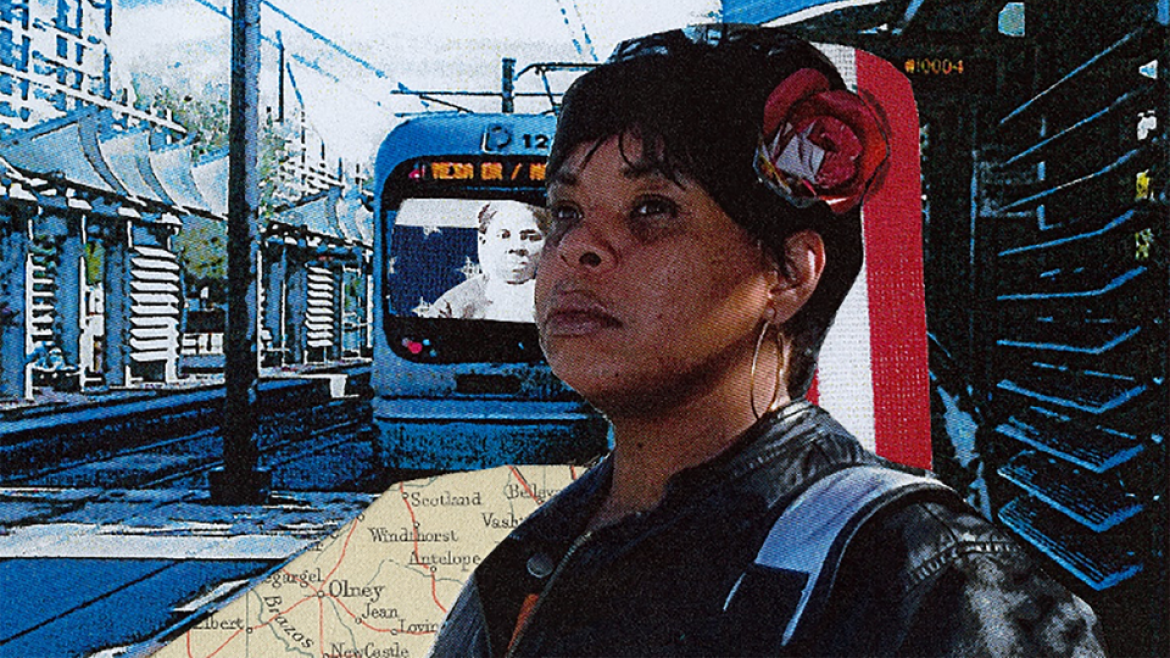 Call for essays to raise awareness of Arizona's Black history

When Americans think of the Great Migration, that period of time from the early 1900s through the 1970s when 6 million African Americans moved from the southern U.S. to other parts of the country in search of opportunity, most think of the growth of cities like Detroit, Chicago and Philadelphia, where a boom in industrial jobs led to a roughly 40% increase in the African American populations there.

What many either don’t know or neglect to include in that story is that several other places were a part of that migration, including the American Southwest, and Arizona in particular.

This spring, Arizona State University's Virginia G. Piper Center for Creative Writing has partnered with Heritage Square Foundation and Emancipation Arts LLC to assist in their ongoing efforts to correct that historical oversight by assembling a collection of personal essays by Black Arizonans to be titled “Indiscernibles in Arizona” to tell the stories of where they came from and how they have endured and thrived in the state.

The project is being funded by a grant from Arizona Humanities. Deadline for submissions is Monday, Feb. 15, with the resulting anthology planned for a summer release.

“I think it’s important to have a critical conversation about where the Black community is in Phoenix – geographically, but also where they have been emotionally and where they are going,” said Jacob Friedman, senior coordinator for Piper Center. “And I think particularly as a university, we have a really important role to play in sort of creating space for those conversations. But also making sure we’re not the ones who are speaking for them.”

The essay collection is an extension of Heritage Square Foundation’s “The Great Migration” exhibit, which is curated by Emancipation Arts’ Creative Director Clottee Hammons.

“’The Great Migration: Indiscernibles in Arizona’ is a multidisciplinary project that incorporates the visual arts, music performances, oral history and more,” Hammons said. “I like to think of it as a very holistic type of project that focuses on the narrative of how Blacks came to Arizona and why we stay. Because we’ve been excluded, and I believe very pointedly, from that historical narrative.”

Hammons is a second-generation Arizonan, having grown in up the segregated downtown Phoenix area as the granddaughter of a 10th Cavalry Buffalo Soldier. She identifies as an artist, writer, poet, activist, educator and prevention specialist, with a special calling to community building. Several years ago, she founded Emancipation Arts in order to honor the Black community’s enslaved African ancestors and raise the profile of Black artists in Arizona in general, and in the greater Phoenix metro area in particular.

“We have no support system here whatsoever,” she said. “So many wonderful artists are either not included or just don’t get the opportunities that other artists get.”

She hopes “Indiscernibles in Arizona” will provide some opportunity in that respect.

“I hope folks get the satisfaction of writing something that other people and other generations will read and that will be a part of a larger dialogue,” Hammons said.

And even the essays that don’t get published in the anthology will be shared. Hammons plans to have them read by participants of this June’s Emancipation Marathon, an annual literary event that has honored African prisoners of American chattel slavery through storytelling for 25 years.

Friedman acknowledged that although partnering with Heritage Square Foundation and Emancipation Arts on the essay collection is a step in the right direction, “there is still a lot of work to be done.”

“There are so many communities in Arizona whose histories are not present in the daily landscape of the city,” he said. “We have to continue to assert the importance of them and prioritize the distribution of programming resources to address that.”

Top photo: Detail of "We Came From Somewhere … We Going Somewhere" by C. A. Hammons, mixed media collage on paper. Provided courtesy of the artist.