The New American Film School at Arizona State University welcomes Reina Higashitani, an assistant professor who hopes to support students and their passions.

Higashitani, a descendant of many longtime educators and a film aficionado from a very young age, will teach at ASU with a skill set that homes in on inclusivity, storytelling and exposing the truth of the human experience. 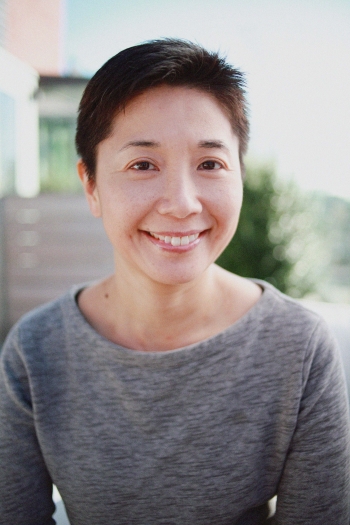 Here she talks about her passion for film and what she hopes to bring to ASU.

Question: How did you get into the field of film and teaching film?

Answer: I am one of the filmmakers who caught the film bug in early childhood. The problem was that I was an Asian girl who went to a strict Catholic school in suburban Japan where no one considered film or art as a serious career. It took me a long time to get to this point. That’s why I want to make arts education accessible for people who might not be in a supportive environment.

As for teaching, I grew up in a family of educators. My parents, grandparents, aunt, uncle, cousin are all teachers. I wanted to avoid it, but it’s probably in my genes. My father just published a new book at the age of 81, and my mother is working on her new research. Their students still visit them. I began to think that was a pretty good life.

Q: What drew you to The New American Film School in Arizona State University’s Herberger Institute for Design and the Arts?

A: Oftentimes, it is hard to make a change in established institutions. Many schools talk about being a frontrunner, innovative and inclusive, but not many of them are really ready to continue to evolve. I keep coming up with ideas that I want to see in future media arts education. I wanted to teach at a film school where people are ambitious and brave enough to be unique.

I thought that the Herberger Institute and The New American Film School have a leadership team and ability to take a risk and implement new ideas rather than sitting on their established reputation.

Q: What projects have you worked on that you feel have made you better at your profession?

A: In 2006–2008, I worked on an anti-gun-violence media campaign documentary project where I trained youth who face gun violence in their communities to create short episodic videos. We traveled around New York, Chicago, Milwaukee and Detroit, and met youth who lost their friends and relatives to gun violence. The experience made me realize that film becomes a powerful medium not because of technical skill or talent, but when the stories come from a storyteller’s heart.

For a narrative film project, I want to mention my latest short film. Inspired by a true story, it is a period drama set in 19th-century San Francisco about a frog catcher who was assigned female at birth and lived as a man. From casting that pursued accurate representation of the character to the crew composed of 90% women, BIPOC, LGBTQ and foreign-borns, the project was a significant step in articulating my filmmaking philosophy.

Q: What is something about the film industry that you hope to see change or improve in the future?

A: I would like to see more women, Asians, BIPOC, LGBTQ, immigrants to be in front of and behind the camera. I recently learned an African proverb, “Until the lion tells the story, the hunter will always be the hero.” If we “underrepresented” don’t tell our stories, privileged men will define us. I just can't let that happen. I firmly believe that I have a responsibility to contribute to the changes in the industry by taking proactive actions through my teaching and filmmaking.

Q: Is there something that you hope your students walk away with after taking your classes or working with you?

A: It's a secret until you take my class. I’m kidding. Do what you love. No matter what career you pursue, you have to have a passion. Once, a Canadian filmmaker, Denis Côté, told me that you have to be angry with something to make a good film. I took it as a passion and urgency to tell a story. If you are passionate about what you do, that will resonate with others. And passion is the only thing that keeps you going when challenges are presented.

Q: What projects are you currently working on?

A: I’m working with Full Spectrum Features in Chicago to direct a narrative film about Japanese Americans’ resettlement experience after their release from internment camp during WWII. I was recently chatting with a friend who told me that he didn’t even know about it and didn’t learn that history in school. It is not history. It is not a past. A similar situation is still happening with different groups of people in current society.

Full Spectrum Features specializes in Asian American and LGBTQ content, and I am very excited to work with them. I am also developing a podcast series featuring conversations with Asian American women in local communities.

Q: What are you looking forward to about living in Arizona and working at ASU?

A: The scale of its nature. That landscape reminds me to be humble as a human being and also be free-spirited. I look forward to being inspired by students, staff, faculty members and leaders at ASU and working with them to create a unique film school that challenges the norm in the industry.

Q: Is there anything else you would like to add?

A: Since I’m in New York, I haven’t had a chance to have a casual conversation with anyone yet. I’d love to have a coffee/drink online and learn more about everyone's work or just simply chat about our favorite films and TV shows. Please follow and message me at Instagram and Facebook @reina.unnun!