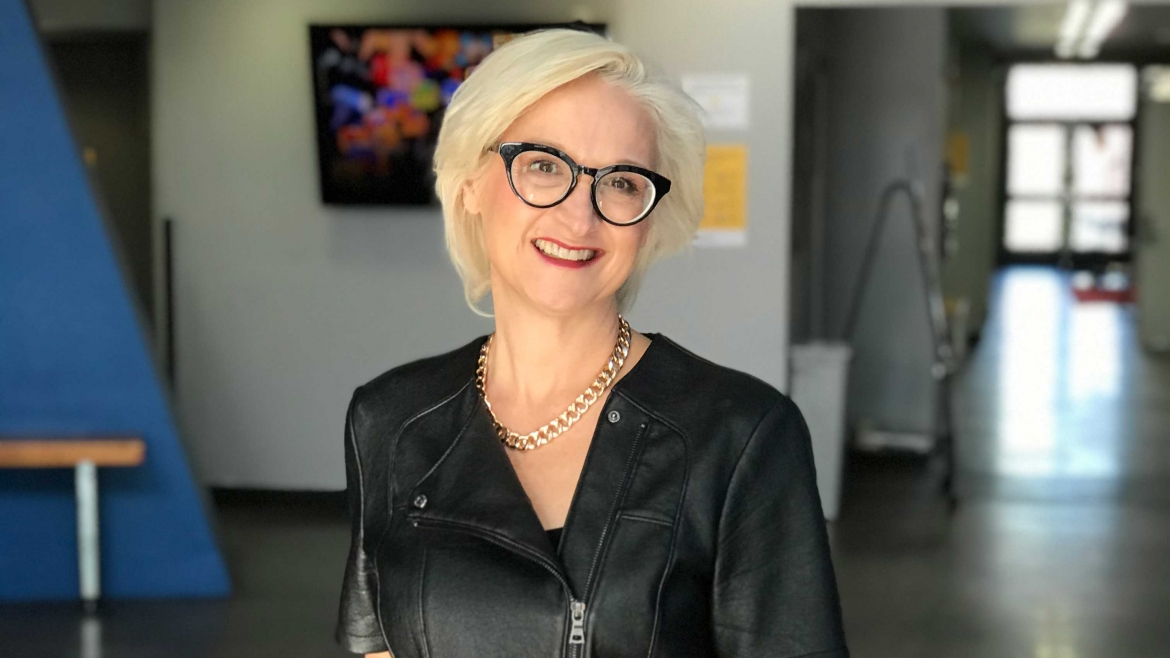 Tiffany López, professor in The New American Film School in the Herberger Institute for Design and the Arts, has been named Arizona State University’s next vice provost for inclusion and community engagement.

López assumed the new leadership role on Jan. 1, after spending the fall semester in the provost’s office as a leadership fellow, working alongside Professor Stanlie James, who vacated the role Dec. 31, 2020. James will retire in May 2021.

As the School of Film, Dance and Theatre’s director since July 2016, López has helped position ASU’s film program as one of the top 25 fastest-growing programs in the nation, while increasing the number of undergraduate female filmmakers and diversifying faculty within the school’s programs. She has also been a key player in preparing the university's film program to launch into The New American Film School and for the Herberger Institute's scheduled expansion into Mesa City Center in 2022.

As a first-generation college student, López has dedicated her career to expanding opportunities in higher education, advancing the role of the arts and building pathways to support success through leadership. López believes she would not be where she is today without the support of transformative mentors.

“I’m excited to be appointed into a leadership role that serves the entire university and has a core focus on inclusion and community engagement,” López said. “These are pillars for creating an environment where everyone feels supported to bring their best and whole selves to working with a sense of purpose and connection.”

The Office of Inclusion and Community Engagement is a unit within the Office of the University Provost that helps ASU achieve its commitment to creating an inclusive environment through campus programs, initiatives and beyond.

“Dr. López has demonstrated great efforts in advancing the university’s commitment to inclusion,” said Mark Searle, executive vice president and university provost. “Her leadership of the School of Film, Dance and Theatre reflects that and positions her well to contribute to the university’s continued work toward a fully inclusive community. Tiffany will be building on the work of Professor James and her challenge will be to help ASU accelerate its achievement of its goals.”

Before coming to ASU, López spent more than two decades at the University of California, Riverside, where inclusion and community engagement were instrumental to her teaching, research and creative activity on how artists use their work to stage conversations about trauma and violence to generate paths for personal and social change.

It has been no different at ASU’s Herberger Institute. López has worked tirelessly to create a spirit of “radical welcome.” And as senior adviser to the dean for equity practices and engagement, she has helped advance inclusive initiatives, such as recent work with the social justice organization Race Forward and the ongoing Projecting All Voices fellows program.

“I’m looking forward to working with university leaders and members of the ASU community to identify the gap between our intentions and impact,” said López about her goals in the new leadership role. “This is necessary to fully realize the vision of our charter, which provides such a wonderful compass for this work.”

López is a founding member of the Latino Theater Alliance of Los Angeles, the National Latinx Theater Commons and the Latinx Literature Society for the American Literature Association. She earned her bachelor’s degree from California State University, Sacramento and her master’s degree and PhD from the University of California, Santa Barbara. She was also the first Cesar Chavez Dissertation Fellow at Dartmouth College.

López is the recipient of many prestigious awards, including ASU Faculty Women’s Association Outstanding Faculty Mentor award (2019), Hispanic Lifestyle Latina of Influence (2015), Fulbright Scholar (2004); and numerous grants and fellowships from the Mellon Foundation, National Endowment for the Humanities, National Endowment for the Arts and Rockefeller Foundation.

Top photo of Tiffany López provided by the Herberger Institute.

Joshua Gardner, clinical associate professor in Arizona State University's School of Music, Dance and Theatre, and Stefanie Gardner recently released “Gone is Gone,” their debut album as the Égide Duo. The Égide Duo’s mission is to collaborate with composers to create and present music that addresses social change, including issues involving the environment/climate, animal and human rights...

Joshua Gardner, clinical associate professor in Arizona State University's School of Music, Dance and Theatre, and Stefanie Gardner recently released “Gone is Gone,” their debut album as the Égide Duo. The Égide Duo’s mission is to collaborate with composers to create and present music that addresses social change, including issues involving the environment/climate, animal and human rights, and equality.

“We wanted to do something to make a difference,” Joshua Gardner said. “We were tired of playing the same repertoire over and over and didn’t want to bring attention to ourselves, but rather to issues that are important to us. As musicians, we want to use our voices for good, inspire listeners to act, and raise money for organizations that are making a difference in the world.” 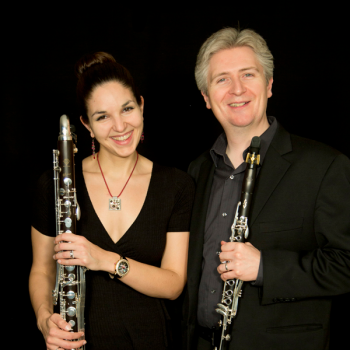 In addition to teaching at ASU for the last decade, Joshua Gardner also serves as director of the Performance Physiology Research Laboratory at ASU. Stefanie Gardner is on the faculty of Glendale Community College and Ottawa University. Both are Selmer Paris/Conn-Selmer and Silverstein Works performing artists on clarinet.

They have been performing together as a duo since 2006 and officially as Égide Duo since 2016. Gardner said the duo was born out of frustration with “ineffectual politics, the endless and reckless consumption of limited natural resources, the exploitation and industrialization of animals” and the overwhelming feeling of uselessness in the face of these injustices.

In order to fight the frustration, the Gardners decided to put their efforts and resources into music with a clear aim to make a difference in the world. They reached out to a few composer friends to gauge interest in the project and said they received an overwhelming show of support and encouragement to move forward.

They said they named the duo “égide,” which is French for aegis, since it means “the protection, backing or support of a particular person or organization.”

The duo’s logo, a waveform of the radio wave oscillations created by the Van Allen radiation belts, was inspired by a 2012 NASA article that included recordings of the audible-range oscillations of electromagnetic radio waves from Earth’s radiation belts, which protect the atmosphere and make life on Earth possible. They say the image reflects their commitment to finding ways to mitigate anthropogenic damage to ourselves, the food chain and our environment.

“Lost and Forgotten,” by Kurt Mehlenbacher, is about the Arizona environment and ecosystem and is one of Égide Duo’s first commissioned pieces on the new album.

For the album, they wanted to raise money for organizations making measurable differences in the world, so 100% of the proceeds will be donated to nonprofit organizations that support homeless populations, fight to achieve justice and equity, and protect the environment.

“It is our hope that pairing a musical soundscape to a cause may prompt action from our audiences by bringing awareness to the cause and eliciting an emotional response to the cause, much like how a musical score can manipulate a viewer’s emotional journey through a film,” Joshua Gardner said.

To select the pieces for the album, they collaborated with composers to choose causes they all felt strongly about supporting.

“We wanted to be certain that the composer is passionate about the topic, so we get a piece in which they are completely invested,” Joshua Gardner said. “Giving composers this freedom, we have received such amazing pieces.”

The album’s title was derived from the final movement of John Steinmetz’s “Coal Seams.” Steinmetz wrote the piece after learning that Joshua Gardner’s father, who worked in the mining industry in Kentucky, died from cancer likely caused by contact with coal dust and toxic chemicals when Joshua was only 8 years old.

The album can be purchased digitally on over 60 platforms including Apple iTunes, Amazon Music, Spotify, Deezer, YouTube Music and Pandora, and in CD format through Soundset Recordings and Égide Duo.

The album was recorded at Tempest Recording on the Soundset Recordings label and made possible by funding from the School of Music, Dance and Theatre and the Herberger Institute for Design and the Arts at Arizona State University.