Over the past two summers Madeline Sands, an undergraduate student at ASU, has conducted pivotal community health and medical anthropology research in Guatemala. Her findings have the potential to increase locals’ well-being and perhaps save lives.

Sands was introduced to Guatemalan health issues during a six-week field school in the summer of 2010. Led by medical anthropologist Jonathan Maupin, an assistant professor in the School of Human Evolution and Social Change in the College of Liberal Arts and Sciences, the program involved researching how adopting a formalized health care system in Guatemala has impacted traditional healing methods. Maupin and the student participants studied the different effects of the new formalized health care system from looking at midwives, which embody traditional methods, to asking people about health care preferences. 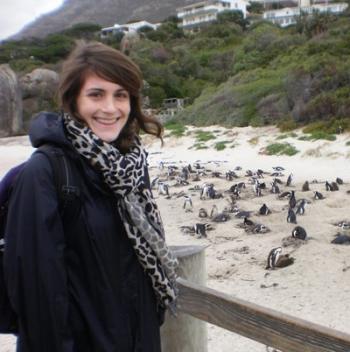 “We noticed there were a lot of illnesses in kids, and that prompted us to ask: What are people’s perceptions of childhood disease?” Sands said. She wanted to find how people’s ideas of childhood diseases affect their actions in preventing and treating illness, providing insight into the ways the community deals with most illnesses.

Wanting to conduct further research for her honors thesis project, Sands realized she had to condense her inquiry because of the volume of medical conditions in Guatemala.

She decided to focus on diarrhea – the biggest killer of children under five in Latin America – and found in her reading that hygiene in relation to diarrhea had not been studied. Sands returned to Guatemala, accompanied by global health major Michaela Staley, this past summer to determine how individuals’ perception of hygiene affects their understanding of the causes and transmission of diarrhea.

The first part of their similar research projects focused on defining hygiene. When a good definition of hygiene was established, they sought a connection between hygiene and people’s understanding of the causes and transmission of diarrhea. It was found that people’s idea of hygiene reflected individual and household responsibilities, such as bathing and cleaning clothes. The majority of people indicated that bad hygiene could cause diarrhea and could identify related health words; however, there was a poor understanding of microbes and bacteria. Sands traced this lack of understanding back to the local clinic, where even the staff had similar problems understanding the meaning of the key words and germ theory.

When the project is completed, Sands will submit her findings to the clinic in hopes that this prompts the staff to reevaluate training programs and strengthen their ability to communicate accurate information effectively across the different cultures.

After her undergraduate studies, Sands plans to pursue medical school. She hopes to be a doctor, providing care for vulnerable populations. Her interest in helping the underserved was sparked at a young age. At the inner-city public school she attended, she noticed a large number of children constantly in the school nurse’s office.

“It was hard to see a lot of kids who didn’t have health care, and there would always be a lot of them at the school nurse because that was really the only kind of treatment they could receive,” Sands said. “My interest in health care escalated from there; I have always wanted to help people.”

Sands’ love for helping others, science and learning about the culture entwined within societies may have come from her parents’ resolution in her visits to museums, the lecture by professor Donald Johanson her father took her to when she was a child, or her involvement in her own classes at ASU. Her upbringing and experience in Guatemala has only reinforced her desire to help others.

“I would like to be a doctor ... who is culturally sensitive, who can work across borders and certain socio-economic boundaries, someone who can provide the best care to patients, from understanding their background and culture to understanding the current science,” Sands said.

ASU continues to be one of the top choices for international students, placing 20th in the nation last year among all colleges and universities.

ASU continues to be one of the top choices for international students, placing 20th in the nation last year among all colleges and universities, according to a report released this week from the Institute of International Education (IIE).

ASU has a record 4,430 international students enrolled in fall 2011, up from 3,856 last year. The university draws students from 120 countries because of the breadth of its programs and its increasing reputation. 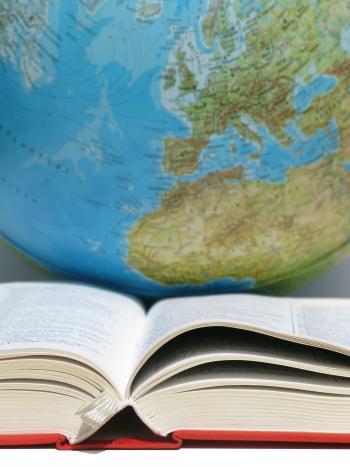 The IIE compiles its ranking each year based on the previous year’s enrollment numbers. ASU’s 15 percent international enrollment increase this fall, one of the highest on record at ASU, will be reflected in next year’s ranking.

“ASU is an outstanding value for international students among major research institutions, offering a dynamic and diverse academic and campus environment,” says James Brailer, executive director of the ASU Center for Global Education Services (CGES). “The university has an international reputation in a wide array of disciplines.

“ASU’s international undergraduate admissions has been actively reaching out to prospective students by increasing the number of recruiter visits abroad.”

ASU also is recruiting students through virtual fairs, he said, and has significantly improved the welcome and orientation of new international students.

International students contribute more than $21 billion to the U.S. economy through their expenditures on tuition and living expenses, according to the U.S. Department of Commerce. Higher education is among the United States’ top service sector exports.

For the second year in a row, China is the leading country of origin for ASU international students, followed closely by India, which had long been the leader. China’s enrollment grew 30 percent to 1,296, and India’s enrollment increased almost 16 percent to 1,003.

The most popular ASU major is engineering, with 1,784 students, followed by business, with 850 majors. There has been an increased interest in the arts and sciences, with 821 majors. The Herberger Institute for Design and the Arts drew 288 students, and the College of Technology and Innovation has 197 international students enrolled.

The majority are graduate students, at 2,551, with another 1,879 enrolled as undergraduates, a higher proportion than last year. Freshman international students increased by 45 percent, from 378 to 549.

The ISSO also started a success workshop series focusing on academic and cultural issues faced by international students on campus.

“ASU is sending the strong message that we welcome international students, and we support and advocate for them while they are here,” Brailer says. “We are invested in their success through graduation and beyond, as lifelong members of the Sun Devil family.”

ASU also was named one of the top 40 doctorate institutions for students studying abroad, with 1,387 ASU students abroad in 2009-2010, the year these numbers were ranked.

The IIE report counts an additional 1,000 ASU students in the total international enrollment, since they include students who are in a practical training program or are enrolled in the American English and Culture Program.

More students who are attending the American English and Culture Program for English language training are choosing to remain at ASU for degree study, Brailer says.