Regents’ Professor Emeritus Christy G. Turner II passed away on July 27 in his Tempe, Ariz. home. He was 79.

A driving force in the realm of dental anthropology, Turner was a prolific and influential researcher for more than 40 years. 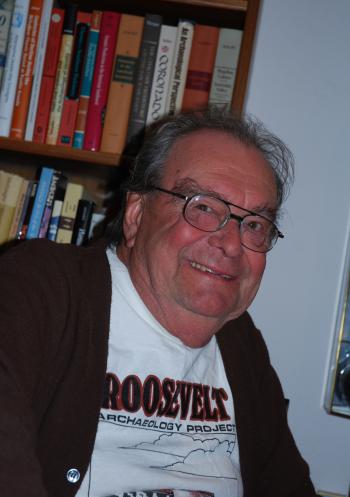 His broad interests spanned the world and all four fields of anthropology: physical anthropology, archaeology, linguistics and sociocultural anthropology. His fieldwork ranged from exploring the interaction between humans and animals in Ice Age Siberia to taking dental casts of indigenous peoples in the Aleutian Islands.

Along with his prominent dental anthropology work, Turner was particularly known for his ground-breaking research into understanding the peopling of the world and perimortem taphonomy.

His contributions to the latter area, namely his assertion that ancestral Puebloans practiced cannibalism, engendered controversy as well as acclaim.

With his late wife, Jacqueline Adams Turner, he published the seminal book on the subject, “Man Corn: Cannibalism and Violence in the Prehistoric American Southwest.” Ultimately, their work helped establish criteria for identification of cannibalized remains.

Born in Columbia, Mo., Turner earned a doctorate from the University of Wisconsin before beginning his career at the Museum of Northern Arizona.

In 1966, Turner came to the Arizona State University Department of Anthropology as an assistant professor. He saw the department transform into the School of Human Evolution and Social Change in the College of Liberal Arts and Sciences around the time he retired from the classroom but remained active in research.

Turner played a pivotal role in establishing ASU as a leader in dental anthropology research and study. Aided by Richard Scott, his graduate student at the time – now the chair of anthropology at the University of Nevada, Reno – he created the ASU Dental Anthropology System. The ASUDAS, which refined and built on plaques developed by the “father of dental anthropology,” Al Dahlberg, standardized recording of dental features used to assess biological affinities among populations. It has become widely used and cited by researchers around the world.

In March of this year, a festschrift titled, “Anthropological Perspectives on Tooth Morphology: Genetics, Evolution and Variation” was edited by Scott and another former graduate student of Turner’s, Joel Irish, professor of anthropology at Liverpool John Moores University. Of the 21 papers in the final volume, six were produced by Turner’s former students.

A memorial service for Turner is being planned for the fall with a private interment at Benson, Ariz.

In the wake of his passing, colleagues and former students have come forward with remembrances of the man they recall as charismatic, intensely passionate, irascible, far-sighted and one of a kind.

For more on Turner’s influence and legacy, see the tribute page on the School of Human Evolution and Social Change website. 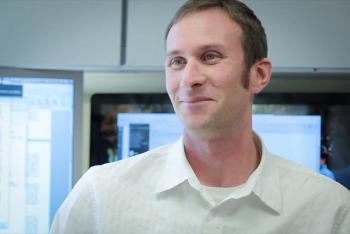 “English language learners represent nearly a fourth of all secondary students in the United States and have been underperforming in science for over three decades,” said Lyon, who received $471,000 of the Discovery Research K-12 grant for the ASU project site.

The project aims to support pre-service science teachers through multimedia tools in their science methods course, and through professional development for their mentor teachers to promote SSTELLA instructional practices in the context of Next Generation Science Standards and Common Core State Standards.

He and his collaborators will also survey, interview and observe the pre-service teachers through their second year of teaching and collect student outcome data to better understand the impact of the intervention on teacher beliefs, teacher practice and student achievement.

“We know what teaching practices should work in secondary classrooms, but there is very little evidence of how well new teachers can actually uptake and implement these practices,” Lyon said. “Our pre-service secondary science teachers will not only be participants in the research, but will benefit directly as we provide them the tools necessary to teach science in culturally and linguistically diverse classrooms.”