Jean Boyd, ASU's senior associate athletic director for the Office of Student Athlete Development, was selected as the 2012 Lan Hewlett Award winner at the 2012 National Association of Academic Advisors for Athletes Conference (N4A).

The Lan Hewlett Award, named for a long-time University of Texas advisor, is considered the top honor in the profession. Boyd, who has worked in Sun Devil Athletics (SDA) for 17 years and was a three-year member of the ASU football team, has a passion and commitment to ASU that is unmatched and permeates all areas of the athletic department.

The award is presented annually by the N4A for outstanding performance as an academic advisor for athletics and recognizes sustained professional service, a high level of competence in administrative skills, merited professional stature, innovation in meeting the needs of student-athletes, effectiveness in the development of junior staff, significant contributions to the field through publications and professional development, and leadership in university affairs.

Boyd began at ASU as an undergraduate student-athlete, where he was a member of the football team from 1991-94. He started his professional career in 1995 as a management intern in the former Sun Devil H.E.A.T. program and later became the manager for the Student Services and Life Skills programming. He was promoted to the Director of Student and Academic Services in 2002 and under his direction, the unit was renamed the Office of Student Athlete Development. He was promoted to Senior Associate Athletics Director in 2011 and has been charged with leading SDA in creating Sun Devil identity and is a key part of the overall strategic plan.

In addition, Boyd has developed strategies and programs to raise OSAD's graduation success rate and has worked closely with academic coaches to educate, train and strategize about ways to boost the department's academic progress rate (APR) to a 976 average, which was second in the Pac-10 this past year. He has also spearheaded a number of strategic changes in academic-support programming, including enhancing the First-Year Experience and implementing cohort events, which provide relevant programs, speakers and seminars for each class. In addition, Boyd also co-founded the non-profit organization "Scholar Baller" in an effort to promote academic and life achievement through motivational academic incentives and educational initiatives.

Arizona Supreme Court Vice Chief Justice Andrew D. Hurwitz, an adjunct professor at the College of Law since 1977, has been confirmed by the U.S. Senate to a seat on the 9th U.S. Circuit Court of Appeals.

Arizona Supreme Court Vice Chief Justice Andrew D. Hurwitz, an adjunct professor at the College of Law since 1977, has been confirmed by the U.S. Senate to a seat on the 9th U.S. Circuit Court of Appeals. The confirmation came on a voice vote on Tuesday, June 12.

Dean Douglas Sylvester said, “We at the Sandra Day O’Connor College of Law congratulate Justice, now Judge, Hurwitz on his overdue but deserved confirmation by the U.S. Senate. His dedication to the law, sparkling intellect and judicial temperament make him an ideal 9th Circuit judge.” 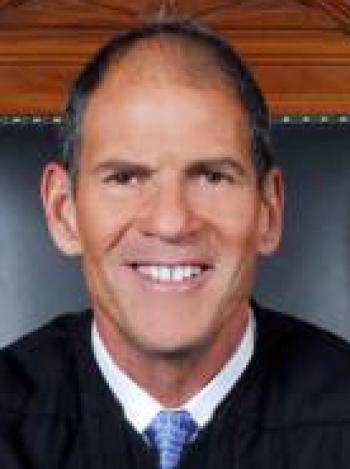 In a statement posted on the Arizona Supreme Court’s website, Justice Hurwitz said he was grateful for President Obama’s confidence in nominating him, and for the Senate’s confirmation. “I especially thank Senators Jon Kyl and John McCain for their support of the nomination, and Representative Ed Pastor for his encouragement during this process. I look forward to this new opportunity for public service, but I will miss working on a daily basis with my wonderful colleagues on the Arizona Supreme Court and those serving the Arizona judicial branch throughout this great state.”

Chief Justice Rebecca White Berch, a 1979 alumna of the College of Law, said in a statement that she was pleased about Justice Hurwitz’s confirmation, calling him “a judge of vision, great intellect and honor.

“In addition to his impressive academic credentials, he is also practical and hardworking,” Justice Berch said. “The 9th Circuit’s gain is this court’s loss. We wish him well.”

Justice Hurwitz has had a longtime association with the College of Law, its administration, faculty and students. He has taught a number of courses, including Ethics, Supreme Court Litigation, Legislative Process and Federal Courts, over a period of more than three decades. He also was a Visiting Professor at the law school, teaching Civil Procedure, in 1994-95, and he was a Distinguished Visitor from Practice in 2001.

Prior to his appointment in 2003 to the Arizona Supreme Court by former Gov. Janet Napolitano, Justice Hurwitz was a partner at Osborn Maledon, P.A., working primarily in appellate, government and commercial litigation and government affairs.

Justice Hurwitz’s contributions to the state include service as Judge Pro Tempore on the Arizona Court of Appeals, as a member and then president of the Arizona Board of Regents, and as chief of staff to two former governors, Bruce Babbitt and Rose Mofford. He is a member of the American Law Institute and a Master in the Horace Rumpole Inn of Court.

Justice Hurwitz has a law degree from Yale University and an undergraduate degree in Public and International Affairs from Princeton University. Following his graduation from law school, he clerked for U.S. Supreme Court Justice Potter Stewart.

In a June 12 article in The Arizona Republic entitled, "Senate confirms Arizona Justice Andrew Hurwitz to 9th Circuit," by reporter Michael Kiefer, Hurwitz was described as cordial, athletic and somewhat "prickly on the bench" toward attorneys who are less prepared than he. Intellectually, said friend and former partner Larry Hammond, also an adjunct professor at the College of Law, "He is on a planet of his own."