Arizona State University students now have even more ways to bring their innovative ideas to life, thanks to a first-of-its-kind partnership between ASU and TechShop, a national network of community-based, do-it-yourself facilities. 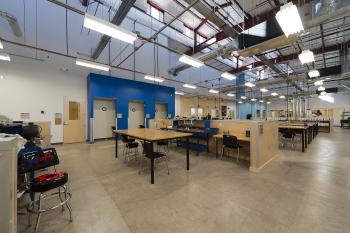 Located at the ASU Chandler Innovation Center, TechShop Chandler offers access to more than $1 million worth of state-of-the-art equipment, including 3-D printers, laser cutters, welding tables, an electronics bench, a woodworking shop and a metal press, as well as computers with design software. In addition, TechShop offers workshops for members to learn to use the equipment. As part of the complimentary membership package, students receive a $100 voucher to cover workshop fees.

TechShop membership also connects students with a vibrant, creative community of makers, entrepreneurs and innovators. TechShop staffers, called Dream Consultants, work with members to help them find the equipment and workshops that meet their needs.

ASU is the first university in the country to partner with the San Francisco-based TechShop, which was established in 2006 and now has 6,000 members in eight communities across the U.S. TechShop Chandler opened in January 2014.

“Our partnership with TechShop is an unprecedented opportunity for ASU students to turn their innovative ideas into reality,” said Mitzi Montoya, vice president and university dean for entrepreneurship and innovation at ASU. “Traditionally, students had to be enrolled in designated engineering or design classes in order to use this state-of-the-art equipment and these prototyping tools. But now through our unique partnership with TechShop, we can provide open access to tools, machines, software and consultants to all full-time ASU students. This will allow our students to design and make just about anything.”

Beginning this month, students can sign up for a membership by visiting TechShop Chandler and showing a valid student ID. The memberships are valid from Sept. 3, 2014 through Jan. 16, 2015. Ruby Rides, a car-sharing startup based at ASU SkySong, will provide free transportation for students to TechShop from the Polytechnic and Tempe campuses.

Part-time students, faculty and staff with a valid ASU ID are eligible to purchase discounted memberships.

ASU will hold TechShop information sessions on the Polytechnic and Tempe campuses during September. The university also will host open houses at TechShop on Sept. 19 and 25. Please see below for a complete schedule of events.

Four members of the Sustainability Scientists and Scholars program have received substantial awards from the National Science Foundation.

Home to more than 300 members and bridging nearly every discipline, the Sustainability Scientists and Scholars program at ASU's Julie Ann Wrigley Global Institute of Sustainability is focused on finding solutions to the most pressing problems of the 21st century.

Demonstrating the caliber of research the institute supports, four members of the program recently received substantial awards from the National Science Foundation totaling more than $5 million. 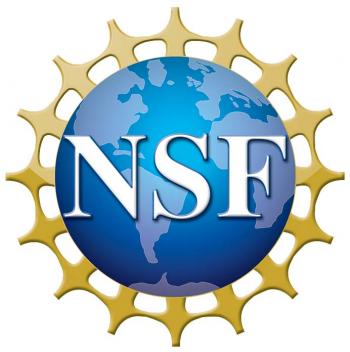 The NSF-awarded research projects include:

Senior sustainability scientist Hallie Eakin, with an interdisciplinary team from ASU and the National Autonomous University of Mexico, seeks to reveal the cumulative effect of human response on megacity vulnerability.

Stationing itself in Mexico City, the team will assess how the population's influence on urbanization patterns and water infrastructure affects flooding, water scarcity and water-borne disease scenarios. The resulting dynamic modeling tool, called MEGADAPT, will enable water managers to test the effectiveness of risk management strategies and improve their adaptation plans.

The team expects that the MEGADAPT tool will have application in other megacities struggling with climate change vulnerability as well.

Though world trade is responsible for the spread of many animal and plant diseases, it is a key component of the global economy. For this reason, it is important that it not be disrupted by ineffective cautionary measures.

Charles Perrings, Ecoservices Group director in the School of Life Sciences, endeavors to balance the disease risks and economic benefits of trade. He does so with an interdisciplinary team of mathematicians, ecologists, plant pathologists, environmental and resource economists, and computer scientists.

In order to increase understanding of trade-related diseases, the team will pool extensive research and develop a virtual laboratory. Decision-makers at the local, national and international levels will interact with the laboratory using a Web-based interface, which will enable them to evaluate the effectiveness of risk management strategies.

As a result, both biosecurity and economic well-being will be better served.

Like many regions, the Antarctic Peninsula is experiencing rapid environmental changes. These changes influence the peninsula’s inhabitants, including the soil-dwelling microscopic organisms about which scientists know little. Because these organisms are responsible for critical processes, such as nutrient recycling, it is important to understand how they are impacted.

Becky Ball, an assistant professor in the New College of Interdisciplinary Arts and Sciences, is leading a team that will examine soil communities along the Antarctic Peninsula, uncovering how they change with varied conditions from north to south.

By understanding how factors like plant cover and climate influence these communities, the team can predict how they will respond to changes such as climate warming and invasive species.

Resilience – simply put – is an approach to crisis response that improves preparation, planning, absorption, recovery and adaptation. Though a buzzword in many sectors, the theory and analytic tools associated with resilience are largely misapplied or misunderstood. As a result, planners may revert to avoiding losses through risk analysis, a historic approach that has been proven problematic.

Recognizing that a generalized understanding of resilience is needed for the approach to be more widely applied, a team led by Thomas Seager, an associate professor in the School of Sustainable Engineering and the Built Environment, seeks to do just that. After uncovering the adaptive actions, ideas and decisions that contribute to resilience, the team will develop models that simulate approaches to crisis response.

It is the team’s expectation that those who interact with the resulting computer-based environment, having observed simulated successes and failures, will gain an accurate understanding of resilience and be better equipped for future crisis response.