Alberto Behar, a research professor at Arizona State University who has been operating, designing, building, testing and deploying scientific instruments and robotics in extreme environments for more than 20 years, died Jan. 9, when the plane he was flying crashed north of Los Angeles. He was 47.

Behar possessed an inquisitive mind. He was passionate. He was driven. He was an explorer. He was widely known for his energy, enthusiasm and technical excellence. He brought an optimism and an accompanying smile to even the most tense moments during difficult research projects. 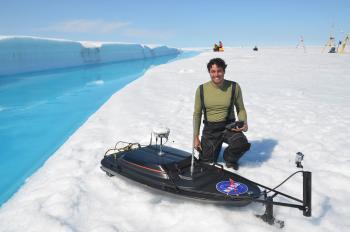 “Alberto Behar was a uniquely talented engineer, developing ways to measure changes in our natural world in the most challenging environments – the ocean depths or the Antarctic ice cap,” said Lindy Elkins-Tanton, director of the School of Earth and Space Exploration at ASU. “With those around him, he shared both a brilliant mind and a big heart: his students were full partners in a grand adventure. His colleagues quickly came to know his caring nature and irrepressible good humor. We will all miss him tremendously.”

Today, much scientific exploration in extreme environments on Earth and in space is done using mobile robots. Behar dedicated his career to better understanding Earth and beyond by developing instruments that allowed for exploration of regions too dangerous or inaccessible for human explorers.

Behar had once said that new innovations are a way of overcoming the limits on our ability to explore: “Technology is how we get our senses to a remote location where we can’t actually go ourselves.”

During the course of his career, Behar developed instruments and robotics that have reached deep into the ocean's hydrothermal vents, next to volcanoes, under thick ice sheets, into the stratosphere and onto other planetary bodies. He participated in the exploration of Mars, serving as the Investigation Scientist for both the Dynamic Albedo of Neutrons (DAN) instrument on the Curiosity rover and the High Energy Neutron Detector on the Mars Odyssey orbiter.

A Greenland research paper, of which Behar was an author, was released today by the Proceedings of the National Academy of Science.  The lead author Laurence Smith of UCLA contacted PNAS and asked to have the research dedicated to the memory of Behar. The Acknowledgments section will now begin with: "This research is dedicated to the memory of Dr. Alberto Behar, who tragically passed away January 9, 2015."

The life of an explorer

Behar’s parents emigrated from Cuba to the United States. Behar was born and raised in Miami, Florida, and attended the University of Florida, majoring in computer and information engineering sciences.

Training the next generation

Behar was one of the first of a new breed of faculty to join the School of Earth and Space Exploration, according to Kip Hodges, founding director of the school. He was a researcher and educator who actively bridged the gap between science and engineering.

“From the moment he began working toward becoming part of our community, Alberto showed a natural affinity for working with undergraduates through project-based learning, and he became a tremendous mentor,” Hodges said. “To him, engineering was an enabling strategy for scientific research, and his enthusiasm for the field was extremely inspirational for many ASU students, not just those with majors in our school.”

Behar’s colleague Jack Farmer, a professor in ASU’s School of Earth and Space Exploration, describes him as “an engineer par excellence” with an amazingly diverse experience designing and testing robotic platforms for the exploration of extreme environments on Earth and, ultimately, other planets.

“He brought this amazing experience, along with his infectious enthusiasm for exploration, to the classroom and SESE students were clear beneficiaries,” said Farmer. He and Behar served together on the MSL team, and shared many experiences during the first 90 days of the mission, as they lived and worked on Mars time.

A passion for life

Behar was deeply passionate about exploration and discovery, and he was highly successful in his career, but he never lost sight of his true love: his family.

“When he wasn't talking about work, he was talking about his wife and children. He absolutely adored them,” said Jim Crowell, who had been working for Behar as a researcher after graduating from the School of Earth and Space Exploration. “He told me to focus on my life and having a family. As much fun or important as a career seems, he understood that family and living life was much more important than anything else.”

Behar is survived by his wife, Mary, and their three children: his son, Indra, and daughters, Isis and Athena.

Friends, colleagues and students agree that Behar was a man of science, with a passion for sharing knowledge and exploring the unknown.

“I once asked him what the purpose of one of our projects was,” recalls Crowell, “and he said simply: ‘Because we don't know.’ He was truly the embodiment of exploration.”

Writing 'beyond the montage'

Tara Ison’s house never looks cleaner than when she has an impending deadline.

Writing 'beyond the montage'

Tara Ison’s house never looks cleaner than when she has an impending deadline.

“I would rather clean my toilet than write,” confessed the associate professor of creative writing at Arizona State University. 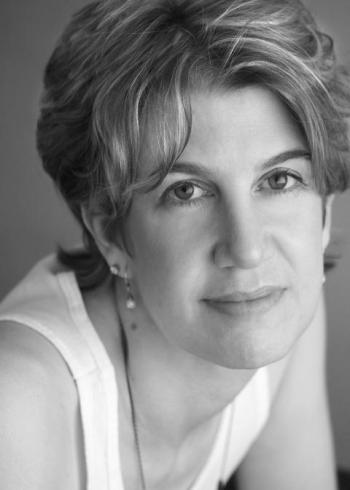 That’s because writing does not always come easily – even to a successful writer such as Ison, who has penned dozens of screenplays, including the Hollywood cult classic “Don’t Tell Mom the Babysitter’s Dead,” and is the author of three novels, a short story collection and a collection of essays.

Not only is writing hard, she says, but teaching someone to write is nearly impossible, although Ison appears to excel at both.

"You can teach craft, but you can't teach anything more," said Ison. "I can help a writer find what the story is, but I can't tell you if you're a writer. In order to be a writer, you must keep writing."

Long before she arrived at ASU's Department of English, before any of her critical or commercial success, Ison knew she wanted to be a writer. But knew little about writing itself.

Early in her life, Ison was attracted to what she calls the "cinematic image of the writer." It was an image she saw in the movies: elegantly dressed artists wandering through Europe, gazing out windows and fervently pounding away on a keyboard in a seemingly optimistic, action-driven "typing montage" – a cigarette and drink always close by.

When she looked back on how this cinematic archetype had captivated her imagination and helped steer her toward becoming a writer, Ison discovered other aspects of her identity that she believes have been shaped by film as well.

She explores these cinematic moments and what they have meant to her life and career in her new memoir, out today, "Reeling Through Life: How I Learned to Live, Love, and Die at the Movies" (Soft Skull Press, 2015).

"Films have a huge impact on me and how I view the world, and who I want to be in the world," said Ison, who writes in the introduction to her book that she often catches herself thinking: “Did I actually do that? Say that? Or did I just see it in a movie?”

Moviegoing, according to Ison, offers the viewer much more than an escape. It offers the opportunity to be highly engaged and even introspective. From the first movie she saw, Ison says she felt an instinctive, subconscious link between film and the forming of her identity.

“All of us who love to watch movies experience those universal points of connection,” writes Ison in her book. “We all have our own subjective, idiosyncratic collection of indelible cinematic moments.”

From screenwriting to teaching

Just two months after she graduated from college, Ison got a huge break in her career.

She and her writing partner sold a script to 20th Century Fox titled "The Real World." (The title was later changed to "Don't Tell Mom the Babysitter's Dead.”)

Ison said it was an ideal time to start a career as a screenwriter in Hollywood.

"Studios were looking to hire new, young writers," she said. "They were willing to take chances – not like the box office blitz of today."

Her success only took her so far though, and she gradually became frustrated with the often incomplete process of screenwriting that ended abruptly with a finished script but no film.

As a result, Ison turned her attention to a story she knew would work better in a different medium than film – an intimate story of a mother and daughter living inside the most famous prison in America.

"Child Out of Alcatraz" was Ison's first novel. It was a finalist in the Los Angeles Times 1997 Book Awards for Best First Fiction.

Writing her first novel led her even further from Hollywood and back to school to earn her Master of Fine Arts degree. For the first time, she considered a career in teaching.

Ison, who has received numerous awards and prestigious fellowships, has taught creative writing at seven universities, including Northwestern University and Ohio State University.

"It is not always the case that an excellent writer is an excellent teacher, but Tara is just that," said Courtney Fowler, one of Ison's former graduate students at Arizona State University.

Fowler, who also served as Ison's teaching assistant, now teaches a variety of writing courses herself for ASU Writing Programs.

"In a fiction workshop or screenplay class, she gets invested in your story," said Fowler. "She interrogates plot lines and character motivation. She crystallizes intention. It's an amazing feeling to be a fledgling writer and to have someone read a bad draft and get what you were trying to do. … There is a warmth to even her toughest critique."

In addition to her most recent book, Ison has written two other novels while balancing a teaching career.

Still, she admits to feeling some discomfort when calling herself a writer.

As she explains in her new book, she has long learned that the real work of writing is a far cry from that typing montage à la 20th Century Fox's 1977 film “Julia” – the film that helped burn into her brain those “abbreviated moments of typing that magically create art.”

The real writer, according to Ison, “is simply the one who writes. Who keeps writing. Who keeps at it, beyond the montage – for whom the writing is the story, not the musical interlude."