Arizona State University professor T. Agami Reddy has been awarded the 2014 Yellott Award by the Solar Energy Division of the American Society of Mechanical Engineers (ASME). The award was presented during the 8th International Conference on Energy Sustainability, held June 30-July 2 in Boston.

Reddy is SRP Professor of Energy and Environment in ASU's Design School, within the Herberger Institute for Design and the Arts, and a professor in the School of Sustainable Engineering and the Built Environment, one of the Ira A. Fulton Schools of Engineering. He holds a courtesy appointment in the School for Engineering of Matter, Transport and Energy, and is also a senior sustainability scientist in the Julie Ann Wrigley Global Institute of Sustainability. 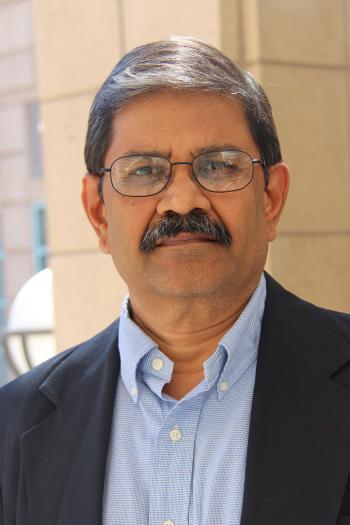 Yellott, an internationally recognized scientist who worked on the Manhattan Project during World War II, was hired by ASU as a lecturer in 1963 in what was then the College of Architecture, and then became a visiting professor in 1973. He was granted emeritus status in 1979.

According to ASME, Reddy was selected this year for “his dedicated and productive research career in solar thermal energy and energy efficiency in buildings, for his dedication to train(ing) students in energy sustainability, and for his extensive service and leadership to the ASME Solar Energy Division.”

The award is given every two years, and Reddy is the 11th recipient to date. Reddy is also a founding chair of ASME’s Conference on Energy Sustainability.

Reddy arrived at ASU in 2009, more than 20 years after Yellott’s death, but he is very aware of Yellott’s legacy.

“Yellott was one of the pioneers of solar energy in the U.S.,” Reddy says. “He was one of the first to start combining principles of mechanical engineering with solar energy and climate responsive architecture. He was also greatly instrumental in initiating, spurring and coordinating education, research and outreach activities throughout the U.S. and the world.”

A mechanical engineer whose doctoral work focused on solar thermal energy, Reddy gradually began working more and more in the area of building energy efficiency and conservation, and was looking for an institution that would allow him to continue growing in that direction, as well as satisfy his interest in energy sustainability issues.

“I wanted to combine my interest in solar energy, efficiency in building energy and sustainability; (ASU) looked like one of the best places to do all three,” he said.

Harvey Bryan, who was a student of Yellott’s in the mid 1970’s and is currently a colleague of Reddy’s in The Design School, sees a lot of similarities between Yellott and Reddy.

“They share a common teaching approach,” Bryan says. “Each views teaching as a careful process of accustoming students to think more broadly about the subject at hand. Thus, individual facts are not gathered for some immediate end, but are oriented toward the development of a deeper understanding.”

“This ASME award is especially precious to me,” Reddy says, “since professor Yellott was a faculty member in The Design School and co-founded the Master of Science in the Built Environment program. I feel deeply honored to be the recipient of this award.”

Herberger Institute for Design and the Arts Employee

Nominate a team for a President's Award

Make sure your ASU colleagues get the recognition they deserve by nominating them for a 2015 President’s Award.

Nominate a team for a President's Award

Do you know, or are you a member of an ASU team led by faculty or staff that has achieved significant results in the area of innovation, sustainability or social embeddedness?

Make sure your ASU colleagues get the recognition they deserve by nominating them for a 2015 President’s Award. Nominations, which only take a few minutes to complete, will be accepted until Oct. 21 (self-nominations are encouraged). 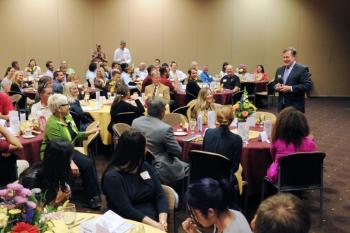 Nominated team leaders will be invited to attend a mixer in early November to receive more information about the awards and to meet others who may want to apply. Teams can submit award applications until Jan. 8, 2015.

The applications, which can be found online, contain complete award criteria and instructions:

President Michael Crow will recognize award recipients at the President’s Recognition Reception in April 2015, and the team projects will be featured in ASU News. The President’s Awards are just one component of the university’s Employee Recognition Program, which recognizes and celebrates the commitment, creativity and hard work of members of the ASU community.