Explore future careers in geography, GIS and urban planning from the comforts of home

The days of ride-alongs and shadowing professionals have taken a pause in our current virtual world. Even many internships are taking place in a student’s home environment instead of heading into an office or out into the field. But that doesn’t mean the exploration of future careers has to end.

Arizona State University’s School of Geographical Sciences and Urban Planning has launched a virtual suite of videos from professionals highlighting the different career paths forged by an education in geography, GIS and urban planning. This effort is a continuation of the school’s Career Navigator, a successful in-person career fair and learning event. Career Navigator, both in the in-person and virtual formatting, aims to highlight the wide variety of careers available to students in the geography, GIS and urban planning fields.

The School of Geographical Sciences and Urban Planning launched Career Navigator in 2019 to showcase the different careers available to students in the fields of geography, GIS and urban planning. In 2020, they re-imagined the event to become a virtual suite of videos to ensure students still have the opportunity to learn and engage. Download Full Image

“Students who are majoring in these realms, or taking a few courses in these areas, often only have a vague idea of careers that utilize the knowledge and skills they’re building through their academic work,” said Barbara Trapido-Lurie, an academic research professional in the School of Geographical Sciences and Urban Planning, who assists students with finding internships and career preparation. Trapido-Lurie is also one of the key organizers of the in-person event and also served on the team of creators for the new virtual web experience, which also included Eileen Baden, Aryn Musgrave and Megan Martin.

The Career Navigator webpage features videos from 16 professionals across the different disciplines. Visitors to the page can either decide to view all of the videos, or sort and search based on interests – whether that be by specific discipline or via more universal interests, such as loving the outdoors, an interest in technology, or sustainability issues.

“As a whole, the three areas aren’t well known among people choosing college majors,” Trapido-Lurie said. “A person who’s passionate about preserving and protecting the natural environment may not realize that the study of GIS, geography and planning can lead to a career in which they develop plans for conservation lands, use cutting-edge technologies or help citizens understand how they can create a water-wise home.”

Last year’s Career Navigator event brought together over 100 professionals to ASU’s Memorial Union. The ballroom was crowded and filled with hundreds of students who connected with these professionals to learn about different careers and organizations.

While there’s no way to duplicate the energy of a room packed with people, organizers of Career Navigator wanted to try to replicate some of the connections students were making with professionals, especially in terms of realizing the breadth and the depth of career options available.

“I hope that students who interact with these videos will feel inspired and gain confidence that there are diverse avenues to build careers that are meaningful and rewarding,” Trapido-Lurie said. “I hope that they’ll also feel ready to continue their investigation of career options described in the videos, and will find guidance in the advice that the professionals offer.”

Now, in its digital formatting, the organizers hope Career Navigator will reach even more students than may have attended an in-person event to help them to also feel inspired. With plans to connect with educators beyond the walls of the School of Geographical Sciences and Urban Planning, as well as those outside of ASU, the videos and resources provided can give students who have yet to enroll in geography, GIS and urban planning courses, and even those who have yet to take a college course, new opportunities to consider when it comes to future studies.

A world to explore and advice to be shared

The 16 videos from professionals across the country and around the world highlight a variety of careers, including those available with local and national governmental agencies, private firms, and even the nonprofit sector. But with job titles like community planner or GIS coordinator, the aspects of the day-to-day job or even the bigger impact may not be immediately identifiable.

In each of the videos, professionals share what their work entails, including the impact they make for the communities they serve, as well as share what they love about their careers and advice for students. With each video, the hope is that students gain further insight into the career opportunities available to them, beyond a nondescriptive job title.

For instance, as a GIS coordinator for the U.S. Forest Service, Mark Christiano’s job in the most simple of terms is to create maps for the region he serves. But, the importance of those maps is critical to areas such as conservation and can be life-saving.

“It’s exciting to know that you have such a massive impact,” said Christiano in his video submission to Career Navigator. “You make a trail map and thousands of visitors use it. You make a fire map and it helps keep firefighters safe. You make a timber map and you’re helping to restore the forest. I just love what we do."

From researching tornadoes to investigating archaeological sites to helping create towns that are thriving, each of the submitted videos showcases the diversity of ways that the disciplines of geography, GIS and planning can create meaningful and impactful careers, and the value that each of the professionals finds in their field. To learn more and view all of the videos, visit the Career Navigator website.

Bait and switch: The environmental effects of mislabeled fish

Perhaps that sauteed snapper you enjoyed last evening at your neighborhood restaurant was not snapper at all. Perhaps it was Pacific Ocean perch, cloaked in a wine sauce to disguise its true identity. The same goes for that grouper you paid a handsome price for at your local fishmonger’s and cooked up at home. Instead, you may have been feasting on a plateful of whitefin weakfish and been none t... 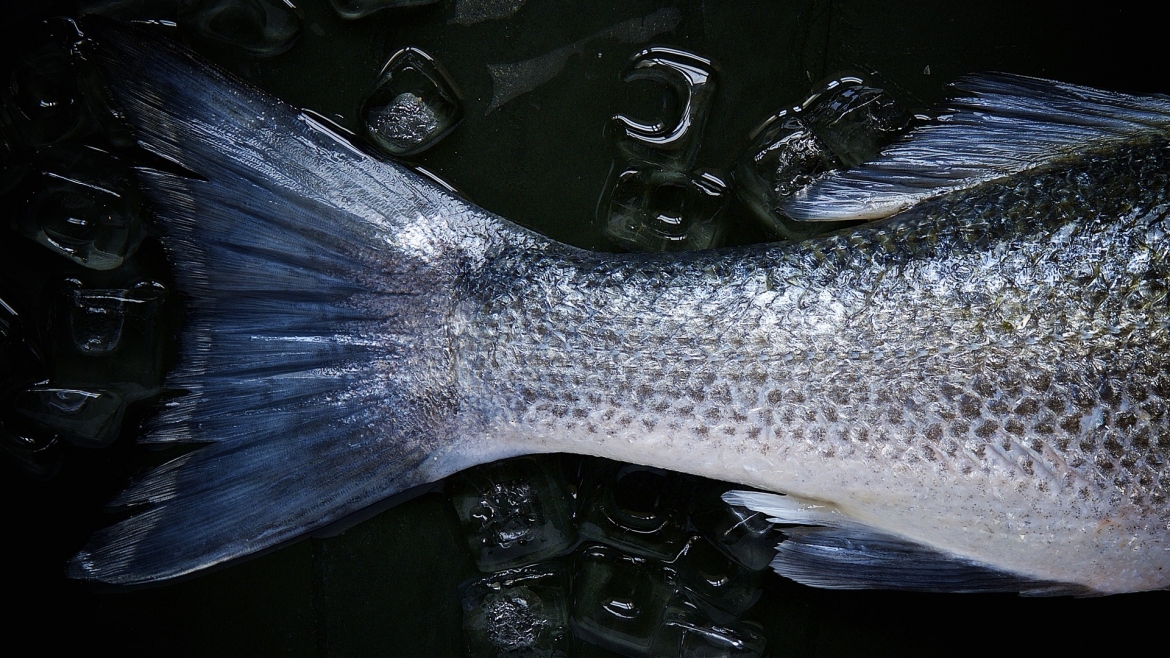 Perhaps that sauteed snapper you enjoyed last evening at your neighborhood restaurant was not snapper at all. Perhaps it was Pacific Ocean perch, cloaked in a wine sauce to disguise its true identity. The same goes for that grouper you paid a handsome price for at your local fishmonger’s and cooked up at home. Instead, you may have been feasting on a plateful of whitefin weakfish and been none the wiser.

Seafood is the world’s most highly traded food commodity, and reports of seafood mislabeling have increased over the past decade. However, proof of the environmental effects of mislabeled seafood has been scant as has research. So, Arizona State University researcher Kailin Kroetz and her colleagues analyzed the impact of seafood mislabeling on marine population health, fishery management effectiveness, and habitats and ecosystems in the United States, the world’s largest seafood importer.

The results of the study were published in the Proceedings of the National Academy of Sciences.

The study found that approximately 190,000 to 250,000 tons of mislabeled seafood are sold in the United States each year, or 3.4% to 4.3% of consumed seafood. What’s more, the substituted seafood was 28% more likely to be imported from other countries, which may have weaker environmental laws than the United States.

“In the United States, we’re actually very good at managing our fisheries,” said Kroetz, assistant professor in ASU’s School of Sustainability. “We assess the stock so we know what’s out there. We set a catch limit. We have strong monitoring and enforcement capabilities to support fishers adhering to the limit. But many countries we import from do not have the same management capacity.”

“Although we would like to do a global assessment in the longer run, we focused on the U.S. first because Seafood Watch assesses about 85% of U.S. seafood consumed,” Kroetz explained. “The data we were able to access in the U.S. were much more detailed than what we could access on the global scale.”

The study found that substitute species came from fisheries that performed worse in terms of population impacts 86% of the time. The population impact metric accounted for fish abundance, fishing mortality, bycatch and discards — that is, fish thrown back to sea after being caught. In addition, 78% of the time the substituted seafood fared worse than the expected products listed on the label when it came to fishery management effectiveness.

Prior studies have focused on the rates at which specific seafood is mislabeled. But it’s the quantity of substituted fish consumed that is key to determining environmental impacts.

Good examples are shrimp and snapper. The researchers found that giant tiger prawns are substituted for white leg shrimp more than any other seafood product — and Americans eat more shrimp than any other type of seafood, opening the door to potentially substantial environmental impacts.  Meanwhile, snapper has a higher rate of mislabeling, but Americans consume much less of it than shrimp.

Mislabeling can shake consumer confidence in their quest to eat only sustainable, local seafood. That’s because substituted fish is more likely to be imported and come from poorly managed fisheries, thereby creating a market for fish that shouldn’t be liberally consumed.

For example, you might think you’re getting this wonderful local blue crab, supporting local fisheries, and experiencing local cuisine, but in reality, you could be eating something that was imported from Indonesia. Learning about mislabeling might reduce the amount you’d pay for blue crab in the future or result in you not consuming it at all.

“The expected species is often really well managed,” Kroetz said. “Consuming fish from a fishery shouldn’t have a negative impact in terms of the population now or in the future if the management is good. But if you’re consuming fish from poorly managed fisheries, that’s not sustainable.”

This study was funded by the Paul M. Angell Family Foundation and Resources for the Future. The work was also supported by the National Socio-Environmental Synthesis Center under funding received from the U.S. National Science Foundation.