Pravati Capital, a leading litigation finance and consulting firm based in Scottsdale, Arizona, announced Dec. 8 the establishment of the Pravati Capital Endowed Scholarship, supporting the exceptionally gifted students at the Sandra Day O'Connor College of Law at Arizona State University.

Pravati's commitment to the ASU Foundation for a New American University supports student success in the field of law within the state of Arizona and across the world. 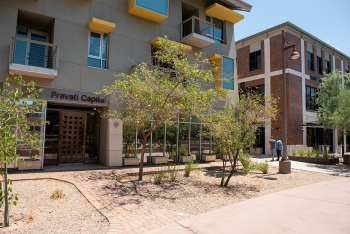 Pravati Capital, based in Scottsdale, Arizona, has established a scholarship in support of the advancement of ASU Law students. Download Full Image

"We are extremely proud to support the future of law professionals at the Sandra Day O'Connor College of Law at Arizona State University and make a positive contribution to our community," said Alexander Chucri, chief executive officer of Pravati Capital. "It's an honor to sponsor higher education and promote the brightest minds of our next generation. I believe the use of capital in litigation can be very powerful for supporting plaintiffs and getting justice. This partnership with ASU Law will help educate future lawyers of the importance of litigation financing."

"ASU Law is extremely grateful for Pravati Capital's generous contribution to the Dean's Circle and to further advance our efforts to provide our students with an exceptional law school experience," Sylvester said. "Support of firms like Pravati Capital is essential in giving our students the opportunity to obtain a comprehensive legal education to prepare them for their future careers in law."

Pravati Capital's support of law firms across the United States, through access to nonrecourse and recourse capital, allows firms and plaintiffs to see cases through to their rightful conclusion, and not be forced to settle due to a lack of funds. Leveling the playing field and allowing for a measure of balance in complex cases, is a goal both educators and Pravati Capital share.

Litigation funding from Pravati Capital also helps generate a firm's cash flow during the times when it is most needed, and maximizes a firm's management, marketing, growth and expansion. A law firm with this financial security knows it has the freedom and flexibility to draw on that credit when it needs to.

Editor's note: This story is part of a series of profiles of notable fall 2020 graduates.By day, Gary Schultz was a hard-working linguistics student at Arizona State University.By night – well, he was still a student. He often spent the dark hours cramming to complete assignments and study for tests.But also at night, Schultz was a bartender. He worked in the profession full time during most...

By day, Gary Schultz was a hard-working linguistics student at Arizona State University. 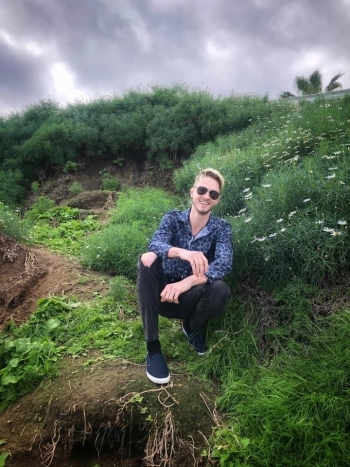 By night – well, he was still a student. He often spent the dark hours cramming to complete assignments and study for tests.

But also at night, Schultz was a bartender. He worked in the profession full time during most of his college career, appreciating the flexibility and evening shift hours. He also enjoyed what he termed the work’s “good balance of science and art.”

Behind the bar, Schultz lived out the art-science connection. He relished being able to establish warm relationships with customers and to experiment with concocting memorable – or in his case, forgettable – cocktails. “One of my favorite things to do would be to ask someone what they liked and create a completely unique drink for them,” he said. “Then I forget what I put in it. That way, the drink will only ever exist once, just for them.”

Schultz got started in the business somewhat by accident. “I was a server at a tiny hotel restaurant in Mesa,” he explained. “The place was so small we didn’t have a full-time bartender. Guests watched in dismay as we tried to hide our phones while looking up how to make a Manhattan. After that, I got a bit more serious about bartending. I learned not only what goes into a drink, but the differences in preparation, and how the spirits get made.”

Unfortunately, Schultz was furloughed this past March due to the pandemic. But he continued to apply the curiosity, service mentality and stick-to-itiveness he developed in his mixology career to his studies. After completing a teaching internship with ASU Global Launch in summer and fall 2020 – which he first approached with anxiety and trepidation – Schultz knows he’s made all the right connections.

“Coming from a fast-paced vocation, I was initially worried that teaching would bore me once I got used to it,” he confessed. “Now, I don’t know if that’s possible. Literally, every day something unexpected happens and forces me to reevaluate my perspective. It also really helps to have such a supportive network of teachers and students be a part of this. The connections I’ve made at Global Launch are without a doubt the most meaningful I’ve made in my academic career, and I’m very glad that ‘unusual’ is an environment I can thrive in.”

It seems that Schultz has indeed concocted a winning degree mix: one that reflects his love of the art-science dichotomy. He is graduating from ASU this fall with a BA in English (linguistics), a minor in business and a certificate in Teaching English to Speakers of Other Languages (TESOL).

We spoke to Schultz a bit more about his experience as a transfer student at ASU, how he got through the hardest days and his very practical idea for traffic regulation.

Answer: To be honest, language was not my first passion. English was fun enough, but I wasn’t very good at Spanish until I began working in a kitchen after high school. That was the first time that language for me went from being a system of words and rules to a versatile tool, which is constantly being relearned and repurposed to express oneself. As I started to learn more languages, I began realizing my own language didn’t have a lot of the expressions they did. I started seeing how people could use the same language very differently, or different languages very similarly. It started becoming less about distinction and more about connection. History was still my first passion; but a sobering conversation with someone who had learned the hard way convinced me I had little future there. A friend of mine who was into linguistics gave me the idea to switch to this major about three years ago, and it’s been a perfect fit ever since.

A: I learned that there are in fact limits to how much of something I can get done the night before it’s due.

A: Originally, my first choice was a private school in New York that I had no hope of affording. Community college was pretty much the only real choice I had. At first, I accepted it like a cat accepts bath time; but it helped me a lot in the long run, and it put me in a great place to transfer to ASU. I was pleasantly surprised at the quality of education I received at community college, especially considering Arizona’s standing in regards to public education. The close-to-home network made a lot of things easier than if I had moved to a new state and tried setting up in a brand new place.

A: Ruby Macksoud, director of internships in the English department, taught me not to quit, even when I’m absolutely sure I’m going to fail. There are times when it seems like every option is expired, every deadline has passed, and every door is locked. In those moments, it seems like all you’re doing by continuing to try is just delaying the inevitable and making a fool of yourself. Ruby reminded me that things are almost never absolute, and that anything can change, even at the last second. I would have gotten back up from that defeat eventually, but because of her I stopped letting myself fall.

A: Talk to as many people as you can. The more diverse, the better. This is a unique period in your life where you have enough experience to appreciate life in all its nuances, but not too much to be stuck in your ways. Take advantage of that openness and talk to people. You can learn so much through others, and create connections that might last for the rest of your life. If you’re afraid to talk to people, all the more reason to do it. Once you can break past that discomfort, you’ll never worry about closed doors again.

A: Far more important for me is getting my train of thought going. Whatever physical place helps you get to that mental place is probably different for everyone. I was always partial to views: balconies, windows, places that give kind of an elevated perspective. Maybe there’s something symbolic in that.

A: For now, work. Grad school would be nice, and I definitely plan to [go] soon, but real work experience seems more important right now. I’d like to start teaching English abroad and learn more about people around the world.

A: I’m not sure how far $40 million would go in fixing this issue, but one thing I would try to do is rapidly replace the traffic infrastructure in a smaller but more densely-populated major city, switching from using intersections to traffic circles. The lower speeds would reduce the likelihood of accidents (and the severity of the accidents that do happen), while the continuous flow of traffic means that people would get places more quickly and get much better fuel efficiency from not constantly stopping and starting. Introduced on a larger scale, ceteris paribus, this would also result in lower gas prices. By starting in a small but important city, I would increase the chances of success while also still being visible enough to set an example that hopefully the rest of the country would follow.