4 outstanding ASU alumni honored as The College Leaders of 2020

When Arizona State University alumni reflect on their Sun Devil stories, they often remember the influential courses they took from The College of Liberal Arts of Sciences.

From biology and psychology to English, history and anthropology, ASU students explore a wide array of topics through The College’s 23 diverse academic units. It’s at The College where many students discover their passions, setting them on a trajectory toward personal and professional success. On Nov. 20, four outstanding alumni will be recognized and celebrated for their accomplishments with an induction into The College Leaders. Alumni of The College of Liberal Arts and Sciences Laura Bush, Neil Giuliano, Lisa Fernandez and George "Sonny" Cave will be recognized and celebrated for their accomplishments with an induction into The College Leaders on Nov. 20. Download Full Image

This year’s leaders, Laura Bush, George “Sonny” Cave, Lisa Fernandez and Neil Giuliano, demonstrate the ways in which a degree in liberal arts and sciences can lead to a successful career in a number of fields. Each alumni will be recognized for their achievements in business, research and community service. They join a distinguished group of individuals who showcase extraordinary leadership skills while driving positive change locally and internationally.

Bush earned a PhD in English in 2000, and went on to work at ASU for 12 years in a variety of roles including as an instructional professional, lecturer, and manager of curriculum design and innovation. Throughout her career, she has published a number of articles in scholarly and nonscholarly publications, as well as her own book in 2004, “Faithful Transgressions in the American West: Six Twentieth-Century Mormon Women’s Autobiographical Acts.”

After becoming a published author and building a successful career in academia, Bush forged a new path as an entrepreneur. In 2012, she founded Peacock Proud Press, a company that offers resources to writers and authors including coaching, editing, publishing and e-courses. She said it was her degree from ASU that helped set her apart from others in her field.

“My degree from ASU gave me all the skills and credibility and authority needed to attract clients who want to write quality books. I see myself distinguished in that way,” Bush said. “There are very few people who have a PhD in English who are doing what I am in the book publishing industry.”

Cave earned a master’s degree in botany and plant ecology from ASU in 1982. During his time at ASU, he conducted research on desert fire ecology, a topic that had been virtually unexplored at the time. He said it was at ASU that he discovered the importance of having a spirit of innovation in everything you do.

“Prior to the work I did on desert fire ecology hardly anybody had researched it. So kind of being in that pioneering spirit and doing something new — having to find resources that people didn't have readily available at the time,” Cave said. “For example, I had to work with the U.S. Forest Service to find a study site and get permission to do a controlled burn. Also just learning from other graduate students and getting involved in the diversity of work they were doing. Harvesting the whole scientific discipline and doing something new and different really set me up for my career.”

From 1992 on, Cave built his career at Motorola, transitioning with the company as a portion of its semiconductor business spun-off into ON Semiconductor in 1999 and leading trailblazing work by assembling a worldwide law department focusing on environmental health and safety. Today, Cave continues to oversee ON Semiconductor’s growing law department, serving as executive vice president, chief compliance officer, chief risk officer and board secretary.

“My favorite part is I never stop learning,” he said. “Just when I think I've got it all figured out and you can't throw anything at me that I haven't already seen, sure enough stuff comes into the door that I would've never even thought of. That's one thing that I really like about this work. Especially right now with all the challenges we have — I had a lot of plans for this year and now everything is turned upside down.”

Fernandez, who earned a bachelor’s degree in political science in 2009, became interested in politics early. Her mom, Charlene Fernandez, is well known in the world of Arizona politics, having worked for Congressman Ed Pastor, former Arizona Gov. Janet Napolitano and now serving as the Democratic leader of the Arizona House of Representatives. She said it was her upbringing that initially sparked her interest in politics, but her time at ASU that motivated her to pursue a lifelong career in the field.

“When I got into college, I assumed in political science you mostly just learn about campaigns. But you really get to see all aspects of the political process from doing campaigns and elections, to statistics, global politics, the origins of political systems and the history of it all. Although we're in a challenging and difficult time, there's always something that we can look back on that helps give us an idea of how we can move forward,” Fernandez said. “The experiences I had and the relationships I built at ASU gave me the outlet to get to know the candidates, volunteers and people who helped me elevate myself in the political world.”

After graduating from The College, Fernandez went straight into the campaign world. She spent a year in Washington, D.C., working as a staff assistant for her hometown congressman, Raúl Grijalva. Over the years she served in a variety of roles for a number of organizations and campaigns including the Maricopa County Democratic Party, Arizona Democratic Party, Andrei Cherny for Congress and Cheri Bustos for Congress. After a brief departure from politics, she returned in 2019, becoming chief of staff for Phoenix Mayor Kate Gallego.

In his last 14 years at ASU, he simultaneously served as the mayor of Tempe, where the creation of Tempe Town Lake, the Tempe Performing Arts Center and the implementation of the regional light rail system were advanced under his leadership. He was the youngest person ever elected mayor of Tempe. He said it was his beginnings in The College that set him on a path to success.

“My whole ASU experience, both in the classroom and outside of the classroom, was transformative for me because it gave me, a skinny little kid from New Jersey, the opportunity to be exposed to people, ideas, information and knowledge that I just don't think I would have been exposed to had I not come to a big institution,” Giuliano said. “There was such tremendous opportunity.”

Throughout his career he also served as CEO of several well-known nonprofit organizations including GLAAD and the San Francisco AIDS Foundation. Today, he is the president and CEO of Greater Phoenix Leadership, a nonprofit organization with the mission to improve the greater Phoenix area and the state of Arizona by bringing together talent, resources and leadership to create action on priority issues. In his role, Giuliano works with 127 leaders of the largest organizations in Arizona to push forward initiatives, public policy and projects that will strengthen the state’s future.

National security has long been a driving force for technological innovation in this country. The internet, stealth technology, portable GPS, even the computer mouse grew out of efforts started in the U.S. Department of Defense.This tradition continues today, with defense and security agencies of the U.S. government driving advancements in artificial intelligence, 5G, quantum computing and other t... National security has long been a driving force for technological innovation in this country. The internet, stealth technology, portable GPS, even the computer mouse grew out of efforts started in the U.S. Department of Defense.

This tradition continues today, with defense and security agencies of the U.S. government driving advancements in artificial intelligence, 5G, quantum computing and other technologies that will dominate the future and help determine global military and economic leadership.

But the DOD cannot do this on their own. It has always worked closely with universities as part of a broader innovation ecosystem, which also includes industry and national laboratories, to conduct groundbreaking research and to better understand the technology landscape in order to anticipate which advancements are most likely to be consequential to national security.

The group brings 30 of the brightest scientists and engineers in the country together to identify new areas of development in computer and communication technologies and to highlight future potential research directions to DARPA, a DOD organization responsible for making pivotal investments in breakthrough technologies for national security. A core mission of DARPA is to maintain U.S. technological leadership and to reach for transformational change instead of incremental advances. 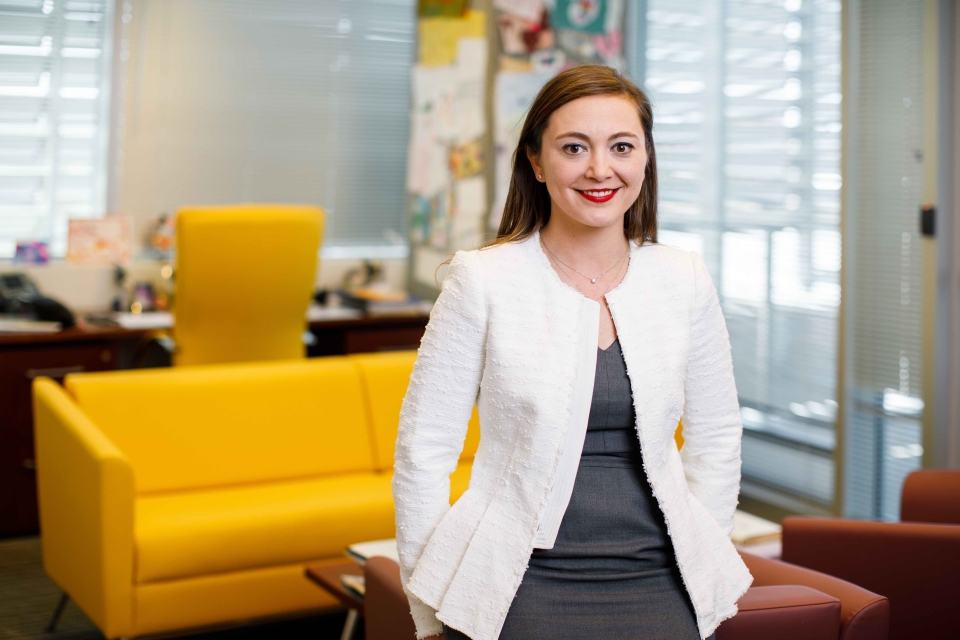 "Universities need to be involved in these discussions because they are able to bring both incredibly deep and incredibly broad expertise to the table," said Nadya Bliss, Global Security Initiative director.

“This is a great opportunity for ASU to contribute to defense and security research,” said Bliss, who first served as a member on the ISAT Study Group nearly a decade ago. “Universities need to be involved in these discussions because they are able to bring both incredibly deep and incredibly broad expertise to the table. By deep I mean true subject matter experts who understand not only the current state of technology, but can anticipate where that technology is heading. And by broad, I mean the sheer range of disciplinary expertise available at universities, from engineering to social sciences to the arts.”

DARPA was established in the wake of the launch of Sputnik, the world’s first artificial satellite, by the Soviet Union in the early days of the Cold War. That event caught the U.S. national security community by surprise, and President Dwight D. Eisenhower created the Advanced Research Projects Agency (ARPA) – the name was later changed to DARPA – with the express purpose of preventing technological surprise.

The study group helps achieve this mission by providing regular access to some of the country’s leading minds. The ISAT Study Group was established by DARPA in 1987 to support its technology offices and provide continuing and independent assessment of the state of advanced information science and technology.

During her term as vice-chair (and following that, anticipated term as chair), Bliss intends to focus on three top priorities: expand the focus on interdisciplinary research, foster increased inclusion in DOD research initiatives, and enable more collaborations with varied partners. 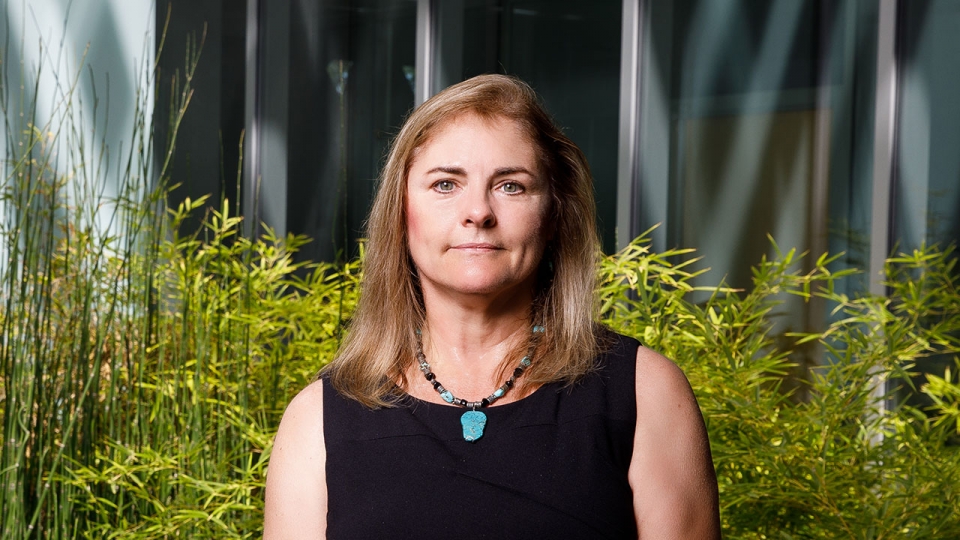 “The collaboration helps to move my thought processes forward and provides me an opportunity to branch out into areas that are new to me," said Nancy Cooke, director of the Center for Human, AI, and Robot Teaming.

Cooke’s primary research focus is on human-machine teaming, a key priority for DARPA as the DOD incorporates more machines and artificial intelligence into its daily and mission operations.

”Being involved in predicting surprise for DARPA through collaborations with very bright scientists and engineers is incredibly rewarding,” Cooke said. “The collaboration helps to move my thought processes forward and provides me an opportunity to branch out into areas that are new to me. For instance, I have recently talked to ant and dog experts about viewing our AI partners as a different species, analogous to human-animal teams.”