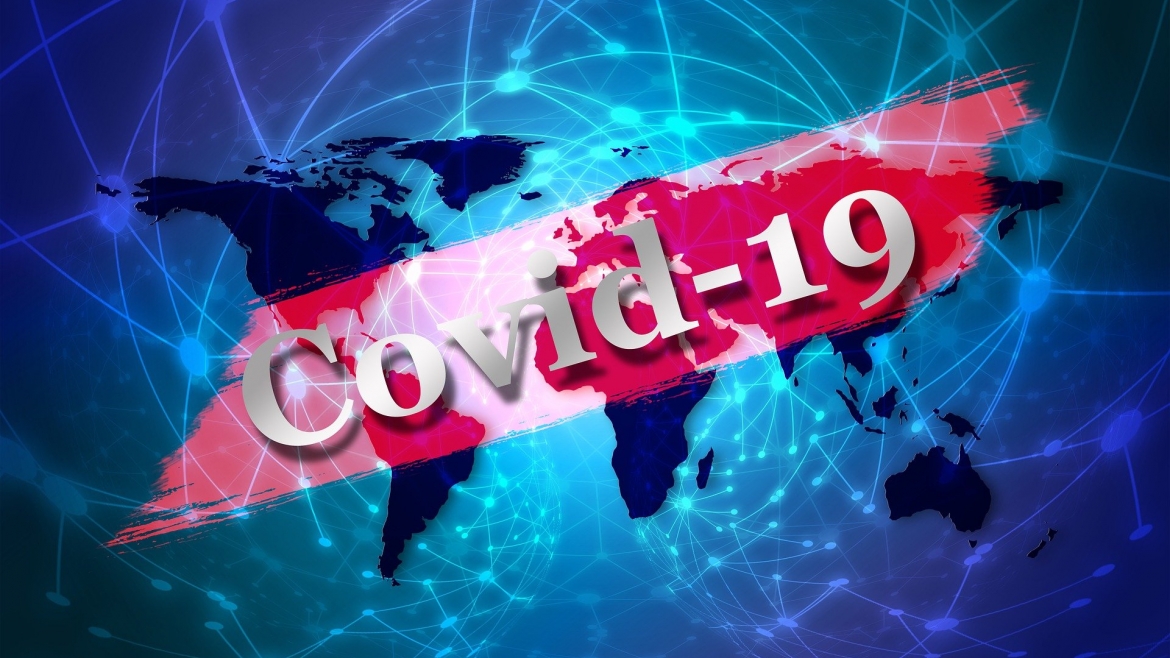 ASU experts call the coronavirus a ‘hinge event,' talk about how the country can move forward

The coronavirus crisis has dominated the headlines and many discussions this year about how the country, and even the world, can move forward from this devastating pandemic. According to the experts at Arizona State University's Council for Arabic and Islamic Studies and ASU’s Center on the Future of War, the answer may lie in how we label — or treat — the crisis.

Professor Souad T. Ali, founding chair of the Council for Arabic and Islamic Studies, moderated a conversation with the Center on the Future of War co-directors Peter L. Bergen and Daniel Rothenberg on Oct. 14, as they discussed how the coronavirus crisis is shaping up to be a “hinge event” in American history, requiring radical new perspectives on national and global security.

“This pandemic is forcing us to rethink and update our understanding of national security,” Ali said. “COVID-19 has profoundly interfered with the life of our nation and we must treat it as one of the most significant threats to our national security in decades. Well over 200,000 people have died from the coronavirus, as millions of jobs have been lost and entire industries devastated. Indeed, the coronavirus crisis is shaping up to be a ‘hinge event’ in American history, like the Great Depression or 9/11. It is reshaping the world politically, globally, socially and economically, and it is also revealing major structural weaknesses in American society and undermining already fraying trust in the capacity of the U.S. government to respond effectively to core security challenges.”

Hinge events, said Bergen and Rothenberg, change the way people understand the world, as well as their concept of what leaders and institutions should do to keep their country secure. They explained how the economic collapse of the Great Depression, a hinge event, caused the nation-remaking reforms of the New Deal, including Social Security, the Fair Labor Standards Act, banking reforms, rural electrification and crop insurance.

Bergen and Rothenberg agreed that COVID-19 is a hinge event in American history, and that it will require reimagining how we approach living our lives and how we structure our society.

“The value of thinking through whether or not the COVID-19 pandemic is a hinge event is that that term focuses our attention on its significance, not just the significance of it in terms of obvious public health impact, but what this will mean in the long term,” said Rothenberg. “How will this be remembered? What substantive transformations and realizations will come out of our encounter with COVID-19?”

The pandemic will have far-ranging implications for our society, including reframing how we think about and pay for national security.

“George Kennan, in 1948, defined national security as the ability to live a normal life without the interference from a foreign power,” Bergen said. “We need to update that. The pandemic underlines the fact that there are many things that could potentially interfere with the ability of Americans to lead their normal lives, and this is one of them. We need a broader conception of what it means to be secure, which includes being free from disinformation campaigns that interfere with our electoral process. It means being secure from pandemics.”

This new, adjusted definition of national security, according to Bergen and Rothenberg, would be national security as “the continued ability of the country to pursue the development of its internal life without serious interference, or threat of interference, from foreign powers or other diverse threats,” which acknowledges the growing threat of nonstate actors to American security.

“Rahm Emanuel once famously counseled, 'Never allow a good crisis go to waste. It's an opportunity to do the things you once thought were impossible,'" Bergen said. “In other words, for all the dislocation, uncertainty, stress, and suffering they bring, crises are also opportunities for reimagining and rebuilding our social order.”

Bergen and Rothenberg believe that the coronavirus hinge event will present both opportunities and threats for the future. They believe we are already beginning to see the what the postcoronavirus future could bring: a focus on addressing climate change, paid family leave as a right and Medicare for those who want to opt into it, the death of the traditional office, distance working and a better internet and affordable broadband.

What could be more likely, however, are “dystopian” reactions to the hinge event, such as further embedding of surveillance technology in our everyday lives, a worsening U.S.-China relationship, surging authoritarian movements worldwide and a continued assault on truth and knowledge.

“What is needed now, more than ever, is vision, resilience, and a willingness to learn the core lesson of this disease: We are all deeply connected at a time of great danger,” Rothenberg said.

Chris West spent two decades building what would become a national real estate servicing business, Green River Capital, based out of Salt Lake City. But while he worked 24/7 on his business, he wrestled with a nagging thought.“I’ve always felt a little guilty that I didn’t do my patriotic time,” he said. “None of my family members have ever been in the military. My father was in the res...

But while he worked 24/7 on his business, he wrestled with a nagging thought. 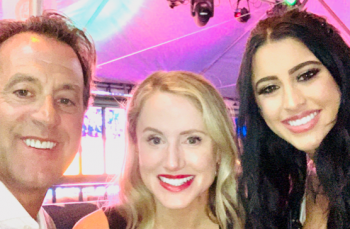 (From left) Christopher West and his wife, Meredith, and daughter, Carolina, established the Family First Scholarship to benefit dependents of service members killed or wounded during their service. Download Full Image

“I’ve always felt a little guilty that I didn’t do my patriotic time,” he said. “None of my family members have ever been in the military. My father was in the reserves, but we didn’t have much of a legacy or a push for the military.”

For someone who said he feels “very, very strongly about our freedom in this country,” that omission festered.

He supported veterans through the Wounded Warrior Project, which provides wounded soldiers with programs and services for their mental and physical health. He also directed his philanthropy to children’s causes, serving on the board of directors for the Ronald McDonald House.

But always there was the thought that he wanted to do more.

So, when he sold his last business and “got out of the rat race,” West realized he had the time and resources to do something “a little more personal.”

West and his family established the Family First Scholarship at Arizona State University to support the dependents of U.S. service members wounded or killed in action.

The loss of life or a service-related severe injury can be devastating to the children of military personnel, he says. While they qualify for Veterans Administration Chapter 35 benefits for survivors and dependents, those don’t cover many of their educational expenses.

“Unlike a lot of the scholarships that the Veterans Administration give out, if you fall into the category of Chapter 35 as a child or student, the amount of money that you’re allocated for your education only barely covers three years,” he said. Students are left to find financing and scholarships on their own.

The Family First Scholarship helps fund the remaining balance of their education.

For junior Brian-Kalani Headen, that support means he can continue to pursue biomedical and neural engineering, a career path he chose in large part because of his mother’s injury.

Headen’s mother, an administrative specialist in the U.S. Army, suffered a spinal injury during her service. Headen’s academic work focuses on creating biomedical devices to help those who suffer brain or spinal cord injuries. He is seeking a patent for a synthetic biomaterial device that emergency personnel can place on a victim at the scene of an accident that will transmit vital signs and biomedical data to doctors at a hospital.

“I guess you could say the impetus for creating this device was my mom’s spine,” he said.

He says he is grateful for the Family First Scholarship, which has given him the financial freedom to pursue in-depth studies in biotechnology. “This scholarship goes directly to my studies. What has been given to me, I want to put back into the world. My whole mission statement, you could say, is to use what they gave me so I can help others.” 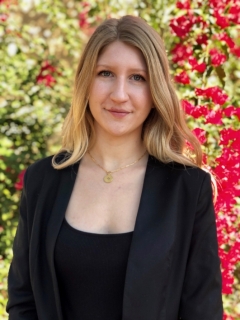 For senior Helena Wegner, a journalism major, the scholarship allows her to pursue her growing interest in investigative journalism and long-form reporting as she navigates college on her own.

“This scholarship has allowed me to focus on my schoolwork, which, to be honest, is something I have not had the luxury of doing,” said Wegner, whose father was injured while serving in the U.S. Air Force. “I applied for college on my own with no help — I taught my mom how to do the FAFSA with me. So, I’ve pretty much been navigating my entire college life by myself.

“I usually work multiple jobs, usually at a restaurant and I’ve never had the time or opportunity to try 110% in classes. Receiving the scholarship gave me the opportunity to focus on my classes and network with other students.”

Wegner is taking a narrative writing class with Fernanda Santos, an award-winning former staff writer at The New York Times, and is taking a course at ASU’s Howard Center for Investigative Journalism, where she is learning to report on and write in-depth stories.

“I get to spend more time and know that I am actually giving it my best. And when I graduate, I get to use these stories and apply for jobs,” she said.

According to West, if children of service members don’t get the opportunity to complete their education without accruing too much debt, it makes the rest of their life much tougher.

“So, their parents’ decision to be patriotic is affecting them. And so, I want this to be a stepping stone. I want them to know there are people out there who care about them.”

The Family First Scholarship is currently accepting applications for the 2021–2022 school year. To apply, visit the Financial Aid and Scholarship Services website.