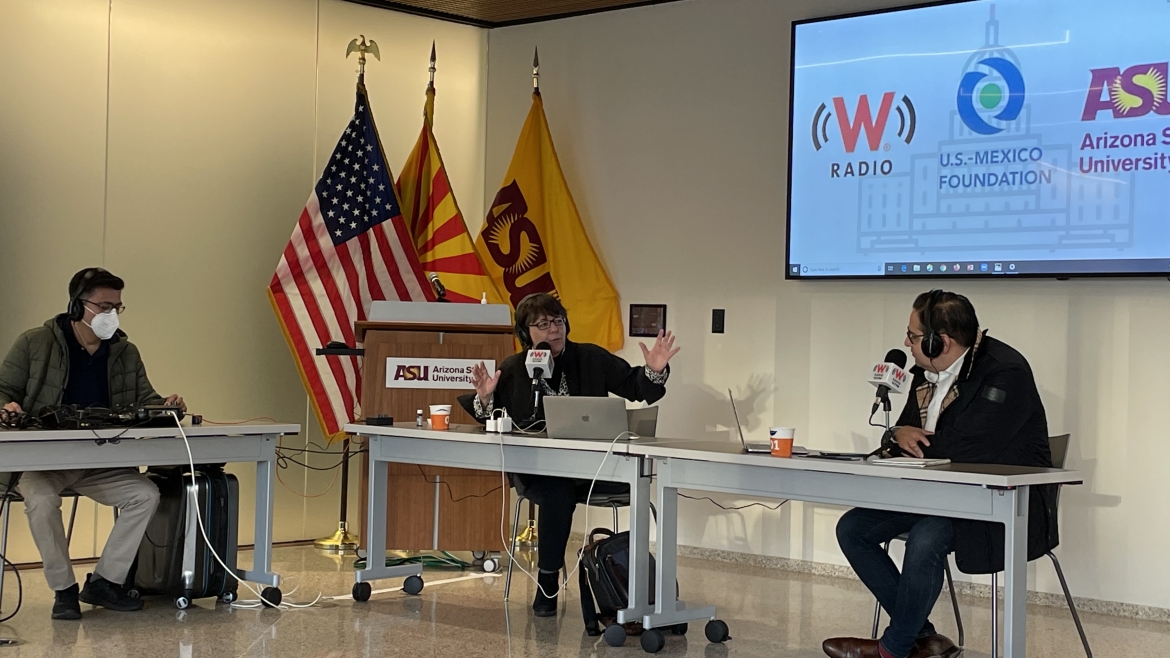 “Son las seeeeiiis de la mañana,” announces Gabriela Warkentin, host of the Mexican radio program "Así las Cosas," signing on the way she always does to her morning show, one of the most influential news programs in Mexico.

But this week, Warkentin and her co-host, Javier Risco, aren’t broadcasting from Mexico City — they’re signing on from the ASU Barrett and O’Connor Washington Center, located three blocks from the White House.

Their special coverage of the historic election for Mexico’s W Radio, in collaboration with the U.S.-Mexico Foundation and ASU, is taking place Nov. 2–4.

In Mexico, there’s great interest in the U.S. election, explained Risco, because of the economic, social and political implications of the U.S.-Mexico relationship on both sides of the border, as well as the large number of Mexicans and Mexican Americans living in the U.S.

Risco said their special coverage of the election from the U.S. capital is part of a larger effort to cover international challenges and movements, such as the pandemic and the Black Lives Matter movement. 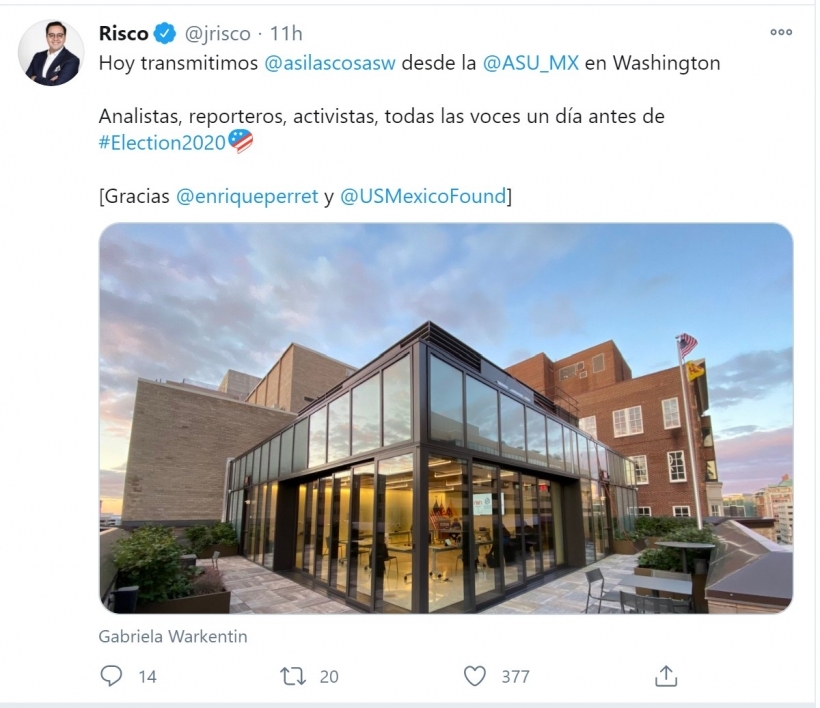 For Warkentin, it’s important to talk about the U.S. in Mexico, and Mexico in the U.S. — and the radio is a perfect space to carry out a sort of “public pedagogy” about the impact of the binational relationship, and the ripple effects of each country’s politics in the other.

The U.S.-Mexico Foundation, an organization dedicated to fostering bilateral cooperation and understanding, coordinated the journalists’ visit as a part of its education and public diplomacy initiatives, said Enrique Perret, the organization’s director.

“Having two renowned journalists as Gabriela Warkentin and Javier Risco in Washington to cover the 2020 elections is key for bilateral understanding during such an important moment in politics,” Perret said.

Hosting the program, which has the substance of NPR's "All Things Considered" but the tone of a more informal talk show, was an easy decision for ASU.

“Our Barrett and O’Connor Washington Center is already a hub of strong journalism through our Cronkite programs here, and a space for thoughtful conversations in the very epicenter of the capital,” said Andrés Martinez, a professor of practice at the Walter Cronkite School of Journalism and Mass Communication and editorial director of Future Tense.

And providing Warkentin and Risco a broadcasting space where they can interview guests — at a safe distance and with significant precautions — and connect with their listeners across Mexico is a natural extension of ASU’s efforts to build stronger cross-border understanding and engagement.

Martinez said the world’s attention is focused on the U.S. election this week, and people in Mexico and elsewhere are endlessly fascinated with the idiosyncrasies of the U.S. electoral system. “I am struggling with new ways to describe to Mexican friends that we don’t have one federal election like you might see in other countries, but 50 parallel ones, each governed by separate sets of rules.”

Asked on the air if U.S. journalists had learned the lessons of 2016, in terms of their election coverage, Martinez, who is also a columnist for the Mexican newspaper Reforma, said journalists have learned a lot since the last U.S. presidential election about the type of coverage that conveys and explains voters’ moods and priorities, but could still use some humility in making predictions and obsessing over polls.

“I wish political journalism would be a little more like sports journalism,” Martinez said. “Predictions are fun, and can be valuable, but should not be the primary objective of serious journalism. We still seem too wedded to the notion that your journalism is only as good as your polls, and that strikes me as unduly arrogant. Sports journalists understand the games still must be played, regardless of the sophistication of their pregame analysis, and that anything can happen on the field. Political journalists should approach elections similarly.” 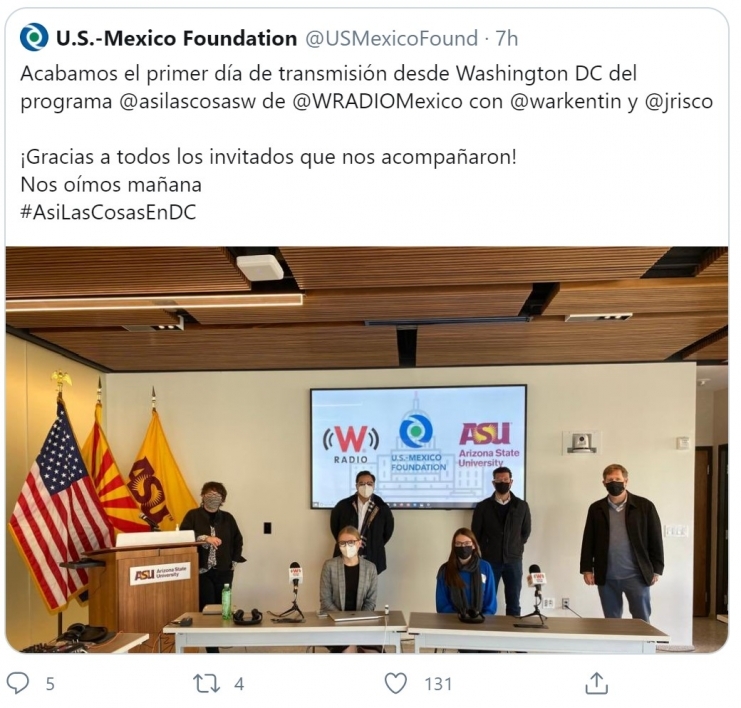 During the show, Warkentin highlighted the importance of journalism schools like the Cronkite School, dedicated to training the next generation of journalists to pursue the news with grit and integrity. In the face of rising attacks on journalists around the world and the increasingly powerful influence of false information, that work is even more critical to democracy.

Her advice for journalists who hope to someday sit in a chair like hers?

“Don’t lose hope,” Warkentin said. “Doing journalism is worth it.”

Top photo: Gabriela Warkentin (middle) and Javier Risco (right) discuss the U.S. election on their morning program "Así las Cosas" on W Radio México on Monday, Nov. 2. The journalists are broadcasting live from the ASU Barrett and O’Connor Washington Center in collaboration with the U.S.-Mexico Foundation.