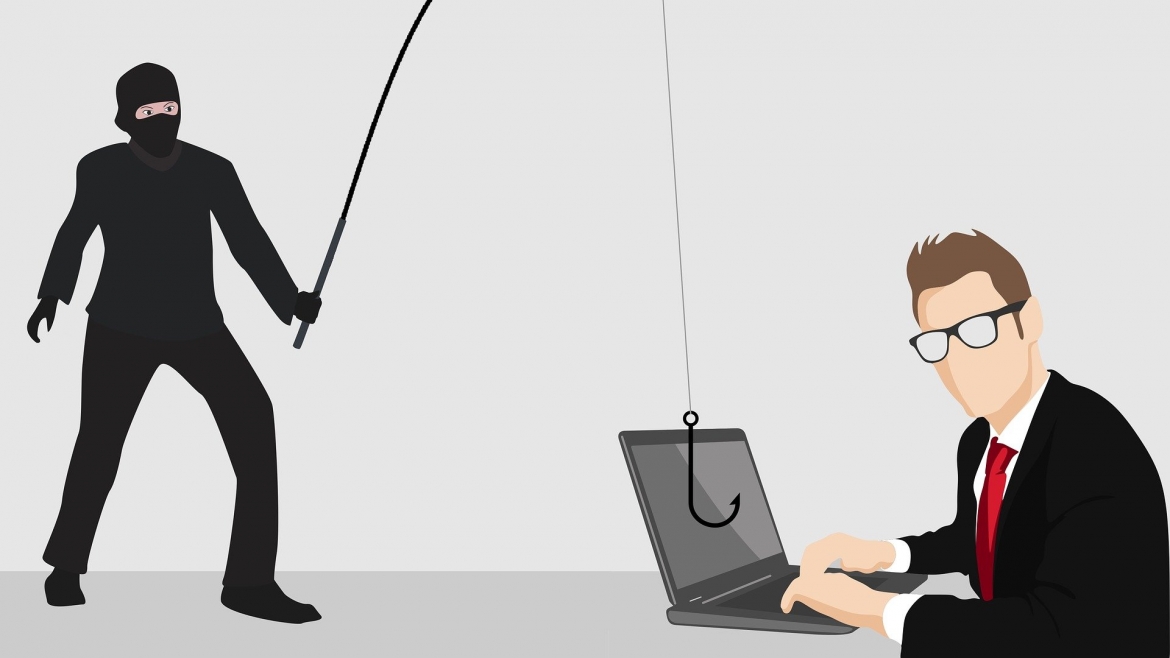 How did I get phished?

You’re online and you get an email from PayPal asking to check your balance. The logo looks good — you’re not really paying much attention — and the email provides a handy link to get into your account. You click on that, type in your username and password, glance at your account — which appears to be right — and surf off somewhere else.

Two weeks later your account is empty. They phished and you bit. Ouch.

But why didn’t you get a pop-up of one of those red warning pages that screams, “DANGER AHEAD”?

Because the tech giants didn’t know about the new scam site. It was hidden — cloaked — in a way that their machines wouldn’t pick up.

A team of researchers in the Center for Cybersecurity and Digital Forensics at Arizona State University studied the problem by creating an automatic analysis system called CrawlPhish to detect and categorize fraudulent websites.

Adam Doupé, an associate professor in the School for Computing Informatics and Decision Systems Engineering, led the study.

“The thing that keeps people safe is these browser block lists that get populated with a list of sites that are known to be bad, but the question is, well, how do those get there to your machine?” said Doupé, who is also the acting director of the Center for Cybersecurity and Digital Forensics. “Somebody has to first detect it. And of course you don't want The New York Times to be on that list because they're a legitimate company. So there's a whole ecosystem. When somebody like PayPal first goes and finds a phishing site, then they have to try to convince people like Google or Microsoft that this is actually a phishing site to get that put into those lists.”

Doupé’s students found that many phishing websites want to look exactly like PayPal. So how do they do that? They actually link directly to the PayPal logo. Because of how the web works, that's hosted on web servers on paypal.com. When your browser sends a request for that image, it actually will say where it came from. The team was able to go through PayPal’s logs and find out how many people are getting the image from PayPal, but are not on a PayPal site.

That gave the team links to actual, real phishing websites in the wild. Using CrawlPhish, they saw when people visited them, and if they had been logged into PayPal — which a lot of people were — they could actually see what PayPal user they were. Later they could see if and how much later a fraudulent transaction on that PayPal account popped up.

“We tracked phishing emails that went out so we can see when the first emails were sent,” Doupé said. “We have timelines of those. The crazy thing is that we have tons of people that visit the site before it's ever detected.”

He calls that time period the "golden hour," similar to that time of day photographers love because the light is perfect.

“With phishing they get so much of those victims that actually visit the page before it's ever on a block list,” Doupé said. “We found like 50% of victims visit the page 40 minutes before it's ever blocked. This is the thing that shows like, ‘Hey, we need to be doing this faster because we're leaving people as victims to these sites and the attackers know this, and this is why their attacks are so successful.’ … The super interesting thing is then we would find a fraudulent transaction on average, five days after detection.”

Attackers are quick to adapt to changing news cycles. Look at how fast shady-looking sites for face masks sprang up last spring, or how fake donation sites arise after a natural disaster.

“Our anti-detection systems aren't right, because essentially we're fighting human intelligence,” Doupé said. “Their livelihood depends on being able to successfully scam people. So they're able to quickly pivot and create these scam sites that take advantage of current things like the coronavirus.

“The key takeaway is us trying to say, ‘Hey, look, attackers are agile and clearly adjusting their strategies to the climate. How can the anti-phishing ecosystem?’ … The goal here is to kind of spur further research and to say, ‘OK, how can we deal with these changing things?’ Our systems are behind. They're much more reactive rather than proactive.”

Top image by Tumisu from Pixabay

Kay Norton, professor of musicology in Arizona State University's School of Music, Dance and Theatre, is an invited keynote speaker at the INECO Foundation's first virtual conference in Latin America, "Building the neuroscience of well-being during and after the COVID-19 pandemic,” on Oct. 28.Norton will share insights from her book “Singing and Wellbeing: Ancient Wisdom, Modern Proof” (Rout...

Kay Norton, professor of musicology in Arizona State University's School of Music, Dance and Theatre, is an invited keynote speaker at the INECO Foundation's first virtual conference in Latin America, "Building the neuroscience of well-being during and after the COVID-19 pandemic,” on Oct. 28.

Norton will share insights from her book “Singing and Wellbeing: Ancient Wisdom, Modern Proof” (Routledge, 2016) and provide a review of recent scientific findings on five areas in which singing supports well-being. Those areas of well-being include dementia and brain trauma, gait rhythm for Parkinson’s patients, immune response, reward and motivation for staying consistent with therapies that involve singing, and group bonding. 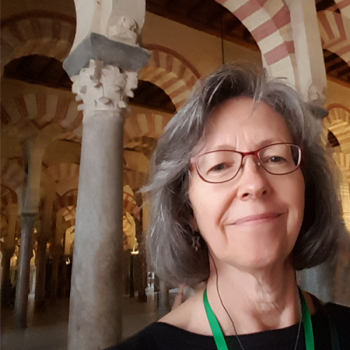 The INECO Foundation is a nonprofit organization that supports research programs on brain functioning and prevention, detection and treatment of neurological and psychiatric disorders, both in adults and children.

To close the conference, Norton will lead the estimated 2,000 conference attendees in a virtual singing experience in the tradition of vocalist and activist Ysaÿe Barnwell’s building a vocal community.

For the conference, Norton recruited friends to learn and record the chorus, “We are the ones that we’ve been waiting for,” taught to her by Barnwell during Barnwell’s 2017 time as artist-in-residence at ASU.

“The takeaway from that song is, ‘Don’t wait for other people to imagine and create ways to connect, demonstrate or innovate avenues of well-being — be the change yourself,’” Norton said. “In the middle of a global pandemic, singing together in any way possible allows me, and I hope others, to find optimism.”

Ethnomusicology student Lawson Malnory engineered the composite recording that Norton will play at the end of her paper presentation. After conference attendees hear the different parts, they will be invited to join in a final version with everyone singing together.

“It’s really powerful,” Norton said. “I can attest that, even separated by great distances, I get a surge of feel-good neurotransmitters and brain hormones when I sing with others in this way, and I believe others will too.”

The symposium is free and open to the public. Norton’s presentation is from 2:40–2:55 p.m. (MST) Wednesday, Oct. 28. Register at simposio.fundacionineco.org/.