Kay Norton, professor of musicology in Arizona State University's School of Music, Dance and Theatre, is an invited keynote speaker at the INECO Foundation's first virtual conference in Latin America, "Building the neuroscience of well-being during and after the COVID-19 pandemic,” on Oct. 28.

Norton will share insights from her book “Singing and Wellbeing: Ancient Wisdom, Modern Proof” (Routledge, 2016) and provide a review of recent scientific findings on five areas in which singing supports well-being. Those areas of well-being include dementia and brain trauma, gait rhythm for Parkinson’s patients, immune response, reward and motivation for staying consistent with therapies that involve singing, and group bonding. The INECO Foundation is a nonprofit organization that supports research programs on brain functioning and prevention, detection and treatment of neurological and psychiatric disorders, both in adults and children.

To close the conference, Norton will lead the estimated 2,000 conference attendees in a virtual singing experience in the tradition of vocalist and activist Ysaÿe Barnwell’s building a vocal community.

For the conference, Norton recruited friends to learn and record the chorus, “We are the ones that we’ve been waiting for,” taught to her by Barnwell during Barnwell’s 2017 time as artist-in-residence at ASU.

“The takeaway from that song is, ‘Don’t wait for other people to imagine and create ways to connect, demonstrate or innovate avenues of well-being — be the change yourself,’” Norton said. “In the middle of a global pandemic, singing together in any way possible allows me, and I hope others, to find optimism.”

Ethnomusicology student Lawson Malnory engineered the composite recording that Norton will play at the end of her paper presentation. After conference attendees hear the different parts, they will be invited to join in a final version with everyone singing together.

“It’s really powerful,” Norton said. “I can attest that, even separated by great distances, I get a surge of feel-good neurotransmitters and brain hormones when I sing with others in this way, and I believe others will too.”

The symposium is free and open to the public. Norton’s presentation is from 2:40–2:55 p.m. (MST) Wednesday, Oct. 28. Register at simposio.fundacionineco.org/.

Daniel Brouwer, associate professor of rhetorical studies at Arizona State University's Hugh Downs School of Human Communication, was awarded the 2020 Rhetorical and Communication Theory Division Faculty Mentor Award from the National Communication Association. Given annually, the award publicly recognizes “the considerable time and energy that particular teachers and scholars may devote to h...

Given annually, the award publicly recognizes “the considerable time and energy that particular teachers and scholars may devote to helping others succeed in our profession.” 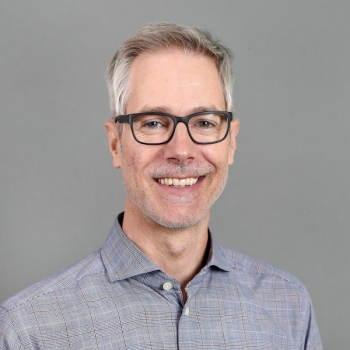 Brouwer was nominated by a number of ASU alumni who are his former advisees. Leading the effort was Shuzhen Huang, an assistant professor in communication studies at Bloomsburg University in Pennsylvania.

“Dr. Brouwer has a reputation for promoting diversity by serving students on the margins," Huang said. "He has shown sustained effort and care to help me and other young scholars succeed in our professional careers, especially in the case of historically underrepresented groups. He has also shown his ability to make students feel seen, recognized and affirmed. Like many of his advisees, my scholarly path is greatly impacted by Dr. Brouwer, who has served as an influential role model that I aspire to be.”

Roberta Chevrette, assistant professor at Middle Tennessee State University, also wrote a letter for support of Brouwer and said his mentorship “helped me find clarity and confidence in my own scholarly expression.”

“Not only has Dan long mentored LGBT+ students and faculty through his teaching, scholarship and service, but he has also been instrumental in promoting visibility and inclusion within the discipline at large through his long run as one of the founders and co-organizers of NCA’s Queer No Host."

Chevrette added, “I always laugh when I think back to the first paper I got back in theory class, which had extraneous commas scratched out throughout. In one place, a comma appeared to have been scratched out so vigorously that the essay had a hole in it, next to which appeared the written explanation: 'no comma.' Although this moment does not in itself illustrate the actual substance, depth and time that Dan invests in scholarly mentoring, it does bring a smile to my face thinking of the attention to detail and subtle humor that he brings to the task of helping students learn to express themselves more clearly. Such work extends far beyond the classroom into his close, careful work with his advisees as well as the numerous other graduate and undergraduate students on whose committees he has served."

Michael Tristano Jr., an assistant professor at Towson State University, said that Brouwer has been attentive to the mental and emotional well-being of his advisees to remind them that they were cared for.

“As a mentor, Dan is a patient listener," he said. "He is very sensitive to power dynamics, offering help and support in a way that people feel comfortable. For instance, the comments he provided for students’ works are always in a conversational style without implying the common professor-student hierarchy, although such a friendly style usually means more work for him.”

Paul Mongeau, professor and interim director of the Hugh Downs School of Human Communication, commented that, “Dan is an extremely fitting awardee. The amount of time that he spends working with students is simply extraordinary. He sets a very high bar toward which the rest of us strive.”

Brouwer’s award will be presented virtually on Nov. 21 at the NCA 106th annual convention.