As the 2020 general election approaches, the Sandra Day O’Connor College of Law at Arizona State University recently caught up with Professor Larry Garber, an election law expert and adjunct professor who created and is teaching a U.S. and International Election Law class in Washington, D.C.

Garber brings ASU Law and the International Rule of Law and Security program a wealth of experience in the election law field. During his career, he served in senior election law and international development positions, including senior associate for electoral process at the National Democratic Institute, mission director for West Bank and Gaza at the U.S. Agency for International Development, and the leader of numerous election observation missions around the world. His “Guidelines for International Election Observing,” published in 1984 at a time of democratic transformations around the world, provided structure to the field of election observation. 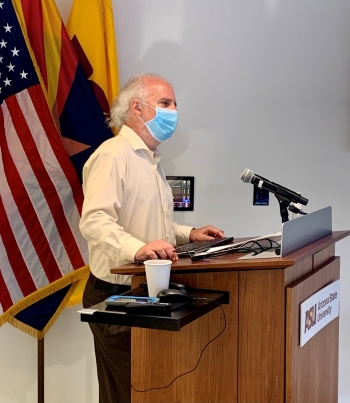 Garber, who is teaching at the ASU Barbara Barrett and Sandra Day O’Connor Washington Center, shared his perspective on why the class is important and what he hopes students gain from the experience. ASU Law also heard from Garber’s students on how much they are learning about elections and election law at a critical time for elections domestically and globally.

Albi Cela, an international ASU Law Master of Laws student from Albania, said that it is “amazing” to be a part of the class and learn from Garber’s 35 years of global experience.

“I would refer to Professor Garber, actually, as the Michael Jordan of elections,” said Cela in a video capturing his comments along with those from JD students Angela Matturro and Brent Bihr.

Learn more from Garber in the following Q&A and view the students’ video here:

Question: How did the U.S. and International Election Law class get started?

Answer: The class had its origins in my work with the Election Reformers Network, which I and several colleagues established in 2017 to share lessons from our experiences overseas with election reformers in the United States. Since forming, we have supported efforts to reform our system for electing officials, including Electoral College reform and ranked-choice voting, and our administrative processes, such as encouraging formation of independent redistricting commissions and independent election management boards. I thought it would be interesting to share the comparative work that we were doing in a setting where I could talk about both legal and political considerations.

Q: Why is the class so important, especially at this time?

A: The class emphasizes several points relevant to our current times – specifically, conducting elections during a pandemic and in a hyperpartisan political environment taking into consideration:

a) Credible elections are critical to democracy, and hence we must be prepared to conduct them in even the most challenging circumstances.

b) While countries vary greatly in terms of their electoral systems, there is much that can be learned by examining the experiences of other countries, particularly in administering an election under duress.

c) Despite the pandemic and the hyperpartisanship, the U.S. has quite strong institutions that are designed to mediate competing perspectives. Obviously, courts have played and continue to play a major role, but it is also important to examine the role of other actors, including legislators, executive bodies, media, law enforcement and others.

Q: What do you hope students will take away from the class?

A: I hope they see elections through new lenses, and particularly appreciate the challenges associated with the following subjects:

Q: Any comments on this year’s general election?

A: I will distribute a poll during class next week, asking students to offer predictions with respect to various issues pertaining to the upcoming election. As I will make clear, even the most astute observer of this election should be humble in trying to predict the possible outcomes.

Read more on Garber’s experiences in this interview in the International Rule of Law and Security Dispatch newsletter.

An ensemble of scientists, with expertise in psychology, biology, neuroscience and medicine, has authored a paper that uses an evolutionary perspective to interpret and assess the COVID-19 pandemic. The novel SARS-CoV-2 virus has infected more than 40 million people and killed more than 1 million worldwide. It has also severely impacted the global economy. The paper, which published on Oct. 22 ...

An ensemble of scientists, with expertise in psychology, biology, neuroscience and medicine, has authored a paper that uses an evolutionary perspective to interpret and assess the COVID-19 pandemic. The novel SARS-CoV-2 virus has infected more than 40 million people and killed more than 1 million worldwide. It has also severely impacted the global economy.

The paper, which published on Oct. 22 in Proceedings of the National Academy of Sciences, includes 10 insights about the pandemic. Athena Aktipis, associate professor of psychology at Arizona State University, and Joe Alcock, professor in the Department of Emergency Medicine at the University of New Mexico, co-authored the first insight about how the virus might affect social behavior in people. The SARS-CoV-2 virus, which is responsible for the COVID-19 pandemic, might affect social behavior in people by interfering with the immune system and affecting the brain and nervous system. Download Full Image

“Evolutionary theory can be used at many levels to understand what is going on with the COVID-19 pandemic, from how cells interact to the effect on society and culture,” Aktipis said. “Viruses and other agents of infection are known to affect the social behavior of their hosts by suppressing feelings of sickness during the highest periods of contagiousness, so we applied this line of thinking to SARS-CoV-2.”

One way a virus can make people feel well when they are most contagious is by altering the immune system response. The SARS-CoV-2 virus interferes with immune system proteins called interferons that coordinate the body’s response to the virus.

“Interferon is thought to cause social withdrawal and other sickness behaviors when we become ill,” Alcock said. “By blocking interferon, it is possible that the SARS-CoV-2 virus manipulates our behavior and keeps us interacting with other people, which is good for viral transmission — but not for us and especially not for public health.”

Another way a virus can affect social behavior is by targeting the brain. The SARS-CoV-2 virus has sometimes been found in spinal fluid, which means it can likely cross the blood-brain barrier and directly affect the brain and nervous system. It also alters how people feel pain and has caused some form of neurological dysfunction, including headaches, dizziness and even damaged brain tissue, in almost a third of patients hospitalized with COVID-19.

“We do not know whether the effect of SARS-CoV-2 on the brain is an adaptation of the virus or if it is a byproduct of how the virus evades the immune system in general. The neurological symptoms of COVID-19 could be a physiological response of the host to the infection, but based on circumstantial evidence, it is possible that this virus is manipulating behavior to make us not feel sick and act more social,” Aktipis said. 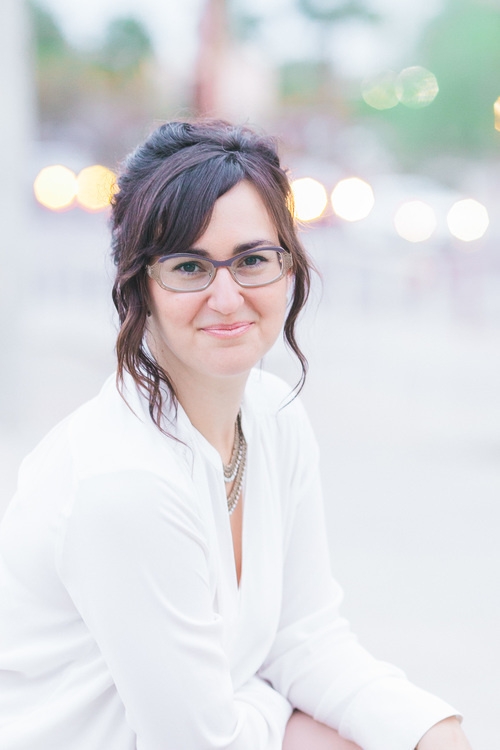 There are many symptoms of infection with SARS-CoV-2, but the loss of smell and taste stood out to Aktipis and Alcock as a “smoking gun” that this virus might be an infectious agent capable of manipulating human behavior. Other agents of infection that affect the sense of smell have also been connected to changes in behavior. An example of such an infectious agent is Toxoplasma gondii. This parasite, which has been shown to change how people make decisions, is common in cat feces and is responsible for the disease toxoplasmosis.

“Because the SARS-CoV-2 virus, like every infectious agent, is evolving to meet its own evolutionary goals, we need to consider that it might be changing how we feel in ways to help us transmit the virus. Infectious agents can influence our emotions and behavior, and we should explore whether SARS-CoV-2 is hijacking our behavior to promote transmission,” Aktipis said. “We might not like it, but the fact is we are not always in the driver’s seat. We need to know whether this virus affects our social behavior so we can better predict the spread of the pandemic and determine how to contain and manage it.”