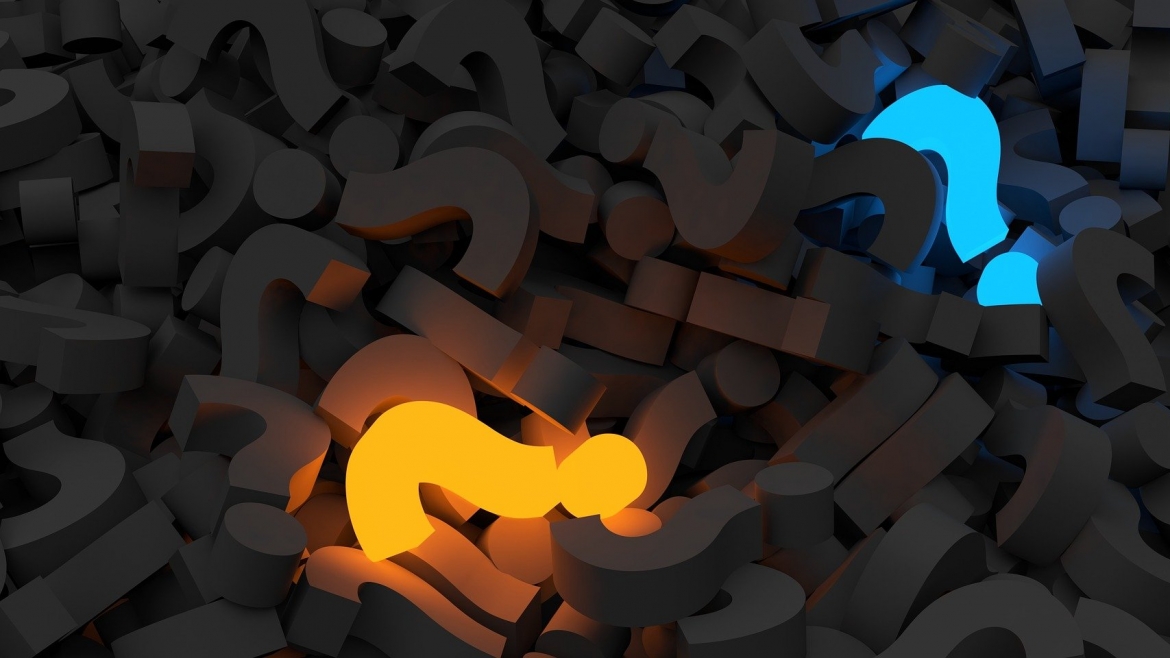 2020 has been a year of extraordinary headlines. From a deadly pandemic to devastating wildfires to murder hornets, we’ve gotten used to doing double and even triple takes of the large, black type staring back at us through our screens and scrolling along the bottom of our televisions. Amid all of that, a rise in the spread and abundance of misinformation has made even the savviest among us stop and scratch our heads more than a few times before retweeting.

That’s the bad news. The good news is that we’re not alone, and there are ways to help make sense of a seemingly nonsensical time. That’s what Arizona State University professors Michael Simeone and Shawn Walker want to help listeners of their new podcast be able to do.

This summer, the duo embarked on "Misinfo Weekly," produced by the Unit for Data Science and Analytics at ASU Library, as they began to realize just how quickly misinformation was proliferating with more people at home, constantly tuned into their devices.

“We started realizing that this summer was shaping up to be a summer of misinformation,” Simeone said. “So we took this opportunity to kind of make our research as available as possible to people at a time when we hope it can help them make sense of things.”

Every week, the co-hosts provide some perspective on current events in misinformation, breaking down basic and advanced concepts using data-driven examples.

Past topics have included QAnon conspiracies, health disinformation and COVID-19. The 10th and most recent episode, “The Miserable Case of @sciencing_bi,” looks at how a former professor and science equity activist used a sock puppet Twitter account to gain access and prestige when interacting with academics and professionals online. Things got strange when she killed her fictional character and blamed it on a poor national and organizational response to the COVID-19 pandemic.

ASU Now spoke with Simeone and Walker via Zoom to learn more about what sets their podcast apart from others, whether this is really a unique phenomenon of our time, and how to be better at recognizing misinformation.

Editor's note: Responses have been edited for length and clarity.

Question: What about your podcast is different from others that deal with misinformation?

Simeone: We are definitely trying to make sure that people have a better awareness about misinformation and are better equipped to deal with misinformation, but our approach is more example-driven than rules-driven. So we don't imagine that there's a computer program that's going to solve all the misinformation problems. We don't imagine that there's going to be some kind of training that we can put people through, and after they learn this in 15 or 20 minutes, then they're going to be fine, because misinformation is always evolving. Every episode is an opportunity to learn some new things about misinformation, but we try to turn that into a robust sensibility that somebody can learn. We want it to become a capability for our listeners that they have that is very different from just knowing the 10 rules of spotting misinformation.

Walker: In the first episode, we spend the entire time talking about how difficult it is to navigate mis- and disinformation. Oftentimes it's presented to folks as very simple. Like, if you just follow these steps, then you can tell. But some sites look so professional that unless you really dig under the surface, you don't know where the information is really coming from. So we’re trying to talk about misinformation and identify it in ways that are a bit deeper and less superficial, and also acknowledge the difficulties of doing so and how this is all so complicated. And – shocker – this is not new. Since humans have been able to communicate, mis- and disinformation have been a problem. It’s true that nowadays, social media puts a twist on it. But a lot of folks still act like this is brand new, so we really wanted to present a more accurate picture that this is super complex.

Q: What is the difference between mis- and disinformation? Does it matter?

Simeone: Right. Just being able to tell when someone is sharing incorrect information on purpose is not the most helpful perspective to have. A more helpful way to complement any kind of training regarding misinformation is to do an inventory of your own vulnerabilities, because whether it's intentional or unintentional, that's how it hits home with somebody. Just because someone is a climate activist and feels very strongly about the environment and they're very educated about it, that doesn't mean that they're immune to misinformation. This whole idea about confusing what is true with how you feel is just grist for the mill for misinformation. And everyone can be vulnerable to that.

Q: Why is there this assumption that misinformation is a new phenomenon and/or what about the social media age makes it unique?

Simeone: I think one of the reasons why people think that the social media age of misinformation is distinct is because of the scale and speed at which it travels. People said a lot of similar things around the invention of the printing press. You know, that information is coming at us too fast and there's just too much information out there. I don't want to have to adjudicate between whether we really are in a unique state or not, but I would say the scale and the speed and the availability of information nowadays is definitely remarkable. And then there’s the gatekeeping. A lot of the traditional gatekeeping mechanisms for publishing just aren't there anymore. It used to be, if you wanted to make something that you said available to the entire United States, there were a number of different checkpoints you had to go through. Now you need a phone and a Twitter account that may or may not be associated with your identity. So even though the history of deceiving people through communications technologies at a broad scale to achieve political ends can go far back in history, the kind of scope and dynamics of today are worth paying attention to.

Walker: Slightly related are the heuristics that we use and the heuristics that we were taught. As an odd sort of side note, I'm teaching an honors seminar about viral misinformation around the election and COVID, and none of my students said they had formal media literacy or information literacy training. I don't know about you, but in high school, I went into the library and we had this whole thing on it. But anyway, there are these heuristics that we have, but the issue is that a lot of these campaigns and a lot of the technology basically breaks them down so that they don't function anymore. Like Michael was saying about gatekeepers, you used to be able to ask yourself, ‘Does this look professional?’ It used to be very expensive to create misinformation. Now it's super cheap. With this switch to digital content, we have much more peer production, we have higher distribution. The vast majority of folks have a 4K camera in their pocket with free editing software. Ten years ago, that would have been impossible.

Q: So recognizing misinformation isn’t as easy as following a 10-step Buzzfeed guide. But do you have any advice for how to stay on top of it?

Simeone: Yes, but first, I feel honor bound to say that it's not like we figured it all out. The podcast is sort of our way of making sure that we engage with the subject as it's transforming, and that’s what we hope it does for our listeners. And there are some decent guidelines out there about making sure you've read what you retweet and basic things like that. But I feel like one thing that we try to emphasize is how important it is to really think through what your individual vulnerabilities might look like to misinformation. If someone wanted to lie to you, what would you want to believe? That's a really important thing to keep in mind. The other thing is to just try to maintain a certain level of humility. And I don't mean for that to sound preachy, but if something online looks so good that you think it's untrue, it probably is. So just approach that stuff with some trepidation; be humble and understand your weaknesses when it comes to deciding if something is fake or not.

Walker: We often talk about these places or opportunities for pause, especially when you feel emotional because of a piece of content. So when you see something and you get riled up, either positively or negatively. That’s another area of vulnerability. So when you feel that, you might want to just pause for a second, just to sort of reflect and think about why it might be making you feel that way.

Q: What else do you hope listeners take away from your podcast?

Walker: I would say besides a bit of laughing at us, hopefully there's some enjoyment in — well, we’re not trying to add levity to the subject, but I hope we make it feel less dire.

Walker: Yeah. And I hope that in offering varied cases and in the way that we discuss them, I hope that might make people feel less overwhelmed by it.

Simeone: And again, learning by example — because we look at example after example — it really helps you get a sensibility for these kinds of things. And I think that's what we want to do. We want to open up participation on this topic so that it's not just a certain platform's responsibility to censor it, or it's not just an algorithm's decision to block it in my browser. Because if this is something that's important to us, then it requires some kind of collective or broader sustained activity around it.