Downtown Phoenix campus
Roughly $165 billion worth of food is wasted every year in the U.S.
Of the foods we waste, the greatest amount — 46% — is fruits and veggies.
October 1, 2020

A funny thing happens when you grow accustomed to something in your life. No matter how wonderous or necessary, when it’s always there, you can start to take it for granted.

In the United States, where food is relatively easy to come by for most of the population, roughly $165 billion worth of it is wasted every year. That’s enough to fill 730 college football stadiums. And of the food that is wasted, the majority of it is at the household level.

“In a consumer-based culture, food can become easily devalued, especially when it's relatively cheap, as it is in the U.S., for the most part. And that ends up being a driver for food waste,” said Chris Wharton, assistant dean of innovation and strategic initiatives at Arizona State University's College of Health Solutions.

“But if you can show people how much they're wasting and what that means in terms of dollars and cents or lost opportunities for their kids to eat nutritious fruits and vegetables, then you have put value back in the food, and that could potentially drive down food waste.”

Wharton and colleagues recently published a study on the subject in the journal Resources, Conservation and Recycling that employed a values-based intervention in an attempt to reduce household food waste in 53 families in the Phoenix area. The study was funded by a $100,000 grant from Rob and Melani Walton Sustainability Solutions in partnership with the city of Phoenix.

Over the course of five weeks, the families that participated in the study were given instructions to read and view different educational material each week that focused on such topics as proper food storage and how to decipher expiration dates. Along with each week’s topic, the educational material also highlighted three values commonly associated with food: cost, health and environmental impact.

“Food waste is as much about the knowledge and the skills needed to reduce it as it is about the values we associate with the food that we buy,” Wharton said.

At the end of each week, participants weighed and logged how much food waste they had accumulated using a clear plastic bin to store the waste and a food-grade scale to weigh it. 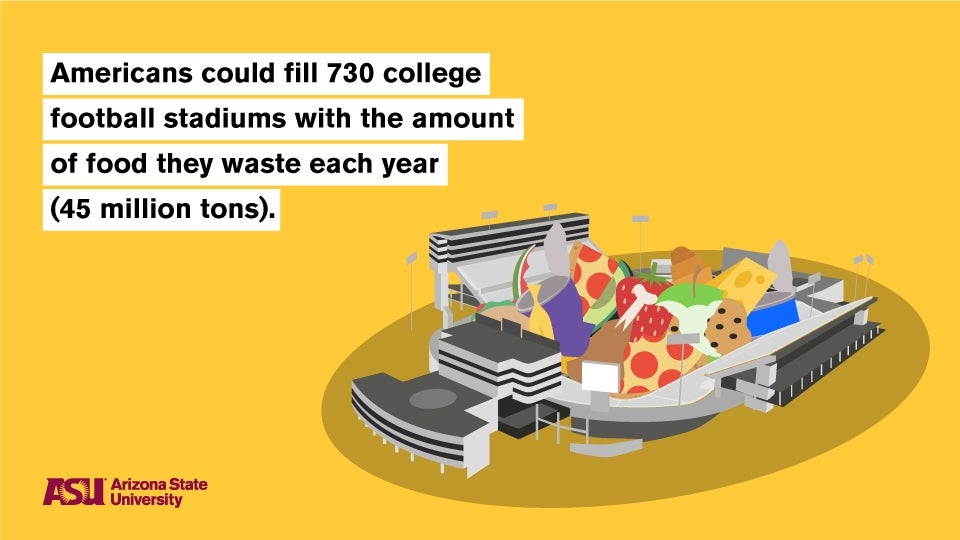 “That was one of the novelties of the study, because that type of objective measurement hasn't really been employed before,” Wharton said. “Food waste — like so many other things that we throw out every day, like plastic — it just goes into this magic bucket, the trash can, and it just disappears. But if you can see it, then it starts to tell you something about what it means for that to accumulate, day to day, week to week, month to month, year to year.”

In fact, in qualitative data obtained from participants’ exit interviews following the study, several families reported that watching their food waste build up in the clear bin acted as a sort of feedback mechanism that prompted them, and even their kids, to want to waste less.

While those results are statistically significant, the study only scratched the surface of understanding the values we associate with food and how they influence food waste behavior. Going forward, Wharton and his colleagues want to learn more about that in order to develop a predictive model to improve future interventions.

“The approach to revaluate food by trying to attach it to concerns about the environment or health or finances played out interestingly, because different participants found different things more or less important, so it's not totally clear yet what all the drivers of food waste are amongst individuals,” he said.

“There's some sense (according to research) that the elderly may waste a little bit less than younger generations or that wealthier families waste a little bit more than less wealthy families. But there's just not any real consensus in the literature on what predisposes people to waste more or less. There are lots of factors that I think could be really important, like culture, emotions and habitation. And if we can figure out what those are, we can develop better interventions.”

Wharton encourages any families interested in reducing their own food waste to visit the website where the same educational materials used by study participants are accessible to the general public.

“Certainly any family can do this,” he said. “It just takes a little initiative."

Roughly $165 billion worth of food is wasted every year in the United States, most of it at the household level. In a recent study, ASU College of Health Solutions researcher Chris Wharton and colleagues employed a values-based intervention in an attempt to reduce household food waste in 53 families in the Phoenix area.Wharton encourages any families interested in reducing their own food waste to ... 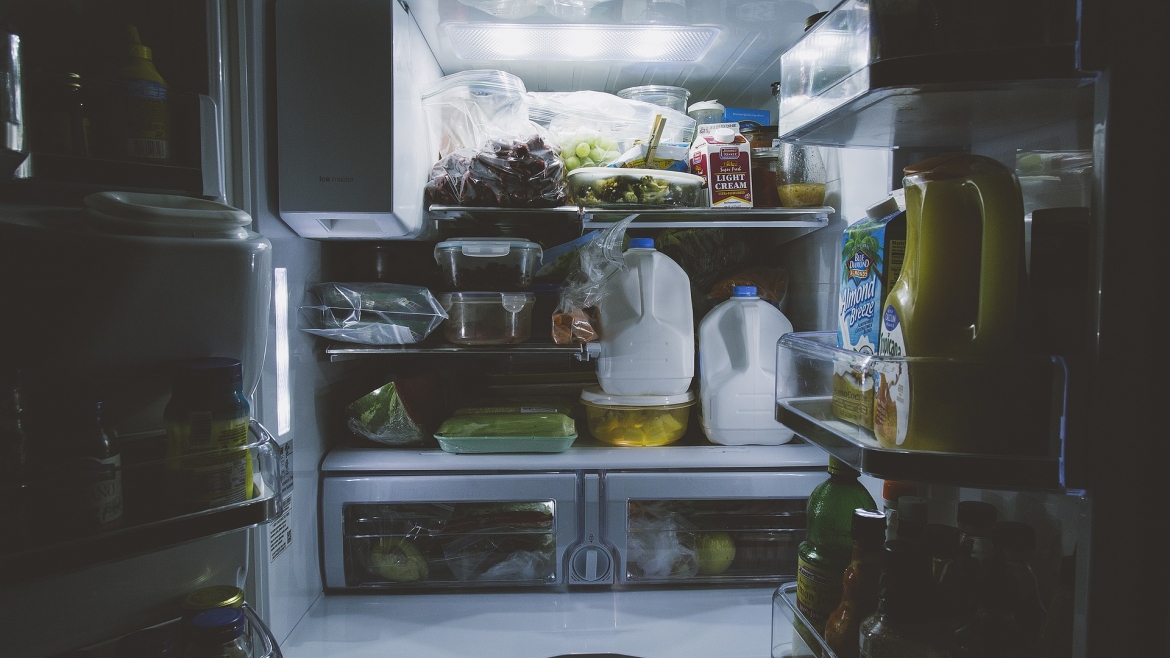 Roughly $165 billion worth of food is wasted every year in the United States, most of it at the household level. In a recent study, ASU College of Health Solutions researcher Chris Wharton and colleagues employed a values-based intervention in an attempt to reduce household food waste in 53 families in the Phoenix area.

Wharton encourages any families interested in reducing their own food waste to visit the website where the same educational materials used by study participants are accessible to the general public.

Have a look at this list of tips from the site to get you started:

1. Instead of throwing out stale or about to spoil food, try a recipe that uses basic kitchen staples and scraps.

You can save money, eat better and help the environment just by cooking at home and making the best use of your ingredients and leftovers. Remember that food wasted is money, resources and an opportunity to eat healthy wasted.

Shopping smarter to avoid food waste will help you save money – about $1,500 a year for an average four-person family is thrown away through food waste. Keeping that food out of the landfill will also help protect the environment and reduce methane emissions, as well as provide you with more opportunities for healthy eating. Go in with a plan, come out with only what you need for healthy and low-waste meals.

How you store your food can have a big impact on how quickly it goes bad, so protect it from the causes of spoilage with proper storage. As a bonus, organization can help you keep better track of what you have on hand and what needs to be used up quickly, making it easier to follow strategies for recipes and shopping.

4. Learn how to decipher expiration dates and other food labels.

“Expiration dates” can be confusing and lead to throwing away perfectly good food, but fortunately we have some advice for how to move past the confusion: Ignore them! Don’t let date labels on foods overrule common sense – you’re better at telling if it’s spoiled.

5. Use best practices for freezer storage.

A freezer can be a really powerful tool to buy yourself more time before getting around to using foods that would otherwise spoil, and can even transform the ways you use certain foods (like frozen fruits in smoothies).