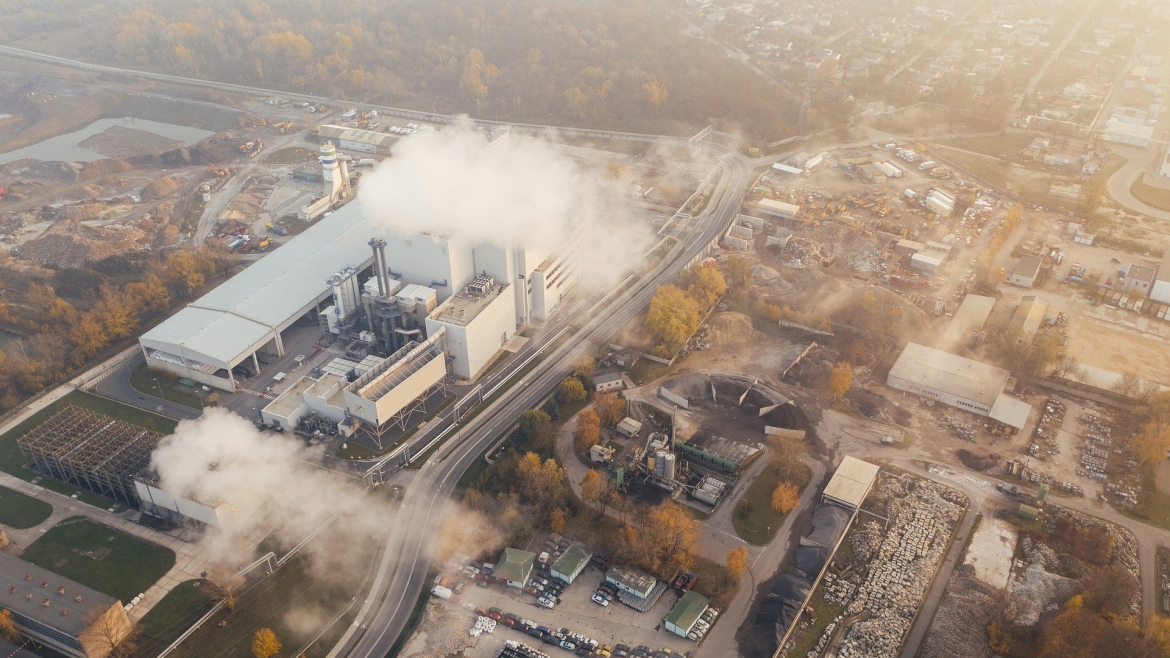 Jonathan Safran Foer's book 'We Are the Weather: Saving the Planet Begins at Breakfast' subject of ASU Common Read

The facts surrounding the climate crisis probably aren’t news to you. Science confirms the world is warming, it’s not a good thing and human activity is causing it. The good news is that means we can do something about it. But figuring out where to start can be difficult — even for a best-selling author.

On Thursday, Oct. 1, Jonathan Safran Foer, author of “Everything is Illuminated” and “Extremely Loud and Incredibly Close,” will pay a virtual visit to Arizona State University first-year English students to discuss his nonfiction book “We Are the Weather: Saving the Planet Begins at Breakfast.”

The event is hosted by the Department of English writing programs, with support from the humanities division of The College of Liberal Arts and Sciences. It is free and open to the public.

Foer’s visit is part of the ASU Common Read program, which invites students to read the same book together, then encourages them to write about pressing social problems that are relevant to ASU’s mission in the hopes of increasing the probability of finding solutions. This year, students read Foer’s book and wrote about the future of the environment as it relates to food production and consumption.

“ASU routinely launches innovative programs that address the dangers of climate change,” said Kyle Jensen, English professor and director of writing programs. “The Julie Ann Wrigley Global Futures Laboratory outlines the stakes of the problem clearly: ‘Climate instability affects all living things, particularly in an extreme environment such as the desert Southwest.’ In other words, because ASU is located in the Sonoran Desert, its students, faculty and staff feel the effects of climate change more acutely and are thus well positioned to solve the problem as a community.”

“We Are the Weather: Saving the Planet Begins at Breakfast,” released last year, is a follow-up to Foer’s 2009 nonfiction book “Eating Animals,” both of which explore the ecological dangers of a diet comprised primarily of animal products.

As an author, Foer has participated in a number of similar programs that engage students with social issues through reading and writing.

“It’s really the most special kind of program for an author to participate in,” he said. “The idea behind them is just so wonderful, to bring all kinds of people from all kinds of perspectives together to find a way to talk about a difficult issue with goodwill. And especially right now, where we are all in this historical moment together.”

ASU Now spoke with Foer ahead of Thursday’s event to learn more about why the subject is important to him, his personal journey to become a vegetarian and how it all influences his writing.

Question: What made you take an interest in the human diet, and more specifically, how it affects the world’s ecology?

Answer: I certainly wasn’t confused about the science. Nobody is confused about the science (having to do with meat production and its relationship to the climate crisis). But I was confused about my own lack of response, my behavior. I didn’t understand that I could know what I knew and feel what I felt and do so little about it. So that was the problem that I wanted to investigate. And I knew that it wasn’t unique to me. I know a lot of people who feel very much the same.

Q: You’re a vegetarian but you haven’t always been. What was it that made you finally take the plunge and go all in?

A: It’s a process, and it has taken me a long time. It takes a lot of people a long time. For obvious reasons. Meat tastes good, meat smells good. It’s woven through a lot of our memories and special occasions, whether religious or secular. But as time has passed, I’ve tried to align my actions more with my values.

Q: You’ve had a lot of success with fiction, but your nonfiction books have received a good amount of acclaim as well. Your first nonfiction book, “Eating Animals,” was published in 2009. What made you pivot from fiction to nonfiction at that time?

A: I don’t know that I experienced it as a pivot. I write about what I care about … not only what I care about, but what I have some confusion about. What feels like a problem inside of me. And sometimes I can’t quite put my finger on what the subject is. The novel … it’s not at all obvious to me what my novels are about — or at least, I wouldn’t be able to say what they’re about before I wrote them. Whereas with nonfiction, I do know what they’re about; with nonfiction, I’m always writing from a place of discomfort, about something that’s not resolved. Writing is the best way I have to deal with that.

Q: Do you have any advice for young writers?

A: I don’t have much because I find it incredibly difficult. The deeper I get into my writing career, the more difficult it is. But for one thing, you really have to trust yourself. That’s not to say that you shouldn’t be open to other opinions. But one of the beautiful and terrifying things about writing is that it is never good or bad; it can never be proven to have one particular kind of quality. Over time, some writing sustains people’s interest, and some doesn’t. But that’s over a time period we don’t have privilege to anyway. And so many things that seem unimportant now turn out to be important later. So you really have to fall back on your own sense of what you want to accomplish in the first place. Another thing is that you have to be willing to invite doubt. Writing seems to inspire insecurity and vulnerability and doubt. Those are not symptoms of an illness, they’re not an expression of something going wrong. They’re part of the process, and you have to find a way to live with them.

Q: Do you have any advice for people who might want to adopt a meat-free lifestyle?

A: A few things. One, just acknowledge that it’s tricky. A lot of people learn about the effects of factory farms and then say, "OK, I’m going to become a vegetarian tomorrow." But it’s hard to make that big of a change that quick. I encourage people to think about it as a process. Try to eat as little meat as you can to begin with. Maybe don’t eat it for dinner, or don’t eat it on Friday. The most compressive analysis of the relationship between food and the environment was published in 2018 in Nature magazine. Scientists studied food systems all over the planet and found that where you live has a lot to do with the impact you’re able to make. We are not equal in terms of our ability to change or our responsibility to change. People who live in areas where malnutrition is an issue can probably eat a little more meat, whereas and people who live in places like the U.S. and the U.K. could eat less. They actually would need to eat about 90% less meat and dairy to avoid what the authors of the study called irreversible climate collapse. That’s not to say we need to stop eating meat altogether. We also don’t need to stop flying, or stop having kids, or stop driving. But we do have to do these things less. And whatever your solution is, is going to be better than pretending it’s not happening.

Arizona’s Mohave County is experiencing long wait times for COVID-19 test results, but ASU at Lake Havasu is helping to relieve some of the bottleneck.The university is teaming up with Lake Havasu City and the Arizona National Guard to offer free saliva-based diagnostic testing, event staffing and a drive-thru site location to residents of Mohave County and Lake Havasu City at large.“ASU at La... 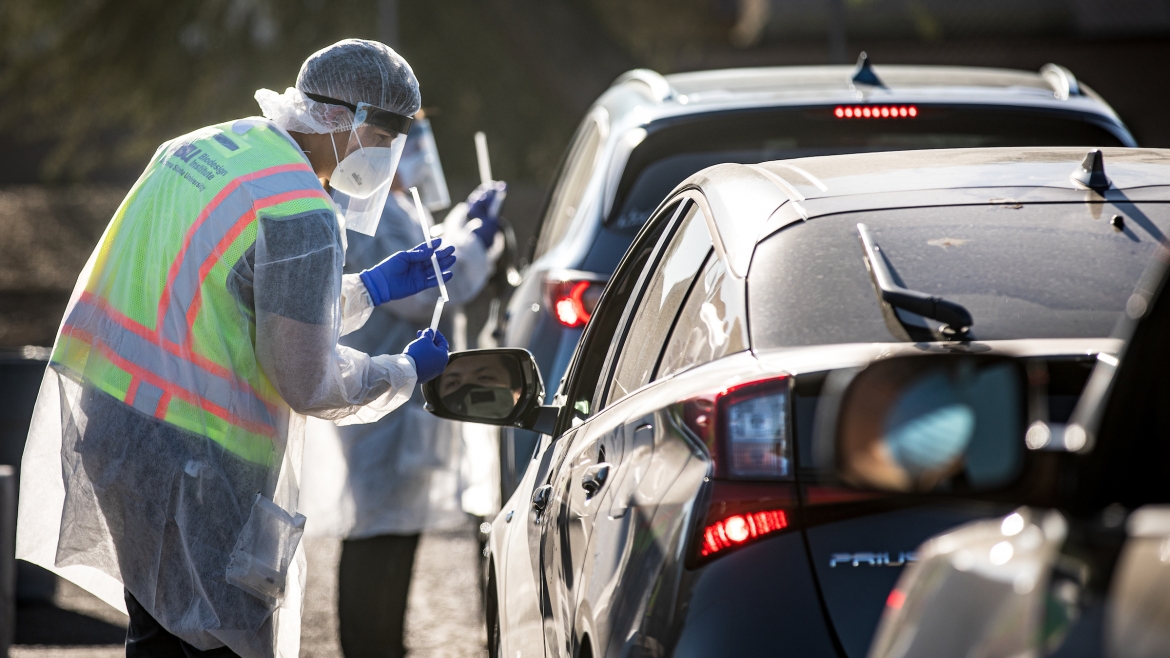 Arizona’s Mohave County is experiencing long wait times for COVID-19 test results, but ASU at Lake Havasu is helping to relieve some of the bottleneck.

The university is teaming up with Lake Havasu City and the Arizona National Guard to offer free saliva-based diagnostic testing, event staffing and a drive-thru site location to residents of Mohave County and Lake Havasu City at large.

“ASU at Lake Havasu is proud to partner with Mayor Cal Sheehy, Lake Havasu City and the ASU Biodesign Institute to bring additional COVID testing options to the western region of Arizona,” said Carla J. Harcleroad, director of ASU at Lake Havasu. “This is an example of ASU’s commitment to the communities we serve.”

The event is slated for Friday, Oct. 2, at the Lake Havasu City Aquatic and Community Center located at 100 Park Ave. Event hours will run from 8 a.m. to 1 p.m., and test results are usually delivered within 24–48 hours. The Arizona National Guard Medical Division will provide five staff members to administer the tests. Preregistration is required, and the agency code for scheduling is SALIVATEST.

Sheehy said the current typical wait time for COVID-19 test results in the Lake Havasu City area is about 7-10 days, and he felt that was too long.

“Test results were taking a considerable amount of time, and the city was looking for additional options for our community. That’s when this opportunity with ASU presented itself,” said Sheehy, who has partnered with ASU at Lake Havasu on many community-related issues such as the environment, sustainability, volunteer work and fundraising. This is central to ASU’s Charter commitment to be fundamentally responsible for the economic, social, cultural and overall health of the communities it serves.

The saliva-based diagnostic testing was conceived by ASU’s Biodesign Institute and designed with an eye for speed, scale and convenience. The testing process usually takes about 10–20 minutes and participants don’t even have to leave their vehicles.

“The process is easy and painless,” said David Thomas, CEO of ASURE, who works with the team providing public testing for ASU. “When you arrive at the site you get a sample tube, find a comfortable parking space to collect the sample, hand off the tube on the way out, and go about your day.”

The Biodesign Institute announced in May that it had developed the first saliva-based COVID-19 test for front-line health care workers, critical infrastructure and public safety personnel. Since then they have hosted several events throughout the state through a partnership with the Arizona Department of Health Services. ASU has also been using the saliva-based test with employees and students. To date, more than 36,000 Arizonans have received testing free of charge through ASU/state of Arizona partner testing sites.

In addition to the Phoenix area, ASU has hosted testing in Tucson, Flagstaff, Winkleman, Safford, Parker and Salome. The university also has plans to visit Nogales and Rio Rico in mid-October.

Top photo: Throughout the course of the pandemic, ASU's Biodesign Institute has played a major role in tracking COVID-19. Now, the university has developed a free saliva-based diagnostic test for Arizona communities.