This fall, Arizona State University's Center for the Study of Religion and Conflict, in conjunction with the Recovering Truth: Religion, Journalism, and Democracy in a Post-Truth Era project, will host a series of public conversations with academics, journalists and public pollsters who work on issues of truth, democracy, religion and race in the United States. All events will be held online and are open to the public.

The series kicks off with “Telling the Truth in Black and White: Religion and Racial Injustice in the United States,” an event that will feature a conversation with Robert P. Jones of the Public Religion Research Institute and Angela Sims, the first female president of the Colgate Rochester Crozer Divinity School. The event will be held on at 3 p.m. Sept. 30, and will be streamed live online via ASU Live, YouTube Live and Zoom webinar. Additional events in the series will take place on Oct. 28 and Nov. 18. 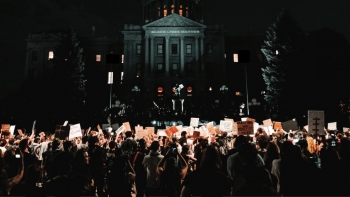 The Center for the Study of Religion and Conflict kicks off its fall lecture series with a public conversation on Sept. 30 titled "Telling the Truth in Black and White: Religion and Racial Injustice in the United States." Download Full Image

The Sept. 30 event will explore questions about the role of religion in America’s history of white supremacy, the struggle for racial justice, the complicated relationship between theology and racial violence, and the future of Christianity. The event will be moderated by John Carlson, interim director of the center and co-director of the Recovering Truth project.

Robert Jones, who will serve as one of two panelists for the event, is the CEO and founder of the Public Religion Research Institute, a leading public polling firm, and a commentator for national media including CNN, NPR, the New York Times and the Atlantic. He is also a scholar whose most recent book, “White Too Long: The Legacy of White Supremacy in American Christianity,” has been called a “concise yet comprehensive combination of deeply documented religious history, social science research … and heartfelt memoir.”

Angela Sims, the first female president of the Colgate Rochester Crozer Divinity School, will round out the Sept. 30 panel. A renowned womanist scholar and member of the National Baptist denomination, her research and writing examine connections between faith, race, and violence through the lens of lynching and its contemporary manifestations. Sims' most recent books include “Lynched: The Power of Memory in a Culture of Terror” and “Religion-Political Narratives in the United States: From Martin Luther King Jr. to Jeremiah Wright.”

Focusing on the sources and production of truth in our “post-truth” era, the second event in the series, “Who Killed Truth?,” will be livestreamed at 3 p.m. Oct. 28. The event will feature Jill Lepore, the David Woods Kemper ’41 Professor of American History at Harvard University, a staff writer for the New Yorker, host of the podcast “The Last Archive” and the author of 14 books. In addition to Carlson, the event will also feature Tracy Fessenden, director of strategic initiatives at ASU's Center for the Study of Religion and Conflict, co-director of the Recovering Truth project and the Steve and Margaret Forster Professor in ASU's School of Historical, Philosophical and Religious Studies.

The conversation with Lepore will engage key moments and issues in American history that have molded our contemporary understandings of truth. Drawing especially from some of her most recent work, including “IF THEN: How the Simulmatics Corporation Invented the Future” and “These Truths: A History of the United States,” the conversation will explore how we arrived at a moment of seeming indifference to and obfuscation of truth in media, politics, economics, and other social and cultural spheres.

The final event of the series, “Righteous Reckoning: Religion and the 2020 Election,” will be broadcast live at 3 p.m. Nov. 18.

“The event will give us a chance to reflect on the election, looking especially at how different views and experiences of religion informed how people voted and what that might tell us about the aftermath,” said Fessenden, who will moderate the event.

Fessenden will be joined on the panel by Anthea Butler and Sarah Posner. Butler is a public intellectual and professor of religious and Africana studies at the University of Pennsylvania. The author of “Women in the Church of God in Christ: Making a Sanctified World,” Butler is also a frequent media commentator on religion, race and politics. Her recent work on the rise of Pentacostalism in West Africa gives her commentary a rich, comparative perspective. Sarah Posner’s reporting has appeared in the New Republic, the New York Times, the Washington Post and the Atlantic, among other publications. A reporting fellow with Type Investigations and journalism fellow with the Recovering Truth project, she is also the author of “Unholy: Why White Evangelicals Worship at the Altar of Donald Trump.”

All events are free and open to the public and accessible through ASU Live, YouTube Live and Zoom. For more information or to register for these and other events, visit https://csrc.asu.edu/events. Recordings of the events will also be available to the public.

4 ways to adapt and thrive in uncertain times

Editor's note: This story originally appeared in the fall 2020 issue of ASU Thrive magazine. Written by May Busch, the former COO of Morgan Stanley Europe who is now an executive coach, speaker, adviser, author and executive in residence in ASU’s Office of the President. Find her at maybusch.com/asuthrive.My high school volleyball team was filled with first-time players and, most of the tim...

Tempe campus , The College of Liberal Arts and Sciences , Center for the Study of Religion and Conflict , School of Life Sciences 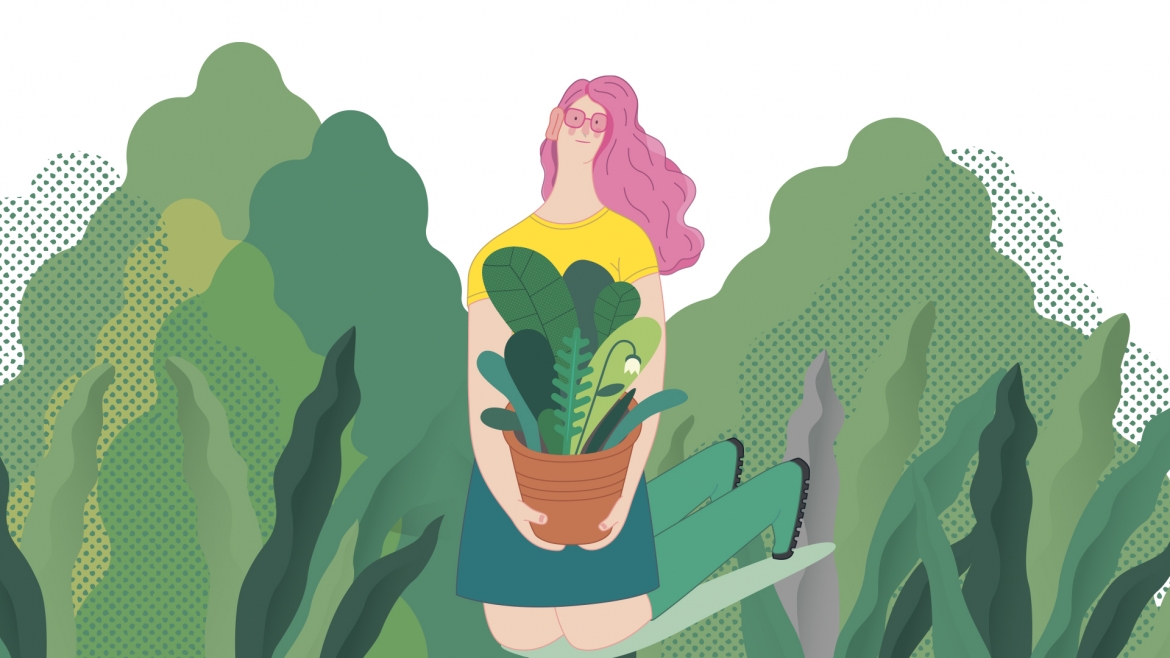 4 ways to adapt and thrive in uncertain times

Written by May Busch, the former COO of Morgan Stanley Europe who is now an executive coach, speaker, adviser, author and executive in residence in ASU’s Office of the President. Find her at maybusch.com/asuthrive.

My high school volleyball team was filled with first-time players and, most of the time, we couldn’t even return the serves coming over the net. That is, until our coach taught us the game changer: how to stand in “ready position.”

While we didn’t become invincible overnight, that one technique meant we were finally able to score some points.

Being in ready position when it comes to your career and life will help you adapt and thrive no matter what the world throws at you.

Here are four steps to get you in ready position:

With a growth mindset, you’ll be able to adapt to whatever environment you find yourself in.

According to psychologist Carol Dweck, people with a fixed mindset believe their talents are carved in stone so they tend to focus on proving they’re smart. In contrast, people with a growth mindset see challenges and failures as opportunities to learn and grow, and they achieve more because they put more energy into learning.

This is similar to ASU President Michael Crow’s concept of being a “master learner” — someone who can learn anything.

Your core strengths are the foundational resources you can draw on in times of challenge and uncertainty. They’re the collection of attributes, skills and capabilities you’ve developed that make you who you are.

This includes your experiences and the wisdom you’ve gained from them, your network of relationships, your character and values, and your reputation.

Make a list and put it in writing so you can remind yourself daily. Just as it’s harder for someone to knock you over when you brace your core muscles, you’ll be better able to stay strong in your career when you tap into your core strengths.

When you’re alert to possible future changes, you can get ahead of that change and put yourself in a fundamentally better position as a result. In fact, you can start to look for and see what’s ahead and even create that change. That in turn helps you recognize opportunities to step in and add value.

Some call this “finding the white space” or identifying opportunities or niches that aren’t already occupied by someone else.

We know we’re in for an extended period of uncertainty and upheaval. But it doesn’t mean you need to be on high alert. It simply means staying aware of what’s going on around you and making adjustments as things change.

What will most help you get in a ready position?