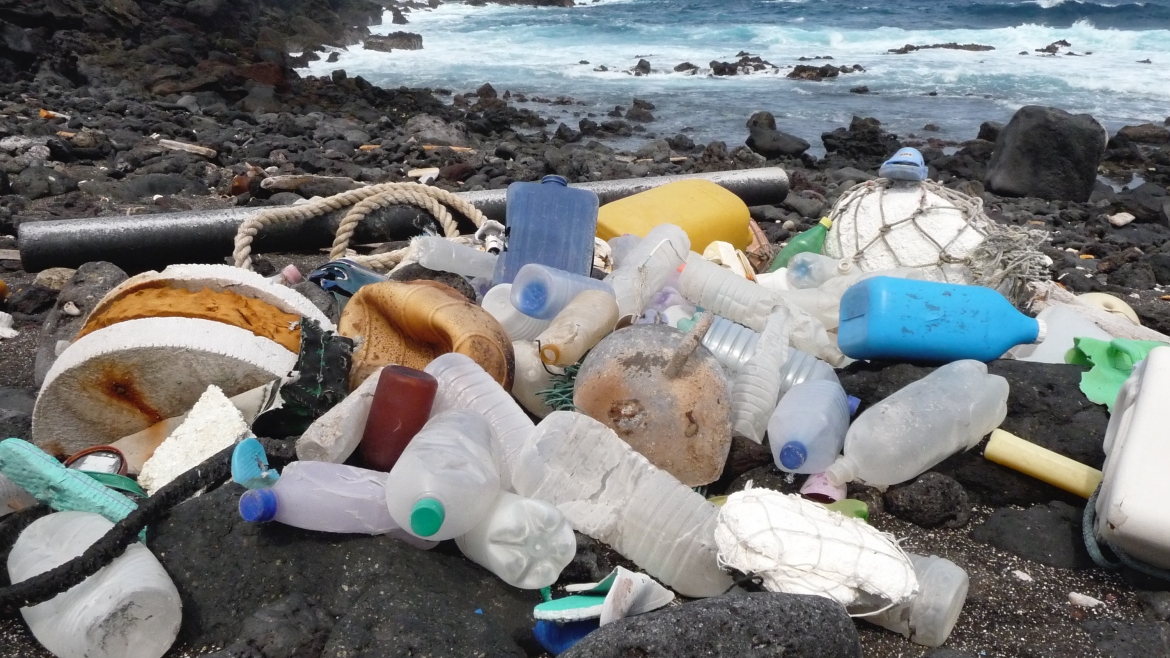 In January 2018, China stopped accepting most plastic recyclables from Western nations. Within days, there was no hiding just how much plastic nations were producing and consuming. Piles of plastic sprang up in Britain, Canada, the United States and elsewhere. Other Eastern nations began banning the import of plastic waste. Governments worldwide are now scrambling for solutions to mitigate the growing problem of plastic pollution.

This is the first global analysis of the magnitude of the plastic pollution problem or an analysis of the relative impact of interventions, like banning plastic bags and straws, said Leah Gerber, professor of conservation science in Arizona State University’s School of Life Sciences and co-investigator on the study.

Plastics are slow to degrade, and even when they do, bits of them — known as microplastics — make their way into the aquatic food chain and eventually into humans. The Great Pacific Garbage Patch, located halfway between California and Hawaii, embodies the growing problem of plastic pollution. The patch is said to cover 1.6 million square kilometers, an area twice the size of Texas.

It’s estimated that 8 million metric tons of plastic waste enters the world’s oceans, lakes and rivers annually. The new study, based on mathematical models, estimates that by 2030, annual plastic waste of 173 countries may increase to 53 metric tons.

To reach that goal, the study found that a 25% to 40% reduction in plastic waste would be required; plastic waste management would have to increase from 6% to 60% in low-income economies; and a cleanup of 40% of annual plastic emissions would be needed.

The study’s findings emphasize that unless growth in plastic production and use is halted (an unlikely scenario), a fundamental transformation of the plastics economy is essential; that is, where end-of-life plastic products are valued rather than discarded as waste.

“There’s a lot of popular attention toward cleanup, but there hasn’t been as much attention to the fact that we’re still producing large quantities of plastic,” said Gerber. “And where there’s not good infrastructure, that plastic is making its way into marine and aquatic habitats.”

“In the U.S. we’re huge consumers of single-use plastic,” said Gerber. “I’m hopeful that our findings will get people to rethink these consumption patterns.  Even here in Arizona, the choices we make impact the future of our oceans.”

In addition to Gerber, ASU researchers on the study include Beth Polidoro, associate professor of environmental chemistry and aquatic conservation in the New College of Interdisciplinary Arts and Sciences, and doctoral students Erin Murphy and Miranda Bernard.

This work was supported by the National Socio-Environmental Synthesis Center with funding received from the National Science Foundation.

The Center for Political Thought and Leadership at Arizona State University has named Lucian Spataro as its new interim director to lead the center’s mission of enhancing civic education in schools across the country. Spataro will be responsible for overseeing the center’s civic education initiatives, as well as the center’s fundraising goals and efforts to establish national partnerships h...

The Center for Political Thought and Leadership at Arizona State University has named Lucian Spataro as its new interim director to lead the center’s mission of enhancing civic education in schools across the country. 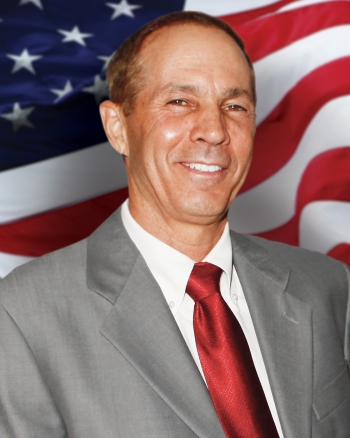 Lucian Spataro has been named the interim director for the Center for Political Thought and Leadership at ASU. Download Full Image

“Now that Lucian is with our center and school at ASU, he is leading our efforts to forge a new national coalition of the varied views in the civics education space — in order to emphasize that, while we may differ on means and on the precise priority among shared goals, we share the crucial goal to improve the quality of and priority for citizenship education,” said Paul Carrese, director for the School of Civic and Economic Thought and Leadership, which is where the the center is housed.

Previously, Spataro served as the CEO of the Joe Foss Institute, where for seven years he led the Scottsdale-based nonprofit's efforts to increase the priority for civics in schools. In that time, Spataro and the Joe Foss Institute worked side-by-side with legislators in more than 30 states — including Arizona — to craft legislation requiring high school students  to pass the same test required of new citizens of the United States.

Spataro worked closely with Arizona Gov. Doug Ducey to help craft the state’s civic education legislation, named the American Civics Act, which was passed in January 2015. Arizona became the first state to enact such legislation, and the bill would become a model for other states around the country.

“As a direct result of the work that Lucian has done in America and nationally to advance civics education, millions of students are becoming informed and engaged citizens,” Ducey said.

Carrese added, “A basic floor of civic knowledge should be expected of all American citizens; from this basis, more complex curricula can be developed nationally and in each state. This idea has revolutionized the debate about civics education in America in just a few years.”

The Joe Foss Institute also established its Veterans Inspiring Patriotism program, where veterans from around the country would visit public schools to discuss their experiences in the armed forces. The goal was not to recruit students into the military, but to have a discussion of civic duty and patriotism.

“My role at the Center for Political Thought and Leadership is an opportunity to continue our work and build on earlier efforts to bring attention to the civics crisis and ensure that the principles of our republic — and the founding framework that allows America to flourish — are not forgotten and lost,” Spataro said. “Ultimately, we are working to position civics back on the front burner as an important and equally emphasized discipline. One that is taught, tested and properly funded, so our students graduate as informed, engaged and responsible citizens.”

Spataro, who graduated from the University of Arizona and completed a master’s degree and PhD from Ohio University, was also recently named a Medal of Merit recipient from his alma mater. Ohio University awards the medal to alumni who have achieved distinction in their fields.

“(Lucian’s) efforts in bringing the important discipline of civics education back to the forefront of our classrooms has made great strides towards solving the ‘quiet crisis’ that undermines the future of our nation,” Ducey said. “Lucian’s accomplishments have bettered the future for both the state of Arizona and America.”