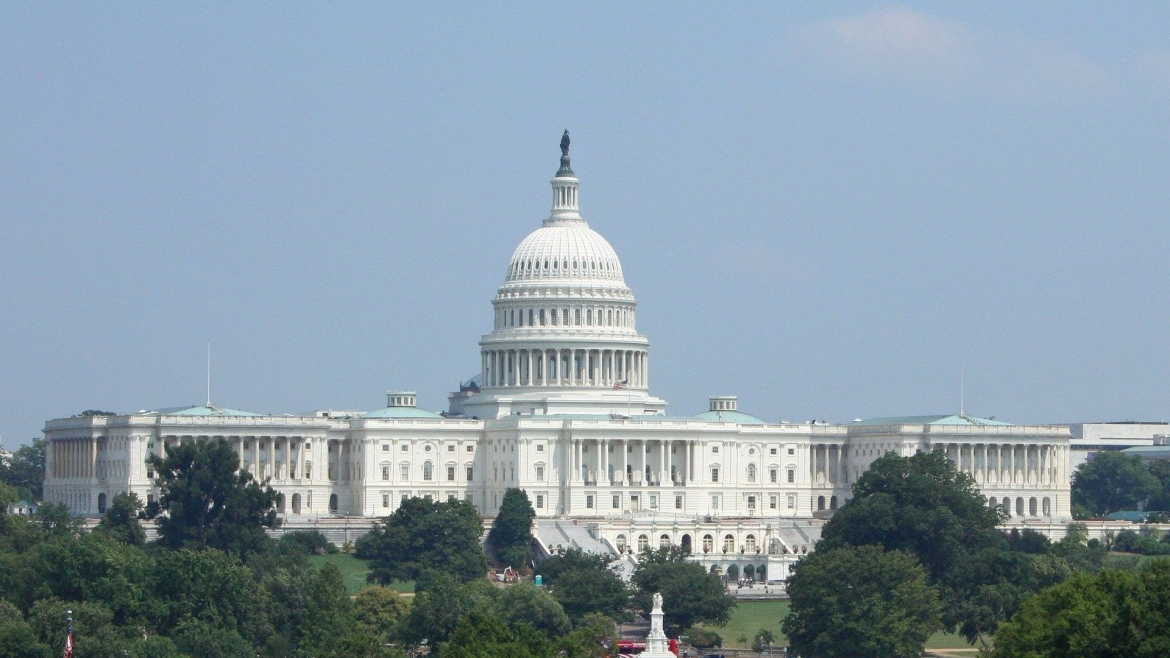 Former Sen. Jeff Flake would hold off on appointing RBG's replacement.
"We're counting on your generation to save us." — former Sen. Flake to students.
September 24, 2020

The former Arizona senator talked about partisanship, the role of media and his thoughts on the importance of civil service

It’s not every day you get to meet with a senator and ask him whatever you want for a whole hour, but that’s exactly what students in the Arizona State University chapter of the national political science honor society Pi Sigma Alpha got to do on Sept. 23 when former Arizona Sen. Jeff Flake joined them on Zoom for a candid question-and-answer session.

After a brief rundown of his personal and political history, noting the senator was born in Snowflake, Arizona, and served as the executive director of the Goldwater Institute before retiring from the Senate in 2017, Miller launched directly into the students' questions.

Topics ranged from the lack of unity in American politics to the role of media in sowing division to Flake's thoughts on when to confirm the late Supreme Court Justice Ruth Bader Ginsburg’s replacement.

ASU Now was on hand to listen in and recounts some of the highlights, 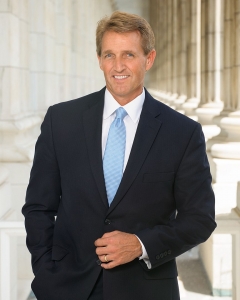 Question: What advice would you give to someone considering running for office?

Answer: Do it! We need good people in office, and it’s a noble profession. There are good people on both sides of the aisle. I would just encourage you to involve yourself in a positive way that uplifts rather than a lot of what you see today ... that just drives parties further apart. I’ve had death threats; I got literally shot at on a baseball field. So it’s tough, but it will and can get better. So people need to offer themselves up to run for public office. If we’ve learned anything in the last couple years, it’s that competency matters.

Q: What are your thoughts on appointing Ruth Bader Ginsburg’s replacement?

A: Two years ago today, I was in the Senate and we were debating Brett Kavanaugh. It was a tough time for the country and for the Senate in particular, and I fear that this might even be worse. My own view is that Republicans have every right (according to the Constitution) … to nominate someone … but that doesn’t make it the right thing to do. If it were me in the Senate, I would favor holding off.

Q: What concrete measures would you recommend to quell the division driving the two parties apart?

A: I don’t think you can legislate that. Compromise is not an ugly word. Barry Goldwater, one of my political heroes, was known for saying that politics is nothing more than public business; sometimes you have to make the best of a mixed bargain. If you’re going to actually legislate, you should be prepared to do that.

Q: How has media played a role in dividing parties/the public?

A: As soon as one television network or one cable outlet figured out you could make a good amount of money by catering to a small segment of the population, we were in trouble. They have a business model that works; the problem is it’s horrible for the country. … Traditional media has become bifurcated; add onto that social media, and it’s just a toxic brew. I’m not suggesting we try to regulate media or free speech, but members of Congress need to follow different incentives.

Q: What are your thoughts on consuming media nowadays?

A: The struggle these days is to not just look at your tablet or your phone and read whatever the algorithm sends you. For people my age, I would say, "Change the channel." For your age, get out of your newsfeed. Read broadly. I think we’d be far better off as a country if everyone did that.

Q: Was your retirement strategic, and do you think you’ll ever run for office again?

A: I would have liked to do another term in the Senate; I planned on that. But when it came time to make that decision, I knew that in order to be successful as a candidate, I would have to change some of my deeply held positions on things like immigration and foreign policy. Or that I would have to condone behavior and conduct that I couldn’t condone. And ultimately, I knew I’d have to stand on the campaign stage with the president when he came to Arizona and laugh along with his jokes or look at my shoes when he maligned my colleagues or individual groups, and I just couldn’t do it. Like I said, public service is a noble profession, but there are others ways I can serve rather than running for office. I haven’t ruled out some other form of public service.

Q: What are your predictions for the future of American politics?

A: I’m all for partisan politics when it relates to policy. … But this (situation where) you’re either with the president or you’re against the president — that’s no way to go. What I hope to see happen 10 years from now is that we have a political space where Democrats and Republicans can argue about policy again and can debate issues. There’s just very little debate or deliberation going on right now. I do think we will be ourselves again. We’ve been through worse in the past.

Q: What advice do you have for us students?

A: You’re called to the process, and that’s commendable. I hope you’ll consider public service, whether as an elected official or some other way. We need good, honorable, competent people to work in politics, and we're counting on your generation to save us.

Could you give up screens for your health?

The era of the television brought with it the TV dinner — a fast, convenient meal that, while nutritionally questionable, meant the whole family could gather together on the sofa to enjoy "The Ed Sullivan Show" and eat their Swanson Salisbury steak, too.Over the next several decades, advancements in technology and the ubiquity of streaming services has allowed for the proliferation of binge-wat... 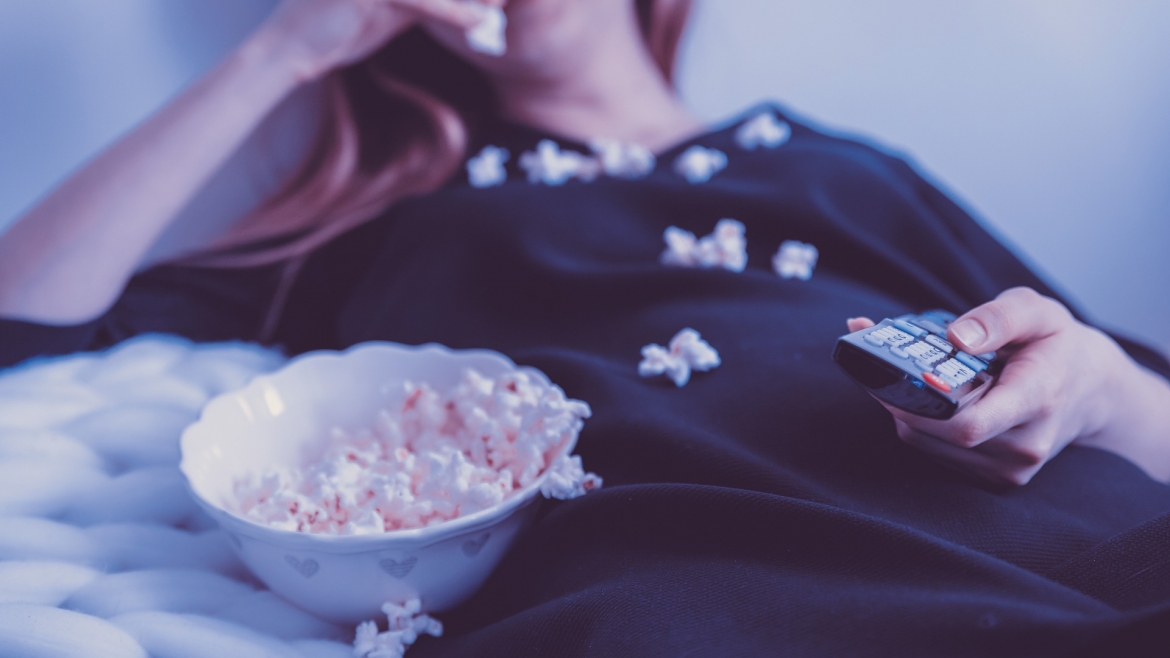 Downtown Phoenix campus
Bored in quarantine? Taking up a new hobby is healthier than Netflix.
Heavy users of smartphones reported the lowest quality of sleep in ASU study.
September 24, 2020

ASU study finds association between screen time use, diet and other health factors

The era of the television brought with it the TV dinner — a fast, convenient meal that, while nutritionally questionable, meant the whole family could gather together on the sofa to enjoy "The Ed Sullivan Show" and eat their Swanson Salisbury steak, too.

Over the next several decades, advancements in technology and the ubiquity of streaming services has allowed for the proliferation of binge-watching culture, where hours spent sedentary rack up faster than "Jeopardy" points, and greasy fast food is only a few taps on your smartphone away.

Chris Wharton, assistant dean of innovation and strategic initiatives at Arizona State University's College of Health Solutions, whose research interests include lifestylewide behavior change, wanted to know what kind of relationship the time we spend in front of screens has with various health behaviors and factors.

In a study recently published in BMC Public Health, one of the largest open access public health journals in the world, Wharton found that heavy users of screens — defined as those who use screens an average of 17.5 hours per day — reported the least healthful dietary patterns and the poorest health-related characteristics compared with moderate and light users, who averaged roughly 11.3 and 7 hours of screen use per day, respectively.

“A lot of screen time-related literature has primarily focused on television,” Wharton said. “But with the advancement of all these other types of devices that people use throughout the day, we wanted to see how health behaviors and factors are associated with a variety of screen-based devices.”

For the study, more than 900 adults across the U.S. who owned a television and at least one other device with a screen were asked to complete a survey to assess screen time use across multiple devices, dietary habits, sleep duration and quality, perceived stress, self-rated health, physical activity and body mass index.

Among the findings, unique dietary habits were associated with different types of screen use such that heavy users of TV and smartphones displayed the least healthful dietary patterns compared with heavy users of TV-connected devices, laptops and tablets.

“I find that important and interesting because it does back up what we understand about smartphones,” Wharton said. “We love to look at our phones and worry ourselves with the news right before we go to bed. But one of the simplest things people can do for their health when it comes to screens — which is probably one of the hardest things to do because of the convenience and their addictive nature — is putting all those devices down, in particular your smartphone, two hours before bedtime.”

Wharton also explored the phenomenon of binge-watching, defined as watching multiple episodes of a television program in a single sitting, and found that it was significantly associated with less healthy dietary patterns, including frequency of fast food consumption, eating family meals in front of a television and perceived stress.

That is, with the exception of laptops, which Wharton attributes to the likelihood that laptops are more often used for work than entertainment.

Wharton said the results of this study lay the foundation for future research into screen time interventions because they give researchers insight into which negative health effects are associated with which types of devices.

“When we look at interventions to help people eat more healthfully, as it relates to screen time, maybe we can't just focus on television. The smartphone might be another really important factor in that,” he said. “Or if we want to improve physical activity, maybe we don't need to think about smartphones but we do need think about TVs.”

In another study, currently pending publication, Wharton asked 10 participants to forgo screen use of any kind from the time they got home after work to the time they went to sleep for two weeks straight.

“We have some qualitative data to suggest that when people eliminate screens from their lives at night, magical things happen,” he said. “Initial results suggest that people have to figure out what to do with this time, so they’re doing things like spending more face-to-face with family and friends, cooking and preparing food, being physically active and engaging in hobbies. Things that are fulfilling in physically healthful ways and mentally healthful ways that you don't get when the majority of your day is engaged with screens.”

Wharton himself has been making an effort to be especially conscious of his screen time use during the pandemic (he’s even taken up the violin), a time when many of us are hearing the opposite message.

“I worry when people say, ‘Now is the time to re-up your Netflix subscription. What else are you going to do?’” Wharton said. “I would flip that on its head and say, ‘Oh my gosh, now is the time to think about all the things to do other than sit in front of screens.’

“COVID is really bringing this into crystal-clear focus, that our lives are fully mediated by screens. They were before, they especially are now. I think it’s a good time to think about what a healthy but technologically plugged-in life could look like where screens aren’t the only way in which we interact and do everything in our life, but instead are just a small side component of everything else that we do. We are nowhere near a conclusion like that, but I think we need to get there because screens have come to dominate us, and they drive real problems in our health.”