Arizona State University faculty, staff and students send their heartfelt sympathy to the family and friends of Jeffrie G. Murphy, Regents Professor of Law, Philosophy and Religious Studies for the Sandra Day O’Connor College of Law, who died Sept. 17 after a brief but cruel illness. 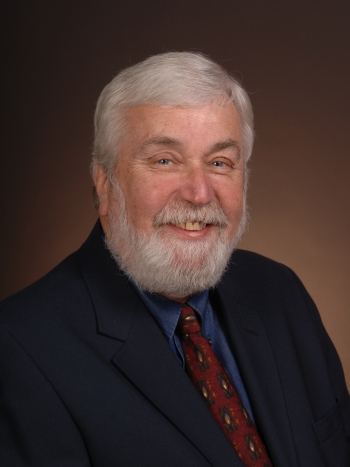 Murphy’s primary teaching and research areas were philosophy of law and jurisprudence, criminal law, ethics and religion, moral philosophy (including moral psychology), philosophy in literature/law and literature, and Immanuel Kant’s moral, political and legal philosophy. Over his decades of teaching at the University of Arizona and ASU, he mentored hundreds of students, keeping up correspondence and relationships with many over that entire time.

For those who knew Murphy, he was always larger than life: a big man with a booming voice and a strength of conviction in his work and scholarship that was never outmatched. His early experiences as head of the Philosophy Department led to a deep and abiding hatred of administration — which gave him ample time to explore his greatest passions: the teaching of gifted students and exploring the contours of moral philosophy and its connection to the law.

His work was nothing short of transformative in many fields. Over his 50-year career in academia, he was a prolific author with more than a dozen books and nearly 100 articles in law and philosophy. Although each was groundbreaking, he is perhaps best known for his skeptical views on modern criminal law and its focus on mercy, forgiveness and punishment. ASU Law will leave it to others to fully capture the depth of his work and its impact on multiple fields, but his appointment as a Regents Professor at ASU — the highest academic honor the university can bestow — his election as President of the American Philosophical Association in 2005, and his invited lectures at Cambridge and many others are tremendous signals of the admiration in which he was held by so many.

His work has been cited by hundreds, including in popular news columns, academic press and book reviews. He is well known for his work “Punishment and the Moral Emotions: Essays in Law, Morality, and Religion” (Oxford University Press, 2012) and the article “Remorse, Apology, and Mercy” (Ohio State Journal of Criminal Law) — which was included in the “Criminal Law Conversations” book project at the University of Pennsylvania Law School and published by Oxford University Press — and so many others.

In one of his later works, “Getting Even: Forgiveness and Its Limits,” Murphy wrote: “It is not unreasonable to want repentance from a wrongdoer before forgiving that wrongdoer, since, in the absence of repentance, hasty forgiveness may harm both the forgiver and the wrongdoer. The forgiver may be harmed by a failure to show self-respect. The wrongdoer may be harmed by being deprived of an important incentive — the desire to be forgiven — that could move him toward repentance and moral rebirth.”

Those who knew Murphy best would often note, with a slight ribbing, that his views on retribution and repentance might be influenced, just slightly, by the obvious fact that he loved dogs more than people. He bonded with students, alumni and faculty over this particular adoration, and whenever some might be moved to take umbrage from an email or comment that Murphy took (and, yes, some were occasionally so moved), a quick witticism from him, an anecdote from Monty Python or, even more often, a truly important point on human nature and our own fallacies would quickly lead to the forgiveness for those transgressions that he might not have provided for himself. It also really helped that he loved dogs so much.

This is not Murphy's obituary. This cannot even come close to capturing the impact he had on his particular fields of inquiry, the incredible contribution he has made to the academy from his teaching, and the friendships he forged while here over the decades. This quick article is nothing more than a remembrance of this law school, its faculty, students and alumni who loved him and will miss him more than, quite frankly, he would ever have known or be willing to accept.

ASU Law is a lesser institution without him. We send all our love and sympathy to his family and his beloved wife, Ellen, and look forward to hearing from others on how they will miss him and how he impacted the world around him.

In following Murphy’s completely unsurprising last wishes, ASU will not be holding any memorial or service. Nor will ASU be seeking to provide a final lasting and appropriate reminder of his impact here at ASU Law. Instead, we merely ask that, in lieu of flowers or other donations, his friends provide donations to the St. Vincent de Paul Society.

In Sarah Viren’s essay “How to Explain Lesbian Baby-making to Your West Texas Stylist,” she writes about finding herself, yet again, in the position of having to explain to someone outside the queer community that a family can be something other than nuclear.When she read the essay last December to a group of other writers and literature lovers who had gathered in the backyard of a home in T... 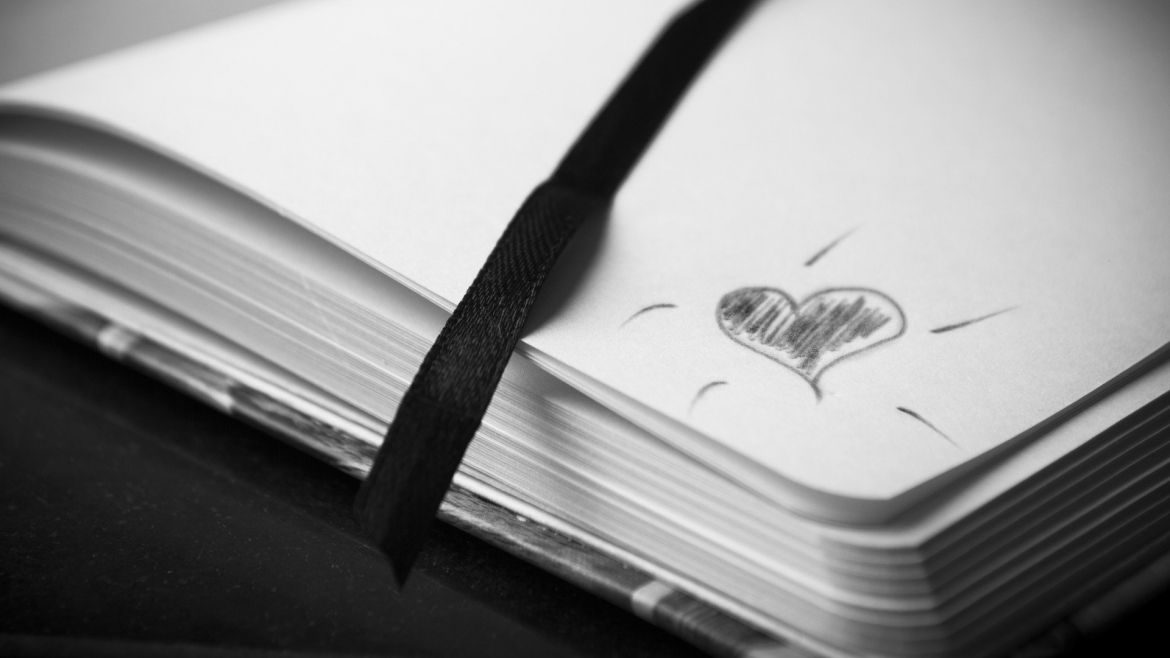 In Sarah Viren’s essay “How to Explain Lesbian Baby-making to Your West Texas Stylist,” she writes about finding herself, yet again, in the position of having to explain to someone outside the queer community that a family can be something other than nuclear.

When she read the essay last December to a group of other writers and literature lovers who had gathered in the backyard of a home in Tempe’s Maple-Ash neighborhood for the Queer Poetry Salon hosted by Equality Arizona, she felt a welcome sense of understanding and support.

“Often, as a writer, I feel that outside pressure to explain things that I wouldn’t normally have to explain within a queer circle,” said Viren, an assistant professor of language and cultures at ASU’s College of Integrative Sciences and Arts whose memoir, “Autobiography of Shadows,” is forthcoming from Scribner Books.

The Queer Poetry Salon is the brainchild of tanner menard, civic programming organizer for Equality Arizona, a nonprofit whose goal is to build the political and cultural power of Arizona’s LGBTQ community. The organization recently partnered with ASU’s Virginia G. Piper Center for Creative Writing to host quarterly readings that promise to bring “a diverse, world-class cast of queer poets” to the Valley.

“They are each revolutionary in their own right, and they are all trans or nonbinary,” said menard, who prefers they/them pronouns and doesn't capitalize their name. “I don’t think I’m exaggerating when I say Queer Poetry Salon is one of most diverse reading venues in the U.S. We’ve had Indigenous writers, Latinx and Asian writers. I’ve made it a goal to include as many different types of people as possible.”

About a year ago, menard was living in Tempe when they befriended a group of MFA writing students at ASU and were struck with the idea for the salon.

“Even though the queer population is really huge in Phoenix – it’s bigger than Chicago and Washington, D.C. – people don’t interact the way they do in some cities. There’s not a lot of centers of queer life,” menard said. “So I created the thing that I wanted for myself, which was to have a queer community around poetry.”

Soon after the salon’s first few gatherings, often taking place on the lawns of amenable residents of the aforementioned Maple-Ash neighborhood, just a stone’s throw from ASU’s Tempe campus, it garnered the attention of the folks at the Piper Center.

“This partnership has been a great way to amplify queer and trans literary voices and support community-building for LGTBQ Arizonans,” said M. McDonough, outreach programs coordinator for the Piper Center.

“Being able to enfold community support with powerful creative writing is an important way the Piper Center serves the public,” McDonough added.

Writers in general can feel like outsiders, Viren says. For writers who also identify as queer, that feeling is amplified.

“Part of figuring out how to become a writer is finding confidence,” she said. “And part of that is finding a community that supports you, particularly if you’re queer and a writer. You already feel outside of what’s considered normal, so when spaces exist that support and celebrate queer identity, it can be really powerful.”

They can also be spaces where people whose identity falls outside of what the mainstream considers normal can be free of the expectation of performance.

“What needs to happen, and what’s starting to happen,” Viren said, “is that people with (a queer) perspective don’t have to tell one set narrative. … They don’t have to write about the coming out experience. They can also just write about being a lesbian and loving apple pie.”

menard says they weren’t necessarily trying to create something for the purpose of stoking social change, but that it wouldn’t be an unwelcome byproduct.

“You can call it activism and you can look at it that way, but at same time, it’s kind of like creating something that should have been there anyway,” they said. “And I think that people finally being in a position where they feel safe enough to do something like this in a place like Arizona, that is dangerously conservative and where some people are still violently oppressed, it can be a very powerful tool for queer people, and also people who are not queer to express their allyship.”

While the magic and ambiance of a chilly autumn evening in a backyard lit by string lights is currently on hold due to social distancing measures, menard says there are some advantages to holding the salon on Zoom.

“The beauty of the current situation is that anybody can access it now, and instead of bringing just one, we were able to bring three poets,” they said.

And even though salon attendees can’t physically clink their cups of cider in cheers, the sense of connection is still there.