Given annually, the award honors those exhibiting dedication to excellence, commitment to the profession, concern for others, vision of what could be, acceptance of diversity and forthrightness. 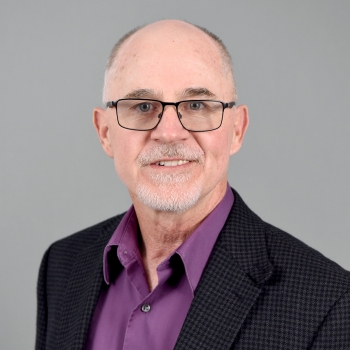 Waldron’s careerlong service activities embody a dedication to excellence to the communication discipline. His commitment to the profession is evidenced by past membership on NCA’s Leadership Development Committee and Legislative Assembly, chairing the 2014–2015 NCA Presidential Task Force on Disciplinary Advocacy, serving as either an invited reviewer or editorial board member for numerous scholarly journals and acting as the faculty coordinator of the Family Communication Consortium at ASU.

Waldron’s award will be presented virtually on Nov. 21 at the NCA 106th annual convention.

Julianne Holloway has been selected for a 35 Under 35 Award from the American Institute of Chemical Engineers, or AIChE. Holloway, an assistant professor of chemical engineering in the Ira A. Fulton Schools of Engineering at Arizona State University, is being recognized for outstanding achievements as one of the best and brightest young professionals in her field.AIChE’s 35 Under 35 Award ...

Julianne Holloway has been selected for a 35 Under 35 Award from the American Institute of Chemical Engineers, or AIChE. Holloway, an assistant professor of chemical engineering in the Ira A. Fulton Schools of Engineering at Arizona State University, is being recognized for outstanding achievements as one of the best and brightest young professionals in her field.

AIChE’s 35 Under 35 Award is given to rising stars in seven categories, and Holloway was chosen for her contributions to bioengineering. She and her research group focus on advancing tissue engineering for medical applications. 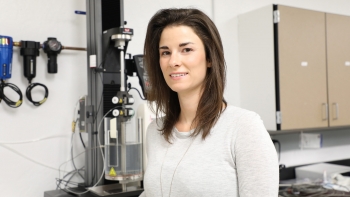 Julianne Holloway is being recognized as one of 35 Under 35 by the American Institute of Chemical Engineers. The award acknowledges her bioengineering research to restore tissue function following injury or disease. Photographer: Michelle Saldana-Chiago/ASU Biodesign Institute Download Full Image

“The entire field is tackling the question of how to regenerate tissue and restore its function,” Holloway said. “Those sound like they should be the same thing, but they are not.”

Consider a knee injury. Damaged cartilage may grow back to a limited extent, but the material will lack its full range of operation. Over time, this deficit leads to the development of osteoarthritis.

Holloway says this issue of function challenges work in orthopedics. Many current approaches to intervention can help regrow some tissue after an injury, but the mechanical properties are not fully restored.

“One potential reason is that the body is not regenerating the right tissue structure,” she said. “So, our research focuses on how to use biomaterials to guide cells to regrow tissue with the correct structure and organization. The hope is that with the right structure, the regenerated tissue will also function properly.”

Holloway says other parts of the body are even more complex than orthopedic tissues. Consider the heart, with its many different components and cell types. Then there is neural tissue and the remarkably complex structure of the brain. Yet this complexity is exactly what permits tissue function, and restoring function is what Holloway and her lab group are seeking.

More broadly, Holloway invests time and effort to engage with the global chemical engineering community to advance the impact of their collective work.

“Julianne has been a significant contributor to several initiatives within AIChE,” said David Nielsen, associate professor and program chair for chemical engineering in the Fulton Schools. “She’s also a strong proponent for inclusiveness across the organization, an excellent role model to our students at ASU as well as an emerging leader for the field of chemical engineering.”

Holloway serves as the current biomaterials area programming chair for AIChE. This means she coordinates more than a dozen biomaterials-related scientific sessions at the organization’s annual meeting.

Holloway also chaired the 20th anniversary symposium of the Women in Chemical Engineering community within AIChE. She says she greatly values celebrating the technical contributions of women to the field, and her efforts to direct that event resulted in her receipt of the AIChE’s Herb Epstein Award for Technical Programming.

Additionally, Holloway has just been nominated as a candidate for the AIChE board of directors. She says it is a great honor to be put forward for this opportunity, which she sees as recognition of her commitment to advancing the wide-ranging work of chemical engineering.

“Julianne demonstrates impressive skill both as a researcher and as an educator,” said Lenore Dai, professor of chemical engineering and director of the School for Engineering of Matter, Transport and Energy, one of the six Fulton Schools at ASU. “The 35 Under 35 Award confirms her tremendous promise as a future academic leader at this university and more broadly within our shared field.”