Addressing present concerns in social justice, sustainability and technology, the Department of English at Arizona State University has recruited five additional faculty to its programs in film and media studies and secondary education this fall.

“The Department of English is delighted to welcome these new faculty to our ranks,” English Chair and Professor Krista Ratcliffe said. “Their teaching and research expertise will broaden our course offerings and enhance our contributions to disciplinary and community knowledge.”

One member of this cohort, Gabriel Acevedo Velázquez, is a specialist in teacher training. The department’s English education program is led by Professor Jessica Early, who also directs the Central Arizona Writing Project, an ASU-based site of the National Writing Project. Early praised Acevedo’s approach and skill set.

“Gabe Acevedo’s critical and social justice frameworks will be a great addition to support ASU's mission of access and equity,” she said. “His expertise will also be useful in the training of Arizona's English language arts teachers to serve the needs of our ethnically and linguistically diverse student population.”

The other four scholars — Lisa Han, Stacey Moran, Katherine Morrissey and Joshua Vasquez — are all additions to the film and media studies program, which focuses on preparing students as critical scholars, consumers and practitioners of media culture. Associate Professor Julia Himberg, author of “The New Gay for Pay: The Sexual Politics of American Television Production,” directs the program, which is part of the Department of English.

“These hires will enable us to continue expanding the range of courses we offer to students, including in digital media, gender studies and the environmental humanities," Himberg said.

Meet the new members of the ASU English faculty.

A former secondary and elementary teacher of English and theater, Acevedo Velázquez hopes to develop classroom tools to expand on conversations about class, gender, sexuality and more. He holds a PhD in curriculum and instruction from Penn State University and an MA in English education from the University of Puerto Rico-Mayaguez. This fall at ASU, Acevedo Velázquez is teaching an upper-division “Methods of Teaching” course as well as a graduate seminar on young adult literature.

This fall at ASU, Han is teaching the course, “Media and the Environment,” which prompts students to think through the role of environmental media in addressing challenges “from sea-level rise to species extinction.” She earned both her PhD and MA in film and media studies at the University of California, Santa Barbara.

With a primary appointment in the Herberger Institute’s School of Arts, Media and Engineering, Stacey Moran’s teaching duties will also include courses in The College of Liberal Arts and Sciences’ Department of English. Moran isn’t new to ASU but is instead newly minted as an assistant professor; she has previously taught in English’s film and media studies program as an affiliate lecturer.

Moran’s research lies at the intersection of feminist theory and technoscience, continental philosophy, design studies and critical pedagogy. She is associate director of the Center for Philosophical Technologies and the faculty co-director of Design and Society in the Netherlands, a summer abroad program on Dutch design. For fall 2020, Moran is teaching a rhetorical studies course in English as well as offerings in the arts, media and engineering school. She holds a PhD and MA in rhetoric from the University of California, Berkeley.

Katherine Morrissey comes to ASU from San Francisco State University, where she was an assistant professor in the School of Cinema. With specialties in romance studies and transmedia, Morrissey’s work focuses on representations of female desire across popular culture, on production networks and on the impacts of digitization on creative communities. She serves as review editor for the Transformative Works and Cultures journal and as co-vice president for the International Association for the Study of Popular Romance.

This fall at ASU, Morrissey is teaching “Introduction to New Media” and “Film History” courses. She holds a PhD in English (media, cinema and digital studies) from the University of Wisconsin-Milwaukee and an MA in communication, culture and technology from Georgetown University.

Previously a visiting assistant professor in the Department of Gender Studies at Indiana University Bloomington, Joshua Vasquez has taught a wide variety of courses in film and media studies, as well as in gender studies and film history. His own work has focused on confluences of melancholy and masculinity throughout a range of American film from the silent period into the first decades of the 21st century. He has published on representations of race in the British science fiction series “Doctor Who” and on literary genre usage in William S. Burrough’s novel “Naked Lunch.”

Vasquez’s current research centers on intersections of comedy and melancholy in film and performance. This semester at ASU, he is teaching several core courses in the film and media studies curriculum, including a special topic offering on science fiction cinema and a graduate section on race and gender in film. Vasquez holds a PhD in film studies from the Department of Communication and Culture at Indiana University, Bloomington and an MA in cinema studies from New York University.

The Design School at Arizona State University welcomes Swati Piparsania, who will join the faculty as a clinical assistant professor in the industrial design program.Piparsania joins the school after a two-year stint as an Association of Independent Colleges of Art and Design Teaching Fellow at Pratt Institute where she taught experimental and critical design. Her research and teaching endeavors h...

The Design School at Arizona State University welcomes Swati Piparsania, who will join the faculty as a clinical assistant professor in the industrial design program.

Piparsania joins the school after a two-year stint as an Association of Independent Colleges of Art and Design Teaching Fellow at Pratt Institute where she taught experimental and critical design. Her research and teaching endeavors have sought to expand the narrow definition of design theory, especially utilizing non-Eurocentric examples of community work and social justice as a frame to understand practice as developing theory and analysis. 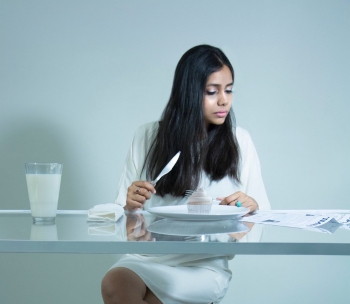 Piparsania’s background in art, design and community-based practice influences her own design philosophy that she said she is excited to share with students at ASU.

“I believe a lot in working with one’s own intuition,” Piparsania said. “It is something that builds itself constantly when we engage in it, almost like any other skill. The more we practice, the more we learn about it. I also believe this would bring the depth of care which we often miss in student’s work or in general design education.”

A native of Bhilai, a city in the Indian state of Chhattisgarh, Piparsania completed her undergraduate studies at Srishti School of Art, Design and Technology in Bangalore. She received her Master of Fine Arts in 3D design from Cranbrook Academy of Art.

“I am super excited to be teaching at an institution like ASU,” she said. “It almost feels like a small world in itself. All my education was in very small schools, with 100 to 400 peers each, and it makes me so happy to think about working alongside so many intellectuals from different fields here.”

Outside of teaching and research, Piparsania enjoys playing music and dancing, both solo and with friends, as a means to recharge her creative energy.