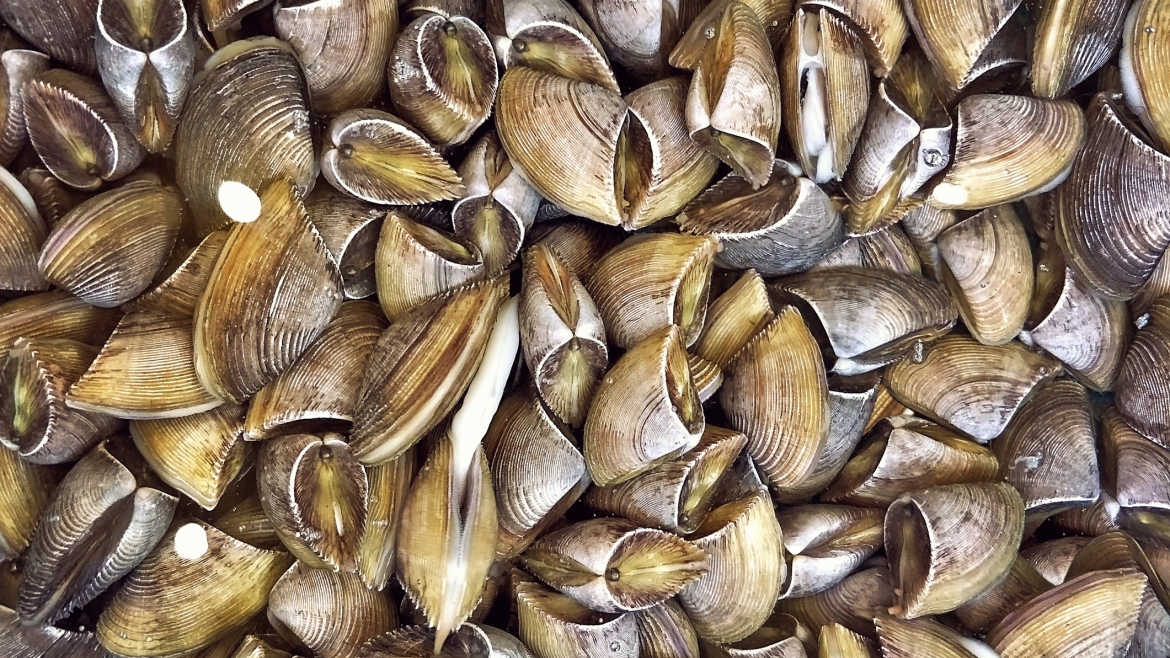 The quagga mussel is not something served on a dinner plate or over a large tray of ice at a fancy restaurant. And if you’re a boat owner or work for a municipal water department, you especially don’t want these guys on the menu.

According to the Arizona Game and Fish Department, the invasive species is primed to make a comeback despite years of slowed growth.

Quaggas can be spread by watercraft, and recent boat sales data from the National Marine Manufacturers Association shows that sales are robust. More vessels are filling state lakes, rivers, reservoirs and waterways, breathing new life into these prolific invaders: a mature female quagga mussel can produce up to 1 million eggs in a single year.

It might not sound like a big deal, but quagga mussels can cause billions of dollars in damage while disturbing the natural aquatic life food chain.

To get a better handle on these clam-shaped cloggers, ASU Now turned to Kerrie Anne Loyd, a wildlife biologist at Arizona State University at Lake Havasu. 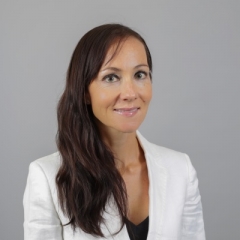 Question: What is a quagga mussel and how did they get here?

Answer: Quagga mussels are tiny bivalves that feed on plankton and filter up to 1 liter of water a day. They are native to Eastern Europe and were introduced to the United States Great Lakes in the 1980s by ship ballast water. Mussels were detected in the Colorado River (Lake Mead) in 2007 and continued to be accidentally introduced to additional waterways throughout the West by boats. They are prolific and have few predators; they form large and dense colonies very quickly. The larvae are mobile and can easily settle new places.

Q: What is the nuisance they pose to municipalities, boats or water life?

They are not necessarily a problem for boats — unless the boats sit in water for an extended period, for example at a marina.

As far as ecological impacts, on the Lower Colorado River mussels consume significant amounts of plankton, the base of the food chain for our native aquatic life. One of our students found that they selectively feed on everything but a problematic type of plankton here – the toxic cyanobacteria Microcystis. Because they consume so much plankton from our system we have increased water visibility and now you can see much greater depths of water. This is preferable to recreational boaters but allows sunlight to filter further down in the water column and supports excess growth of submerged aquatic vegetation in summer. This means that every July to September we clean and rake large amounts of spiny naiad (aquatic plants) from the lake in high-use recreational areas and by the pump plants where they clog intakes.

Lastly, it is believed that the record-size redear sunfish caught in Lake Havasu may be because sunfish are one of few species that can eat quaggas. One of our students confirmed that the mussels are a significant part of their diet here. There aren’t fish enough to control quagga populations, but this game fish is thriving.

Q: Is this a recent phenomenon in the Lake Havasu area?

A: Lake Havasu and the rest of the Lower Colorado River have been dealing with the impacts of this invasion for at least 10 years.

Q: What separates quaggas from boats and other surfaces, and what else is being done to treat them?

A: Vessels can be decontaminated by drying (desiccating the mussels and any water that might have larvae) or cleaning with hot, high-pressure water. This prevents introduction into new lakes and rivers by boats that have been in water with mussels. Watercraft are examined at state agriculture inspection stations and by park rangers — and I’ve seen quagga-sniffing dogs! — at boat launch ramps of clean waters.

There are labs in Nevada working on treatments and control for quagga mussels. Thus far, research shows that the mussels do not tolerate heat, chlorine, copper and “Zequanox” — made from dead cells of toxic bacteria they try to filter feed. In 2018, mussels were successfully eradicated from a small lake in Pennsylvania using a new molluscicide that did not appear to have negative effects on other aquatic life. There may be some special paints or adhesives in the future that could prevent mussels from attaching to boats and other surfaces.

Arizona Game and Fish has a widespread public education campaign to help prevent spread through proper cleaning after visiting a waterway like Lake Havasu. Further invasions can be avoided with diligent checking of watercraft entering uncontaminated waters.

This month, AZBio announced that two of their annual awards will go to outstanding Arizona State University researchers — Joshua LaBaer and Rosa Krajmalnik-Brown.AZBio is a statewide organization that is dedicated to “building the biosciences industry in Arizona by providing access to key resources, connections and information in our biosciences community.” As part of those efforts, each ye... 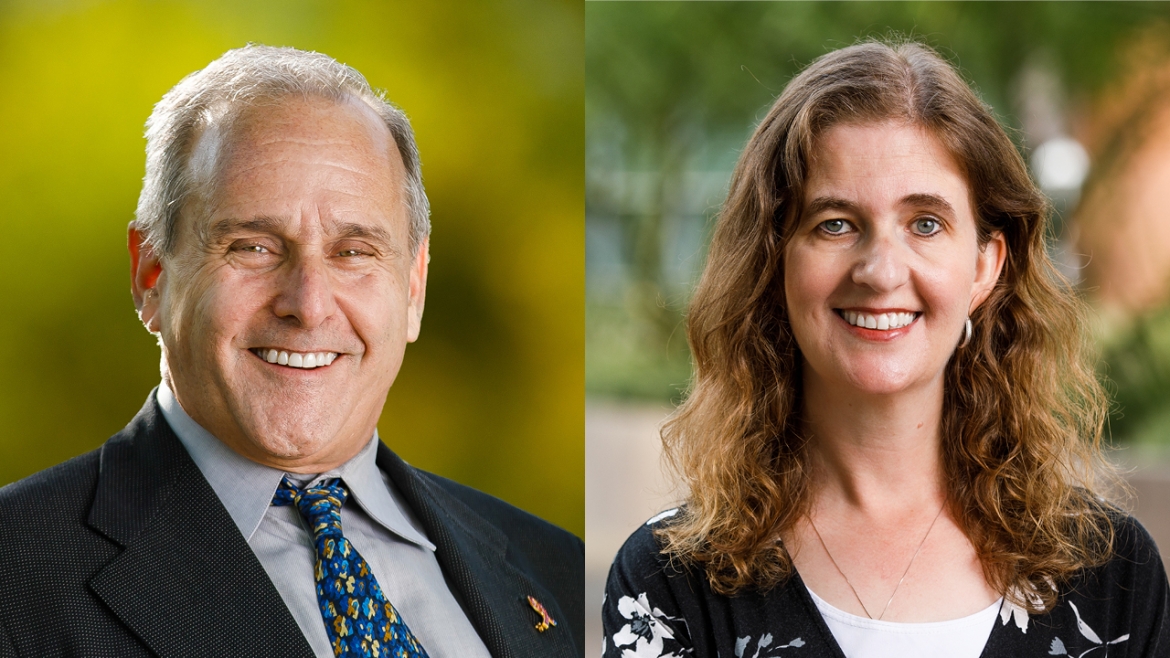 This month, AZBio announced that two of their annual awards will go to outstanding Arizona State University researchers — Joshua LaBaer and Rosa Krajmalnik-Brown.

AZBio is a statewide organization that is dedicated to “building the biosciences industry in Arizona by providing access to key resources, connections and information in our biosciences community.” As part of those efforts, each year AZBio recognizes scientists, educators, leaders and companies that are furthering biological solutions to improve the lives of our state’s residents.

Krajmalnik-Brown is the recipient of the Arizona Bioscience Researcher of the Year award. She is the director of the Biodesign Center for Health Through Microbiomes and a professor in the School of Sustainable Engineering and the Built Environment. She studies how to use microbial systems to degrade environmental contaminants, produce renewable bioenergy and improve human health through the gut.

One of her most prominent research achievements came from a 2017 study, in which Krajmalnik-Brown investigated the impact of a treatment for children with autism that used fecal transplants to normalize their gut bacteria. They found that gastrointestinal symptoms decreased by 80% and autism-related symptoms improved 25%. Two years later, she and her collaborators found that most GI benefits remained and the improvements to autism behaviors were even greater.

“Rosa Krajmalnik-Brown defines what it means to be a pioneer at the frontier of research in environmental engineering and science,” said Joan Koerber-Walker, president and CEO of AZBio. “For her groundbreaking work and her deep commitment to finding answers to some of our most challenging scientific questions, she has been named the 2020 Arizona Bioscience Researcher of the Year.”

Taking on the pandemic in Arizona

LaBaer is the recipient of the Jon W. McGarity Arizona Bioscience Leader of the Year award. He is the executive director of the Biodesign Institute and a professor in the School of Molecular Sciences. He specializes in personalized diagnostics, focusing on discovering biomarkers that can provide early evidence for risk of major illnesses.

Notably, he led a team that discovered a panel of 28 autoantibody biomarkers used to aid in the early diagnosis of breast cancer, as well as a team that developed a test for the amount of radiation absorbed by a person’s body after radiological exposure.

Most recently, LaBaer is leading a comprehensive response to the coronavirus pandemic, repurposing existing equipment and personnel to accelerate testing. He oversaw the creation of the ASU Biodesign Clinical Testing Laboratory, which quickly gained CLIA certification for testing nasopharyngeal swab samples and was the first in the western U.S. to offer saliva tests for COVID-19, as well as the first in the nation to offer those saliva tests to the public. He assembled a team of volunteers from across ASU and partner organizations that continues to expand testing. He concludes each daily team meeting with the rallying cry, “Let’s go save some lives!”

“Joshua LaBaer is being honored with the Jon W. McGarity Arizona Bioscience Leader of the Year Award by AZBio for his ability to bring teams together to address some of our greatest health challenges,” Koerber-Walker said. “His call to action, ‘Let’s go save some lives,’ is more than just words. It exemplifies the mission he pursues each day and how he inspires others to embrace the mission and join him on the journey.”

The pandemic crisis makes us consider more than ever our health and our need for solutions to tough biological problems. Like never before, our future could crucially depend on successes in the biosciences. By continuing to celebrate the innovations of our state’s scientists, AZBio invites us to cultivate a hopeful attitude and displays the benefits of perseverance and creative thinking.