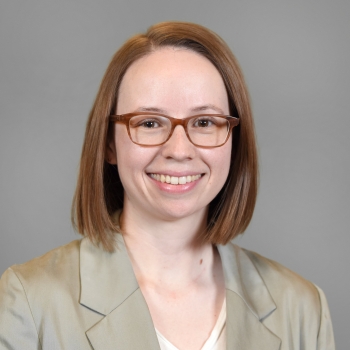 Drummond’s work focuses on people’s behavior and decisions when it comes to scientific matters. She comes to ASU from the Erb Institute at the University of Michigan where she recently published a paper about exposure to fake news on climate change​.


Editor's note: Answers have been edited for length or clarity.

Question: What is the overall goal of this research?

Q: What is fake news?

A: Fake news is false information that doesn't occur through the same journalistic processes as regular news but mimics regular news. It can be difficult to identify fake news because online, it's relatively easy to mimic the formatting and the style associated with real news.

Q: What did you find in this study?

Q: How did your team conduct this research?

The second part of the experiment included questions about a participant’s beliefs, values and attitudes on different sociocultural issues. Among those were questions about whether or not someone believed in climate change.

Q: Are there implications for future research?

A: This study suggests to me that there is a lot more work to be done to better understand how exposure to misinformation actually affects people's decision-making.​ ​In terms of fake news specifically about climate change, there's been a lot of concern that exposure to fake news, and holding scientifically inaccurate beliefs regarding climate change, might lead people to not support climate policy or make decisions that are not in the best interests of the climate.

Q: Is climate change more of a “target” for fake news than other political topics?

Q: Any tips or advice for helping people understand when news is fake?

A: In this study, we also found that warning people about the fake news, before or after exposure, did not seem effective at reducing its effects. However, in some related research, led by a graduate student that I advised, Lauren Lutzke, we identified​ ​four main questions​ to think about when assessing news items: the name of the news organization, the writing style, the overall believability and possible political motivations. We found that asking these four questions helped people identify fake news.

Q: How did you originally get interested in this field?

A: As an undergraduate studying economics, many economic models about how people behave contained assumptions about behavior that didn't seem consistent with what I understood about human beings. For example, some economic models assume people will always try to maximize their own utility and not care about the utility of others. That led me down the path of behavioral economics, which utilizes psychology and cognitive science for more accurate estimations of human behavior. This combination of psychology and economics led me to pursue a PhD in decision research, focusing on how people make decisions for which scientific information is relevant.

My goal now is to help people engage with information to better understand science and its limitations and to make better decisions for themselves and their communities.

Q: What are you hoping to accomplish at ASU?

A: I am excited to be here at SHESCSchool of Human Evolution and Social Change because I am joining a problem-focused interdisciplinary team. This will help me understand and help improve environmental and sustainability decision-making in a way that engages with the complexity of the problem from different angles. I hope to be able to address these problems more effectively and help make lasting change. I'm looking forward to engaging with my colleagues from different disciplines and working together to think about big problems that are facing decision-makers.

“Limited effects of exposure to fake news about climate change” is available through the open-access journal Environmental Research Communications. Michael Siegrist at ETH Zurich, and Joe Arvai at the University of Southern California are co-authors of the article.

Three of the top-11 and four of the top-30 finishers at the NW Arkansas Championship were Sun Devils. ... Three of the top-11 and four of the top-30 finishers at the NW Arkansas Championship were Sun Devils.