Parkinson’s disease is a neurodegenerative disorder that affects a specific area of the brain — the substantia nigra. It can result in tremors, a slowness of movement known as bradykinesia, uncontrollable muscle contractions known as dystonia, and difficulty with walking and balance.

Deep brain stimulation, or DBS, is a surgical procedure that’s been used to treat Parkinson’s for more than 20 years. Using magnetic resonance imaging, DBS electrodes are inserted into an area of the brain that plays a critical role in movement — either the subthalamic nucleus or the globus pallidus. A small impulse generator, similar to a pacemaker, is also implanted under the skin of the patient’s chest to provide electrical impulses to the electrodes in the brain. The electrical impulses reduce the patient’s symptoms and improves their ability to move.

Arizona State University neuroscientist Bradley Greger has teamed up with Barrow Neurological Institute neurosurgeon Dr. Francisco Ponce to evaluate DBS for its possible use in treating other neurological disorders.

For the study, while the DBS electrodes are being implanted, a second, temporary implant is added to identify what’s happening in the brain during DBS treatment. Directly measuring the effect of DBS on brain activity will aid in extending the use of DBS in other neurological disorders.

Barrow Neurological patient Kimball Rogers and his family agreed to be part of the research. They are sharing their experiences to provide other Parkinson’s patients with information about the value of the procedure and the research. Retired commercial real estate developer Kimball Rogers makes a peanut butter and honey sandwich for lunch as his wife, Sharon, looks on, at their Mesa home on July 8, 2019. Kimball was scheduled to receive a deep brain stimulation implant two days later at the Barrow Neurological Institute in hopes of lessening the symptoms of his Parkinson's disease. 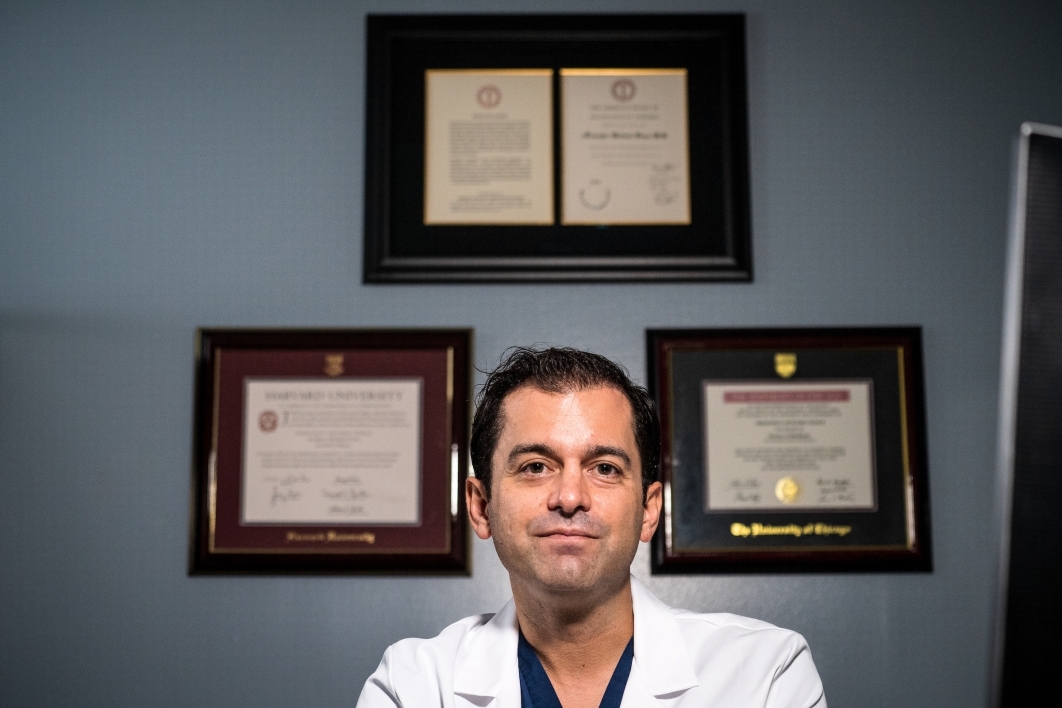 Dr. Francisco Ponce of the Barrow Neurological Institute at Dignity Health St. Joseph's Hospital and Medical Center in Phoenix is one of the nation's leading neurosurgeons involved with deep brain stimulation. The procedure involves implantation of electrodes to a target area deep within the brain that is associated with a disorder. 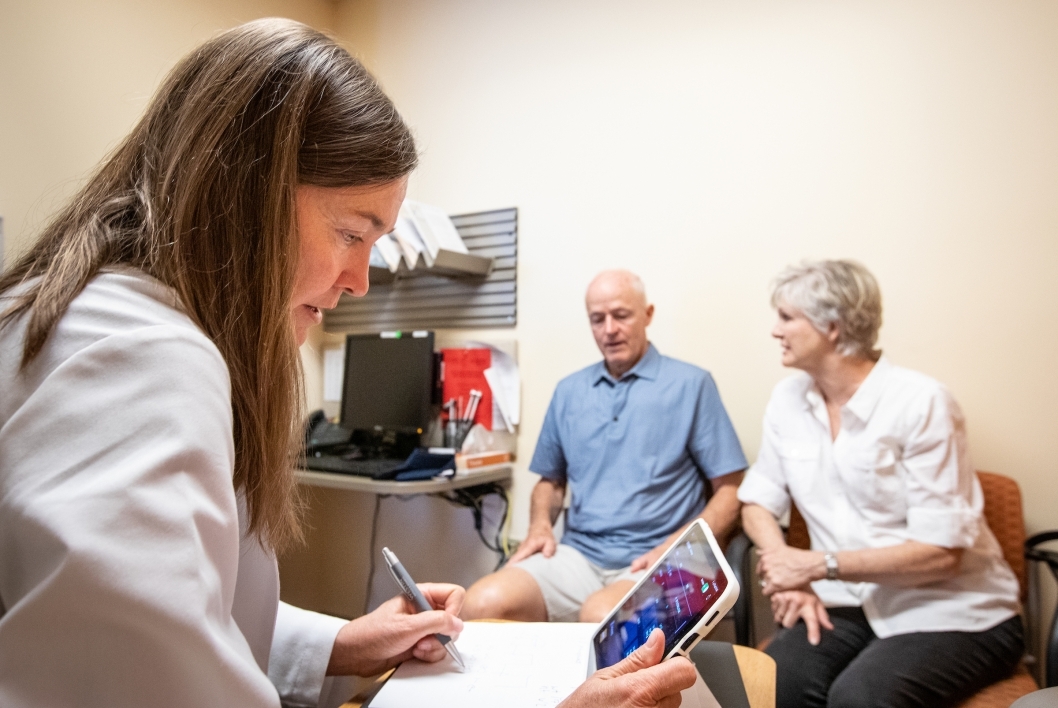 Neurologist Holly Shill takes notes of the DBS settings with Rogers, after the initial testing and calibrating of his deep brain stimulator implant on Aug. 5, 2019. Rogers felt the effects of each of the four neurostimulators as they pulsed with electrical current. He noticed his tense muscles relaxed, and his tremors diminished. Rogers breaks down as he feels relief from his painful leg cramps for the first time in years, as Dr. Shill tests the deep brain stimulator that Kimball had implanted a month earlier. 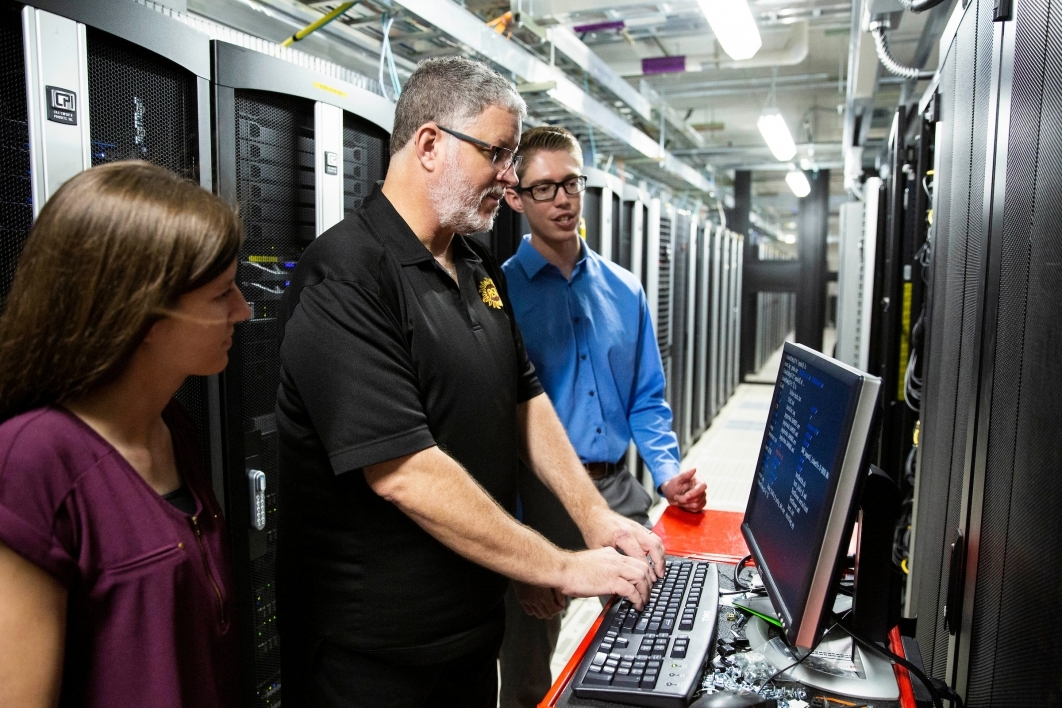 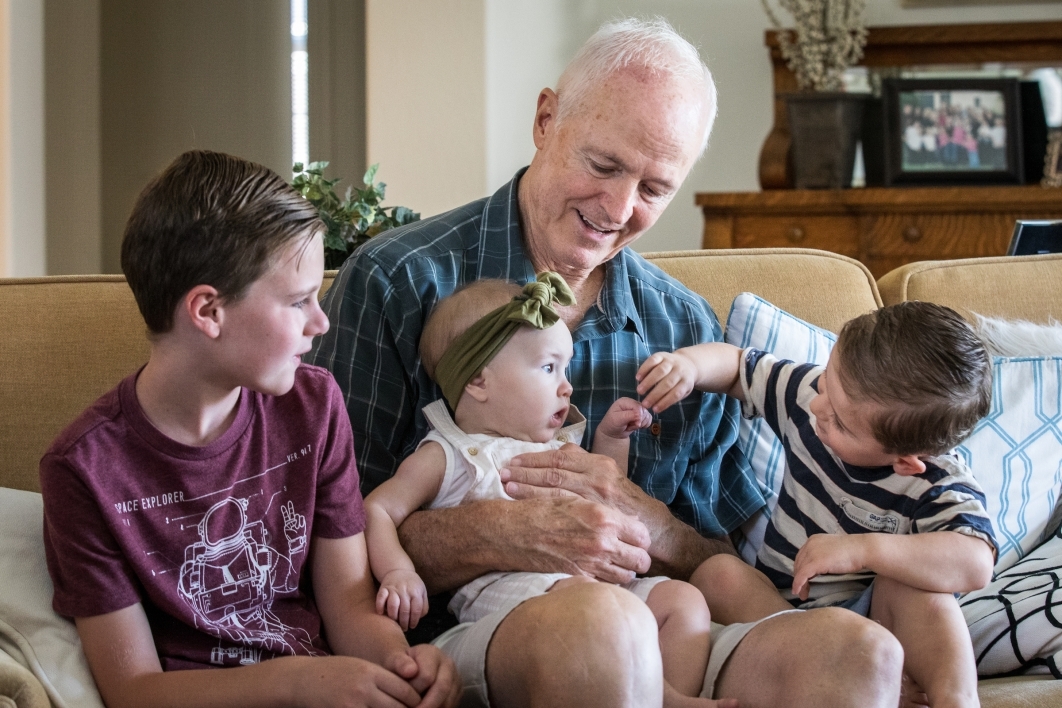 Seven weeks after his surgery, Rogers sits at home with three of his 20 grandchildren: Kane, Scottie and Eddie. He says the results of the DBS implant are magnificent, while the side effects have been minimal. The recovery from the surgery, though, has taken more time than he expected.

Regardless of trigger, ammonium nitrate was likely basis for Beirut explosion

The blasts at a Beirut warehouse storing highly explosive ammonium nitrate on Aug. 4 killed at least 220 people, caused 7,000 injuries and left as many as 300,000 people homeless in Lebanon’s capital city.While there has been wide speculation on the cause of the explosion, including fireworks, gunpowder and paint housed in close proximity, the ammonium nitrate stored for six years in a warehouse... 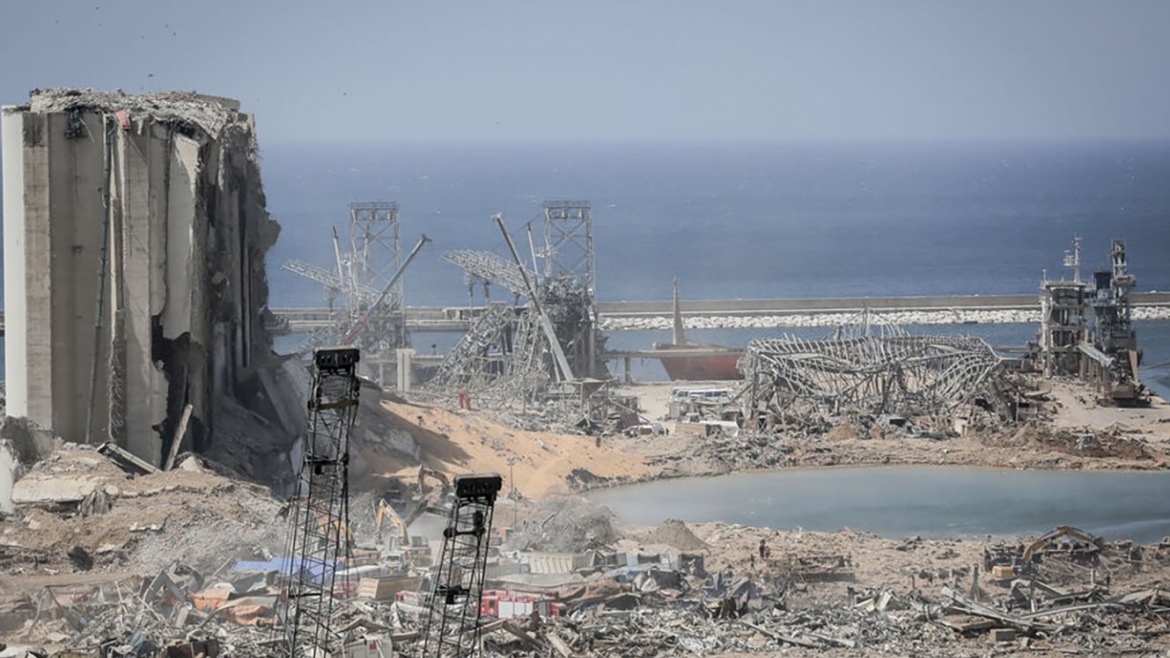 Regardless of trigger, ammonium nitrate was likely basis for Beirut explosion

The blasts at a Beirut warehouse storing highly explosive ammonium nitrate on Aug. 4 killed at least 220 people, caused 7,000 injuries and left as many as 300,000 people homeless in Lebanon’s capital city.

While there has been wide speculation on the cause of the explosion, including fireworks, gunpowder and paint housed in close proximity, the ammonium nitrate stored for six years in a warehouse without even basic hazardous materials safeguards seems universally considered the explosive component in the incident.

Kiril Hristovski, an associate professor in Arizona State University's Polytechnic School, is the program chair for the Environmental and Resource Management Program with expertise in hazardous materials management. He gave ASU Now an overview on the dangers of ammonium nitrate, the storage conditions that likely contributed to the humanitarian disaster resulting from its improper storage in Beirut, and the regulations designed to prevent such disasters in the U.S.

Question: What is ammonium nitrate and why is it used?

Answer: Ammonium nitrate is an inorganic salt that is most commonly used in agriculture as a fertilizer to increase plant-needed nitrogen availability in soil. It typically comes in bulk or 55-pound bags (25 kg) so it can be used by farmers and easily applied in solid form, or dissolved in water as a solution with other nutrients.

A: The unique chemistry on ammonium nitrate makes it explosive because its chemical composition contains both fuel and an oxidizer component, which is a property of all explosives.

Ammonium nitrate is classified as high secondary explosive, meaning that while it can detonate, it is rather stable to work with. Ammonium nitrate is the least sensitive to impact of all secondary explosives and has high energy of activation about 109 kilojoules per mole (kJ/mol), which makes it very stable until exposed to relatively high temperatures or initiators.

Although it starts decomposing at temperatures of about 388 F (170 C), relatively pure ammonium nitrate does not typically explode until temperatures between 500–572 F (260–300 C) or higher are reached.

During a typical explosion, ammonium nitrate can instantaneously release a lot of energy (about -377.1 kJ/mol) and nitrogen gas, water vapor, and reddish-brown nitrogen dioxide gas. The high temperature generated at the core of the explosion pressurizes these gases and propels them outward with velocities ranging from about 3,300 feet per second (ft/s) to about 15,000 ft/s in extreme cases – or about three to 13 times faster than the speed of sound.

Ammonium nitrate is about 75% as powerful as TNT, but it has only 54% of its brisance, or the shattering capability of an explosive, which is largely due to its plus-20% oxygen balance and slower kinetics.

Q: What likely happened in Beirut?

A: According to the reports, approximately 2,750 metric tons (about 6 million pounds) of stored ammonium nitrate exploded as a result of a fire providing sufficient heat to detonate this explosive. Many reports, including video evidence, suggests that the fire started as a result of low-quality pyrotechnic material catching on fire (firecrackers, fireworks, etc.), which also was probably improperly stored together with, or in the vicinity of the large quantities of the ammonium nitrate. Considering that the ammonium nitrate was stored in a warehouse at the port, it would not be surprising if diesel fuel also was stored on the premises.

The reddish-brown nitrogen dioxide cloud that was generated in the blast was the giveaway that it is an ammonium nitrate explosion.

Based on the level of destruction, the enormous amount of explosive material created a shockwave in excess of several atmospheres of overpressure – the pressure caused by a shock wave above the normal atmospheric pressure – destroying and killing everything in its path.

Q: What are the U.S regulations regarding the proper storage  and management of ammonium nitrate?

A: In the U.S., Title 29, Code of Federal Regulations (CFR) 1910.109 provides detailed regulations pertaining to storage and management of explosives, including ammonium nitrate.

One of the more interesting requirements is provided in Part 1910.109(i)(7)(i), in which it is clearly stated that “not more than 2,500 tons of bagged ammonium nitrate shall be stored in a building or structure not equipped with an automatic sprinkler system.”

The code also provides other specifics with respect to the nature of the building in which ammonium nitrate is stored, the safety and fire prevention features needed and storage criteria. For example, flammable liquids, like gasoline, diesel, fuel oil, kerosene, solvents, etc., cannot be stored on the premises except if there are special firewalls or other or specifically approved distances.

The Beirut investigation has yet to determine how and in what manner the ammonium nitrate was stored and managed.

The suspicion of most safety professionals, however, is that standard safety measures and practices, like those standards in the U.S., were not followed.

Top photo: Extensive damage due to the August 4, 2020, explosion in the port of Beirut, Lebanon. Photo by Mehdi Shojaeian/Mehr News Agency courtesy of Wikimedia Commons