ASU grad combines passions for activism, videography to forge a path toward filmmaking

Jude Schroder arrived at Arizona State University as a National Merit Scholar planning to pursue a career in the foreign service. After discovering a passion for filmmaking, getting involved in activism and gaining a better understanding of their identity, Schroder graduated in May with bachelor's degrees in global studies and political science from the School of Politics in Global Studies, as well as a minor in Spanish and a certificate in political entrepreneurship from The College of Liberal Arts and Sciences.

In 2017, Schroder participated in the McCain Institute’s Washington Policy Design Studio program, a valuable experience that came with the realization of no longer wanting to pursue a career in the foreign service. “I wouldn't take back my experiences in D.C. and I would still do it again if I could, but it did show me a valuable lesson, which is that I didn't want to go into the foreign service,” said Schroder, who uses they/them pronouns. “When I returned from D.C. I chose to pivot and adapt to something new. I was fortunate enough to be able to explore other courses throughout my undergrad. Overcoming that uncertainty and just trying out new things through ASU was key for me. Being able to take courses outside of my major helped me figure out what I wanted to do. The interdisciplinary aspect of ASU is what makes us super unique.”

Schroder had a deep passion for the arts and took as many creative courses as possible every semester. They also had the opportunity to travel internationally, creating vlogs during their study abroad experience in Barcelona, Spain, and documenting the SolarSPELL project in Fiji.

Combining their love of global studies with videography, Schroder forged a path toward a future in filmmaking.

During their time at ASU, Schroder not only discovered a passion for videography, but also discovered community and learned to embrace themself as someone who identifies as nonbinary and bisexual.

“When I started at ASU I hadn't come out as bisexual or nonbinary yet. There weren't resources for that in my K–12 schooling. Once I got to ASU, I had everything from consent education to women and sexuality courses to LGBT clubs,” they said. “There were a lot of things that I hadn't accepted about myself or my identity before I got to college, so it was really cool to all of the sudden have access to resources and a community and classes where I could learn about who I was.”

Schroder also received support from faculty, including Madelaine Adelman, professor of justice and social inquiry in the School of Social Transformation.

“Dr. Adelman helped me with my thesis and really supported me academically, but she's also supported me professionally whenever I needed advice. She always introduced me to other people that were doing things I was interested in and then even going above and beyond that by helping me personally too,” Schroder said. “When I started working with her on my thesis, I hadn't come out as nonbinary yet. When I came out and told her my new name and pronouns she was the best about it. She’s just been such a great advocate for me professionally, academically and with my personal identity.”

Schroder’s passion for activism and filmmaking culminated in a short documentary-style film created for their Barrett, The Honors College thesis project that examines the Equal Rights Amendment (ERA) in Arizona and the fight to pass it at federal and state levels. After working with the League of Women Voters of Arizona, Schroder became passionate about the ERA and spent a year and a half working on “ERA in AZ,” interviewing leading activists, experts and representatives from the Arizona legislature.

“I worked with women who were around during the 1970s when the ERA was initially passed by Congress and they were trying to get it ratified in Arizona. They've been doing this work for decades and told me they've been trying to make a series of videos on it for a long time but hadn’t found anybody that could do it,” Schroder said. “So I decided to create a documentary that explains the ERA, both from a broader U.S. context and at the Arizona level.”

Schroder debuted the film at a screening in March at the Tempe campus and received an overwhelmingly positive response from the audience. In the future, Schroder plans to pursue a career in activist filmmaking and hopes to go to graduate school for graphic information technology, media studies or fine arts.

“Now my sights are even higher. I want to get the ERA into the constitution and guarantee equality for women. But I also want to make sure that we have an equality act for LGBT people and make sure that people in the LGBT community also have these legal protections.”

An Arizona State University associate professor of criminology and criminal justice will use a $200,000 National Science Foundation grant to assess risks of COVID-19 infection among incarcerated persons and those who work in correctional institutions.Danielle Wallace of the Watts College of Public Service and Community Solutions’ School of Criminology and Criminal Justice said she and her resear...

An Arizona State University associate professor of criminology and criminal justice will use a $200,000 National Science Foundation grant to assess risks of COVID-19 infection among incarcerated persons and those who work in correctional institutions.

Danielle Wallace of the Watts College of Public Service and Community Solutions’ School of Criminology and Criminal Justice said she and her research team will collect data from every federal Bureau of Prisons-run facility and several state correctional institutions over the next several months. 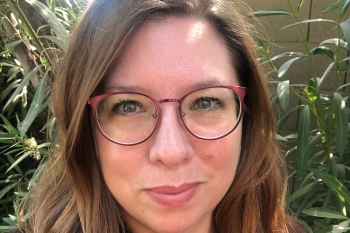 It’s likely that enough information will have been compiled within about six months to start modeling what’s occurring in prisons and compiling initial reports by later this year and into the first quarter of 2021, said Wallace, a member of the ASU faculty for 11 years.

The research will be conducted with three approaches, Wallace said:

Wallace said the findings generated from the project should be useful to communities and allow facility officials to collaborate among each other to develop policies to manage infections in these settings, therefore contributing to general health and well-being of prisoners, staff and the larger communities where prisons are located.

Controlling COVID-19 infections in prison is a critical component to “flattening the curve,” as prisons are areas of high risk and high transmission of infectious diseases, Wallace said. Crowded conditions, dining in communal settings, challenges to maintain proper sanitation and the daily entrance and exit of prisons by staff all contribute to this level of risk and transmission of the coronavirus, she said.

Like cruise ships and nursing homes, prisons are high-density locations at risk for heightened spread of the virus. For prisons to evaluate the effectiveness of expenditures to reduce and contain future outbreaks, Wallace said it is important for officials to learn how COVID-19 is spread inside and outside prisons and identify the best policies and strategies to minimize infections.

“The pandemic has changed what life looks like in prisons drastically. Family visitation in many prisons has stopped. The services outside contractors provide have been on put on hold in many prisons,” Wallace said. “We hope that our research can help prisons and other close-quarter facilities get back to normal operations as safely and as fast as possible.”