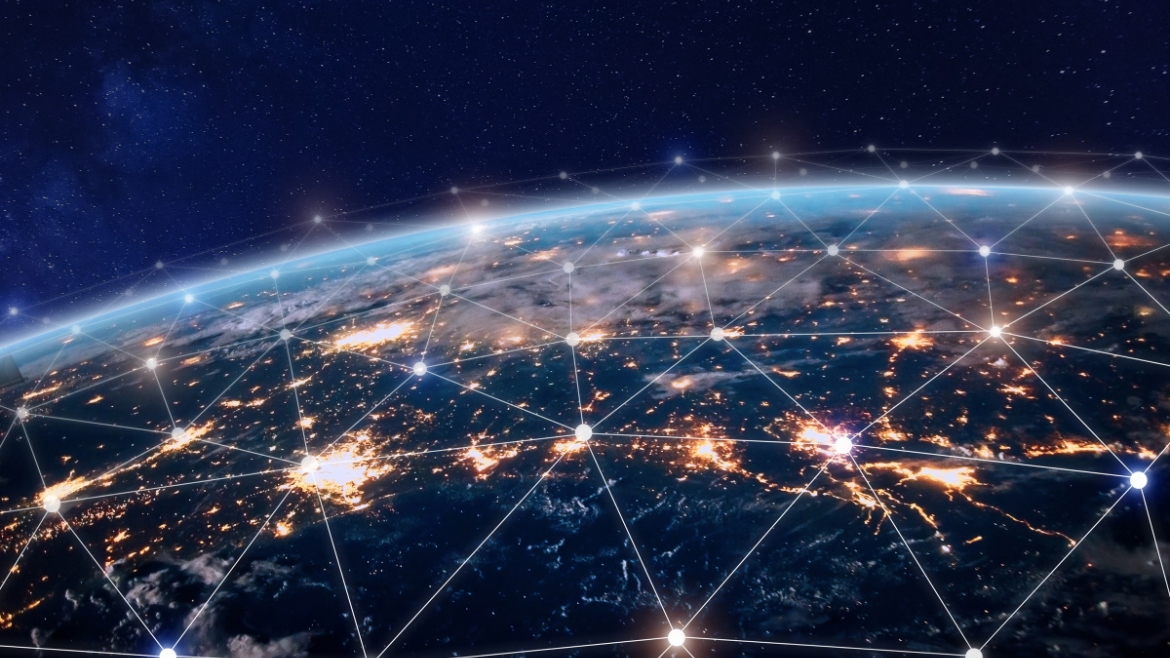 To help companies safely move their employees back to the workplace, Arizona State University’s College of Health Solutions and the World Economic Forum, with support from the Rockefeller Foundation, announced on July 27 the COVID-19 Diagnostics Commons — an interactive hub for the global community to access the very latest information about testing options and to share knowledge and practices for safely bringing back and keeping employees in the workplace during the COVID-19 era.

“We need to take back control from the virus with knowledge,” Aspinall said. “Knowledge is power, and the COVID-19 Diagnostics Commons is designed to give companies around the world the power to leverage data from their peers and bring their employees back to the workplace more safely and effectively. Our survey will gather information, and our educational events will enable discussion so that businesses can collaborate and learn from each other.”

The survey, which is now open, collects information from employers about who is tested, how frequently, with what test, and at what cost, along with contact tracing response and preparedness needs, plus anticipated and actual challenges experienced over the short and long term. Employers of all types, sizes and geographic locations are invited to complete the survey at ASUcovidcommons.com. The survey is completely anonymous to ensure participant privacy. Once the data is compiled during this first round of outreach, thousands of decision-makers at companies and organizations worldwide, along with policymakers in their regions, will have open access to the results and findings via an interactive online dashboard.

“Protecting workers is the No. 1 concern for business leaders from around the world,” said Genya Dana, the head of health care transformation at the World Economic Forum. “We believe this new community and the database of current practices and lessons learned will help these leaders accelerate best practices and make informed plans as the pandemic evolves.”

Collaborating with employers to address a global health crisis is an important part of the College of Health Solutions’ mission.

“This new partnership allows us to bring our research, training and education expertise and businesses’ health and safety needs together, aligning with our aim to improve health outcomes worldwide using actionable, evidence-based solutions,” said Deborah Helitzer, the dean of the college.

Real-world, timely and accessible data on workplace reopening, testing and employee safety initiatives is needed to get the global economy back on track. To that end, two critical resources are now available at the COVID-19 Diagnostics Commons with more in development. Current resources include:

“Workers and consumers around the world not only need to be safe, but also feel safe, and one of the best ways to do this is by expanded access to testing,” said Jonathan “Jono” D. Quick, managing director for pandemic response, preparedness and prevention at the Rockefeller Foundation and author of “The End of Epidemics.” “But with over 1,400 tests currently on the market or in the pipeline, businesses and public health administrators need the right tools to make the right purchase choices. The COVID-19 Testing Commons is that tool to help decision-makers find the tests that most closely match their needs.”

In addition to the interactive online dashboards for workplace practices and test information, ASU and World Economic Forum, with support from the Rockefeller Foundation, will help employers and policymakers in scaling and updating their use of testing strategies as the pandemic continues to evolve. These initiatives will include monthly communities of practice focused on testing pain points and solutions, webinars with industry experts focused on how to implement best practices, and case studies of exemplar uses of testing and diagnostics as identified through survey results and communities of practice. All resources will be available at ASUcovidcommons.com.

Al Boggess is the recipient of the 2020 Gary Krahenbuhl Difference Maker Award.Boggess was selected by the deans in Arizona State University's College of Liberal Arts and Sciences in recognition of eight highly successful years of service as director of the School of Mathematical and Statistical Sciences. "Al is so deserving of this award. He checks each of the criteria the Gary Krahenbuhl Differ...

Al Boggess is the recipient of the 2020 Gary Krahenbuhl Difference Maker Award.

Boggess was selected by the deans in Arizona State University's College of Liberal Arts and Sciences in recognition of eight highly successful years of service as director of the School of Mathematical and Statistical Sciences.

"Al is so deserving of this award. He checks each of the criteria the Gary Krahenbuhl Difference Maker Award was meant to recognize, including having a broad and strategic vision for his school, the ability to adapt to challenge and move ideas into action, and a calm and effective presence that encouraged others to take risks and made him an exceptional advocate for his students, staff and faculty," said Nancy Gonzales, dean of natural sciences. "In addition, and what made him a natural choice, is that he does all of this selflessly and without concern for personal credit." 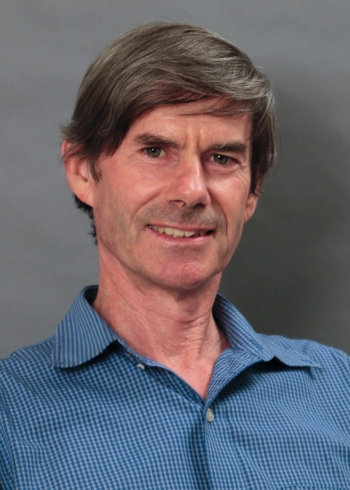 Al Boggess joined ASU in July 2012, after heading the department of mathematics at Texas A&M University from 2002 until 2011.

Andrew Bremner has been a mathematics professor in the school for many years, including back when Gary Krahenbuhl served as a dean.

“Al arrived in the School at a difficult time in its history, but with many years of administrative experience already to his record," Bremner said. "He immediately established himself at ASU as an effective leader and advocate for the school’s individual mission."

"Unassuming and modest, he appointed excellent school officers and created a leadership team that under his guidance has been responsible for the development of important institutional programs and growth of the school in general. He proves an excellent ambassador to The College administration across all levels of concern, a nontrivial achievement given the sometimes prevailing external view of the unit solely as a service department.

"He has received full support of the faculty and staff, and has been a great director. He is a most worthy recipient of the Gary Krahenbuhl Difference Maker Award.”

Don Jones, associate director for undergraduate programs, finds it difficult to say no to a request from Boggess.

"Al has a remarkable ability to create an environment of cooperation and of not wanting to disappoint. I think he enjoys solving the problems of the day, and this leads to a calm, productive, positive atmosphere in which people want to contribute to a larger cause," Jones said. "He trusts people to get things done. The creation of the new data science degree is a great example of that. The undergraduate committee was given free rein to create it. He doesn't micromanage — he outsources. His ability to bring people together is an intangible. It is the result of the work environment he created and his ability to get resources."

Boggess hired John Stufken to help build and strengthen the statistics group within the school.

"Al's unwavering and selfless support for statistics were instrumental in expanding the statistics group by recruiting outstanding faculty. I had worked as department head at the University of Georgia for 11 years prior to joining ASU, but still learned a lot from Al. He is truly an exemplary and effective leader," said Stufken, who is currently director of informatics and analytics at the University of North Carolina at Greensboro.

Jelena Milovanovic, actuarial science coordinator and professor of practice, believes that without Boggess' ability to recognize an opportunity and need for an actuarial science program at ASU, the school would not currently have a bachelor's and master's degree.

"His continual support, vision and understanding needed to grow the actuarial science program has ensured national recognition both academically and professionally," Milovanovic said. "Throughout the six-year journey of building a reputable actuarial program, Al has gained respect from the local insurance practitioners for his commitment to the profession and patience as we continue to work towards becoming a center of excellence."

Joe Davis, assistant director for academic services, says Boggess is always looking for ways to improve the experience for students, whether it's deep diving into curriculum, improving processes, or advocating for additional faculty.

“Dr. Boggess has been a tireless advocate for not just our own degree programs, but for all students taking mathematics classes at ASU," Davis said. "He always has an open ear and is willing to critically examine new methods of providing support for our students.”

Working closely as his assistant for the past five years, Melanie Smock knows how much Boggess values his staff.

"Dr. Boggess fully trusts, supports and empowers his staff," Smock said. "This results in staff not being afraid to suggest innovative ideas because they know he will not only listen, but encourage them to pursue their initiatives. He treats mistakes as opportunities to learn and improve."

As associate director of first-year mathematics and principal lecturer, Scott Surgent witnessed the transition when Boggess arrived from a traditional department to a full-fledged school of multiple programs, including not only mathematics and applied mathematics, but also actuarial science, statistics and mathematics education.

"Al came aboard just when we were beginning to develop our online program, and also when Knewton was first being tried, a radical new way to teach math at the lowest divisions. These were radical changes and not ones met gladly by everyone," Surgent said. "Our online went from zero to 100 mph in about two years. Enrollments went from the hundreds to the many thousands. The actuarial science program has grown tremendously, and our department has a much bigger footprint than it did in 2012.

"Al has always been a trustworthy leader. He always seems calm, cool and collected, never gets emotional and always seems to make the right choice. He never once has promoted his own agenda, and I honestly believe he makes decisions based on sound logic and what he feels is wisest for everyone involved. It's impossible to please everyone all the time, but he is successful at pleasing most people most of the time."