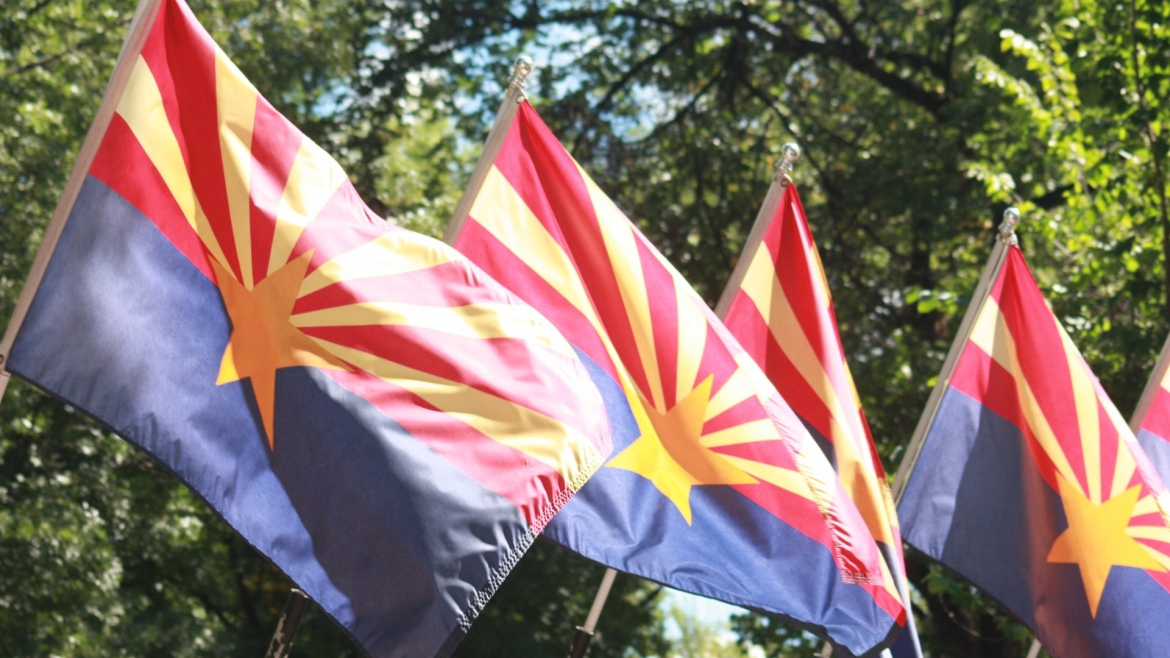 In Arizona, some of the communities hit hardest by the coronavirus pandemic have been the same communities whose plight often goes unnoticed — refugees, asylum-seekers, DACA recipients, mixed-status migrants and Native American tribes.

In a move that is new to the Arizona State University Center for the Study of Religion and Conflict, it has been able to award grants ranging from $3,000 to $10,000 to 13 separate organizations serving the state’s most vulnerable communities, after receiving $150,000 in funding from the Henry Luce Foundation.

“We're usually asking for money; we're not in the business of giving it away, so it's such a privilege to be able to do this,” said Tracy Fessenden, a professor in ASU’s School of Historical, Philosophical, and Religious Studies and co-director of the project, “COVID Relief and Southwest Stories,” along with Center for the Study of Religion and Conflict Interim Director John Carlson.

The grants will allow such organizations as the undocumented-, DACA- and youth-led Aliento; the Iranian American Society of Arizona; and Navajo United Way to provide rapid relief to those they serve — many of whom have been disproportionately affected by the pandemic — in many forms: baby formula and diapers, rent and medical bill assistance, food donations and wireless internet.

When the virus hit this spring and funds that might otherwise have been used to facilitate in-person conferences and gatherings went unclaimed, the Luce Foundation found itself with a surplus. So it reached out to several centers and institutions across the country, the Center for the Study of Religion and Conflict included, in the hopes that they could use their existing community connections to distribute funding to those who needed it most.

“We saw this as a great opportunity to reach out to some of our community partners and do a very different kind of work than we're used to doing,” Carlson said.

In addition to community partners, colleagues including Center for the Study of Religion and Conflict Assistant Director Carolyn Forbes and the center's communications, outreach and events coordinator Sarah Lords (who also serves as grant administrator for the project); Irasema Coronado from the School of Transborder Studies; faculty from the School of Historical, Philosophical, and Religious Studies; and former ASU Professor Rebecca Tsosie, now a Regents Professor of Law at University of Arizona, were instrumental in connecting with nonprofits, migrant and borderland communities, and tribal nations in order to identify the areas in greatest need.

With $100,000 going directly to the various organizations to meet immediate community needs, the remaining $50,000 will be used to fund the Southwest Stories initiative, a supplemental dimension of the project in collaboration with ASU’s Walter Cronkite School of Journalism and Mass Communication that the Luce Foundation asked be established as a means of telling the stories of those organizations and the people they serve.

Fessenden said that part of the pandemic experience in the state has been silencing of people's experiences.

“The neglect of people’s stories is something we felt we could address with this project,” she said.

As part of the Southwest Stories initiative, she and Carlson worked closely with Cronkite Interim Dean Kristin Gilger to identify two local journalists who had been furloughed — Maria Polletta, a state government and politics reporter, and Rafael Carranza, a U.S.-Mexico border reporter — and recruited them for the project. Their resulting articles will be shared online via “A Journal of the Plague Year,” a website dedicated to documenting the impact of COVID-19 through stories, images, audio recordings and more.

“A Journal of the Plague Year” was created in March by a group of ASU faculty from the School of Historical, Philosophical, and Religious Studies.

Polletta and Carranza will also serve as mentors to four Cronkite undergrads who lost their summer internships due to the pandemic, guiding them as they write their own articles for the Southwest Stories initiative.

“Even with this very generous grant from the Luce Foundation and the privilege of being in the position to give some of that money out, it can be frustrating because so much of this is just a drop in the bucket,” Fessenden said. “But what was really encouraging is that every one of the applications we funded had a very clear plan for this money, in some cases down to the penny, showing how much it cost per diaper to get all the babies in this community in diapers, for instance. So it has been both humbling and gratifying as well.”

Arizona State University head swimming & diving coach Bob Bowman announced – after consulting with team and parents – each member of the 2020-21 squad will redshirt and begin focus on the 2021-22 season and Olympic aspirations. ...

The Garcia, Diaz and Brei families: All in for the children Arizona State University head swimming & diving coach Bob Bowman announced – after consulting with team and parents – each member of the 2020-21 squad will redshirt and begin focus on the 2021-22 season and Olympic aspirations.