Professor George Edward “Edd” Gibson Jr., the Sunstate Chair of construction management and engineering at Arizona State University, is one of eight civil engineers nationwide to be named a Distinguished Member of the American Society of Civil Engineers in 2020.

The honor of Distinguished Member, reserved for people who have obtained eminence in engineering fields such as engineering education and construction, recognizes Gibson’s career-long contributions in these areas. 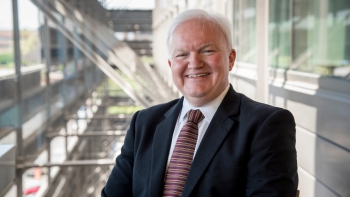 Professor George Edward “Edd” Gibson Jr., considered the foremost expert in front-end planning of capital facilities in academia, is one of eight civil engineers nationwide to be named a Distinguished Member of the American Society of Civil Engineers in 2020. Photo by Nick Narducci/ASU Download Full Image

Gibson, a professor in the School of Sustainable Engineering and the Built Environment, one the six Ira A. Fulton Schools of Engineering at ASU, is considered the foremost expert in front-end planning of capital facilities in academia. He is also an expert in organizational change, asset management, earned value management systems, alternative dispute resolution, safety and prevention through design, and risk management. Over the course of his career, his work has saved the construction industry billions of dollars by improving capital effectiveness.

“I have been privileged to work with great graduate students and industry practitioners to develop, over the past 30 years, a number of business process decision support tools to help better define projects from the earliest stages,” Gibson said.

One of his current research projects on earned value management systems is sponsored by the U.S. Department of Energy. In the project, Gibson is working with several U.S. government agencies and contractors to develop a way to evaluate the maturity and environment of earned value management systems, also known as EVMS, which are used to manage cost and schedule performance of large megaprojects, such as environmental cleanups, manufacturing facilities, power projects, missile systems, aircraft deliveries and so forth. Gibson’s goal is to develop methods to make EVM systems better attuned to the specific project or program, helping to deliver these projects within budget and schedule, thus saving investment costs.

— Wayne Crew, general secretary of the National Academy of Construction

For Gibson, who has trained and educated thousands of students and practitioners on the nuances of better facility planning, the research and development work he has performed in early project planning for large construction projects has been the most impactful in his career.

“I have had the opportunity to consult with more than 70 organizations, including most of the U.S. government agencies who build facilities and many of the largest industrial owners in the world, to help them do a better job of stewardship with their funds in the capital budgeting process,” Gibson said. “It is gratifying to be in meetings around the world and hear people talking positively about these tools and techniques with no idea that I was the person behind their development.”

He is also working to improve safety practices that will help engineers and designers deliver projects that are safer for construction and manufacturing workers and the public.

“I have a research project with the National Institute for Occupational Safety and Health to develop a series of workshops over the next five years to promote safer design processes and teaching practices for engineers and architects,” Gibson said. Gibson is also working with the U.S. Department of Energy on developing an augmented reality system to help nuclear plant workers make better and safer decisions when operating power plants.

“We are very fortunate to have Edd in our midst. He has been instrumental in growing SSEBE in size and stature and has contributed immensely to the profession through his scholarship, teaching and professional service. His elevation to the rank of Distinguished Member of ASCE is truly a well-deserved honor and recognition of his impressive body of work.”

— Ram Pendyala, director of the School of Sustainable Engineering and the Built Environment

While he has contributed to projects all over the world, Gibson had the unique opportunity to support construction at ASU where he serves as a researcher and educator.

“I even got a chance to use these tools and techniques while I helped plan the College Avenue Commons building here on campus,” Gibson said.

Gibson has mentored more than 100 graduate students to completion of their degree programs and has taught more than 215 outreach courses to industry practitioners.

“I find it fulfilling as a member of academia to have been able to help so many students, as this is the real legacy that we all leave as teachers,” Gibson said.

In addition to teaching and mentoring, he and his wife have established four endowed scholarships at three different universities and colleges. Gibson also was instrumental in establishing a North American construction student scholarship program through the National Academy of Construction during the past year.

“Edd Gibson is very deserving of this prestigious honor. He is one of those rare individuals who is highly respected in both the academic and professional communities, in part because he seamlessly operates across the two. That makes him an excellent and relevant teacher, an influencer for adoption of new ideas in industry, and the natural choice as leader for efforts in both communities. That is clearly seen through the various positions and roles he has held in his career, the excellent preparation of his students and the significant impact he has had on industry.”

— Paul Johnson, president of the Colorado School of Mines and emeritus professor of the School of Sustainable Engineering and the Built Environment

ASCE has more than 150,000 current members representing 177 countries around the world. Established in 1852, it is the nation’s oldest engineering society and has been naming Distinguished Members since 1853. In that 167-year period, fewer than 700 civil engineers have achieved this title.

“I am honored and thrilled to receive this award,” Gibson said of his most recent honor. “I look at the list of past honorees and am in awe. Many of the names on the list are famous to the civil engineering profession, and a number are great civil engineers who I have had the honor of working with during my career.”

Chris Hill, ’86 B.S., chair of the ASU Alumni Association Board of Directors and National Alumni Council, began his position during a unique time in history.“So much has transpired in 2020 in our country,” Hill said. “A COVID-19 pandemic that has challenged and disrupted our country on so many levels and a social movement challenging inequality in our country that has been evident by the u...

Chris Hill, ’86 B.S., chair of the ASU Alumni Association Board of Directors and National Alumni Council, began his position during a unique time in history.

“So much has transpired in 2020 in our country,” Hill said. “A COVID-19 pandemic that has challenged and disrupted our country on so many levels and a social movement challenging inequality in our country that has been evident by the unfair treatment of individuals based on their race and ethnicity. It is clear to me that ASU, our alumni, our students and the board and council must continue to play a significant role locally, nationally and globally and provide both leadership and support to initiatives that address these most significant issues of our times.” 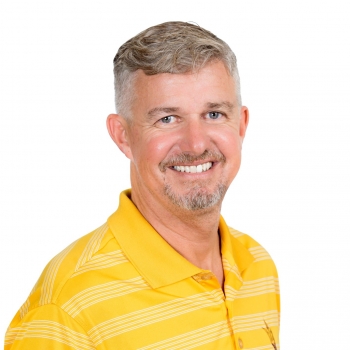 Hill is a distinguished military graduate from ASU’s nationally ranked ROTC program and served in the Army as a Medical Service Corps officer for 20 years. The training Hill received at ASU prepared him to take on a leadership role immediately after graduation. He began his career as a second lieutenant medical platoon leader, where he was responsible for the 32 soldiers in his platoon and all of the health care needs for more than 800 soldiers.

“The critical thinking skills and the broad understanding of social issues that I was able to take away from my courses and professors were so important to help me be effective and grow as a leader in the Army,” Hill said. “ASU supported me in growing as a student and a person and helped create a greater understanding of the world I was about to enter, which created the base upon which I have built for my life.”

After retiring from the U.S. Army, Hill served as CEO for several large health care organizations and is currently the senior managing director of Treadstone Management. Hill became involved in ASU alumni, and he advocates for Sun Devil veterans through his membership in the ASU Veterans Alumni chapter and service experience.

As Hill began his term as board chair, he started by looking back at his time at ASU and why it’s important for alumni to engage with their alma mater.

Since joining the ASU Alumni Association Board of Directors in 2015, Hill has participated in selecting scholarship award recipients and ASU Leadership Institute participants.

“Having personally reviewed applicants for the Legacy, Medallion and Chapter scholarships, I can attest that these amazing students come from all backgrounds and these scholarships are imperative to help them pursue their educational opportunities,” Hill said. “It’s so important to them, and any level of donation to these scholarship funds is meaningful. With our large database of alumni, if everyone contributes we can make a real difference for these students.”

Hill is passionate about connecting Sun Devils far and wide. If you are not living in the Phoenix metro area, the ASU Alumni Association has more than 170 geographic, special interest, academic affiliates and international alumni chapters to keep you connected to ASU wherever you are.

“My goal is to continue to expand our engagement with our network of 500,000 Sun Devil alumni in our community, across the nation and around the world,” Hill said. “I look forward to working with our dedicated group of Sun Devil professionals on the board and council, along with our Alumni Association staff, as we seek to advance the university through outreach, service and leadership.”

If you are interested in donating to an ASU Alumni Association scholarship fund, visit https://www.asufoundation.org/colleges-and-programs/asu-alumni-association/. To learn more about alumni chapters, visit https://alumni.asu.edu/chapters#top.