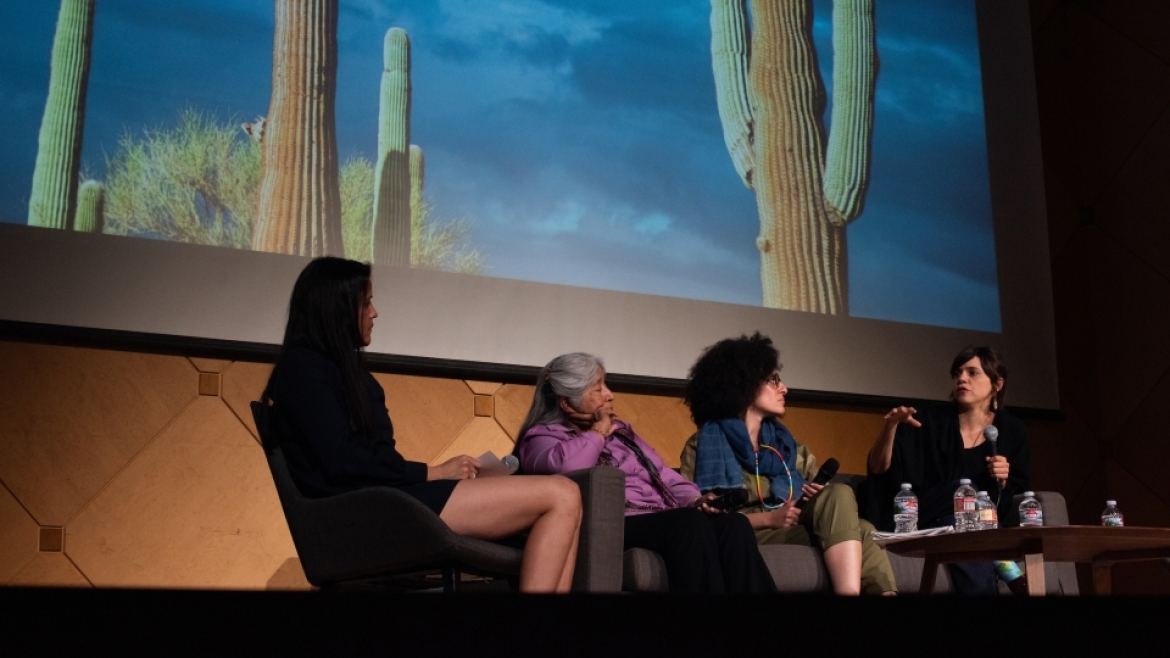 Questions of place in a time of uncertainty

Having just launched in late January of this year, ASU’s Center for Imagination in the Borderlands was still in its infancy when the world came to a screeching halt as a result of the coronavirus.

But as fortune would have it, a constellation of forces, presciently suited to take on the strange new challenges we have already begun to face — which had been quietly simmering for nearly a year — were finally on the verge of fruition.

On June 26, in partnership with the prestigious Vera List Center for Art and Politics at The New School in New York City, the Center for Imagination in the Borderlands announced the recipients of the inaugural Borderlands Fellowship: artists Maria Hupfield and Carolina Caycedo.

“I feel like this fellowship was prophetic in a way, because the conversations they’ll be having and the ideas they’ll be raising and catalyzing and creating, I think, are going to be very important to the ways we all move forward together in what is assuredly going to be a new country,” said Natalie Diaz, director of the Center for Imagination in the Bordelands. “There will be certain things that don’t revert back to the way they were before. So it’s exciting for ASU and these fellows to be contributing to those conversations.”

The goal of the Borderlands Fellowship is an extension of the ASU center's values in that it seeks to bring people together for imaginative dialogue with one another and the ASU and New School communities around the relevance of place through the lens of Indigeneity.

Hupfield and Caycedo were selected from a pool of invited applicants that included internationally renowned artists and scholars who were nominated by a small group of experts, including Diaz, a widely lauded poet and a MacArthur Fellow. They will receive an award of $15,000 to support their two-year appointment, beginning in fall 2020 and running through spring 2022. Over the course of four semesters, they will spend time together and independently in Tempe, Arizona, and New York City, where they will create and present a research project at both sites that ignites conversation within, across and about America’s borderlands. 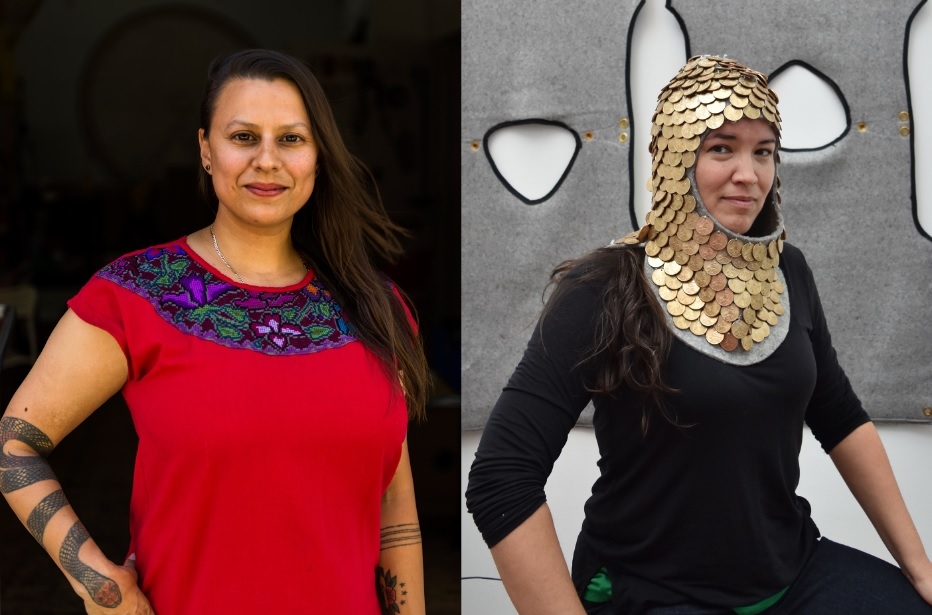 Recipients of the inaugural Borderlands Fellowship, Carolina Caycedo (left) and Maria Hupfield. Photo courtesy of the Vera List Center for Art and Politics

A nonprofit research organization and public forum for art, culture and politics founded in 1992, the Vera List Center is the only university-based institution committed exclusively to leading public research at this intersection. In the past, its fellowships have supported the work of such luminaries as the late Maurice Berger, a cultural historian who used his privilege to speak out against racism in the art world; Lorraine O’Grady, a conceptual artist known for her exploration of Black female identity, particularly through photo and video; and Bouchra Khalili, whose “The Mapping Journey Project” recounted the indomitable spirit that led refugees to cross oceans and borders in search of a better life.

The brainchild of Diaz, a woman with many identities rooted in place — associate professor in the Department of English at ASU’s Tempe campus, member of the Mojave and Akimel O’odham tribes, Mexican, Latina — the Center for Imagination in the Borderlands was created with the mission to spark inquiry, action and the reimagining of America’s borderlands.

The center feted its opening in January with a ceremony that included performances by fellow ASU Assistant Professor Solmaz Sharif, whose debut book of poetry, “Look,” subverts the U.S. Department of Defense Dictionary of Military and Associated Terms to illuminate the killing of innocent civilians in the Iran-Iraq War; White Mountain Apache musician and National Artists Fellow Laura Ortman; and President and CEO of United States Artists Deana Haggag.

The Borderlands Fellowship combines the resources of these two institutions, esteemed for their innovative research endeavors that aim to unite communities across different geographical, cultural and political landscapes.

“We began to wonder what it would look like if instead of pretending that because we’re on two separate sides of the country we’re having totally different conversations, we actually acknowledged that we are asking a lot of same questions, just in different ways,” Diaz said. “We wanted to allow these thinkers and artists the ability and support to migrate their questions.”

Both Hupfield and Caycedo are multidisciplinary artists working in performance and media arts. Hupfield’s project “Breaking Protocol” will look at urban Indigenous peoples as experts at navigating borders and blurring binaries. Caycedo’s project “Fair Energy Transition” will look at the construction of a wall along the U.S.-Mexico border as an extension of the prison complex, oil, gas and water industries, considering its effects on the environment and those living near it.

As part of their two-year appointments, they will each consult and collaborate with faculty at ASU and The New School, and they will spend time engaging with students and the local communities in workshops and discussions. It’s the part of the fellowship that thrills Diaz most.

“In the art world, and even in the world of scholarship, we tend to be so focused on what we produce. And the work that both of them create is phenomenal, and I think merits attention and engagement on its own — they’re doing work in Indigenous communities, they’re challenging questions of language, questions of land and environment and sovereignty, and they’re each engaged in very different aspects of what is a border,” Diaz said.

“And yet, both also have an incredibly generous and rigorous practice of community engagement, of being invested in dialogue and asking questions that might not have immediate answers. Questions about being in the borderlands, questions about racial justice. … Part of our value system at ASU is that we’re preparing our students to ask these kinds of difficult questions that will actually change society for the better. So in bringing in these incredible artists and thinkers, we’re helping our students build that lexicon.”

Top photo: (From left) ASU Associate Professor of English and Director of the Center for Imagination in the Borderlands Natalie Diaz; Tohono O’odham Nation Poet and MacArthur Fellow Ofelia Zepeda; President and CEO of United States Artists Deana Haggag; and MacArthur Fellow and author of “Lost Children Archive” Valeria Luiselli at the launch of ASU's Center for Imagination in the Borderlands on Jan. 23, 2020. Photo by Meg Potter/ASU Now

Next up for football's Marco Salas in his writing tour was chatting to some of last year seniors who had season cut short and now have a chance play in an extra year thanks to the NCAA. ... Next up for football's Marco Salas in his writing tour was chatting to some of last year seniors who had season cut short and now have a chance play in an extra year thanks to the NCAA.