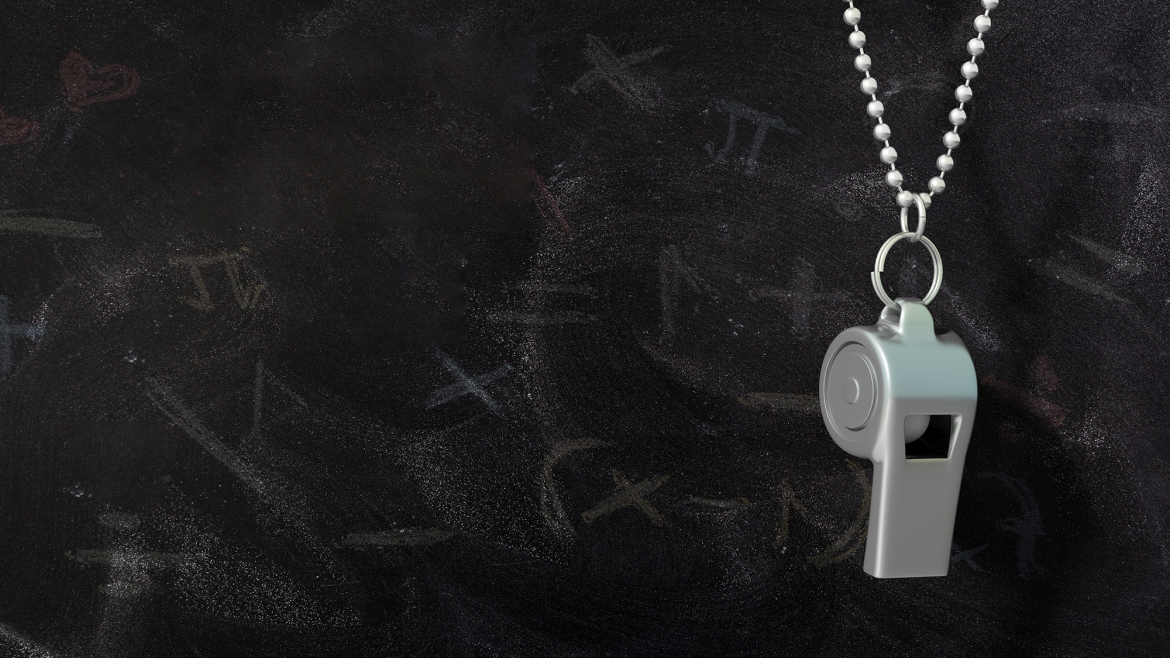 Coaches around the country were already comforting student-athletes who saw their seasons cut short when recent killings of black people and the subsequent protests over systemic racism in America added to their anguish. Five black coaches described how they have been guiding their teams through several difficult weeks at a June 5 panel titled, “Coaching in the New Normal,” sponsored by the Global Sport Institute at Arizona State University.

Lou Richie, the boys’ basketball coach at Bishop O’Dowd High School in Oakland, California, consoled his players through multiple tragedies. The team had won 18 games in a row and were two games away from winning the state championship when the state shut down. Then, the sister of one of the players died by suicide.

“We had to bring them together and show care and love,” he said. “How do you mourn during COVID-19?”

The team held an end-of-the-year meeting on Zoom last week.

“It was very healing and therapeutic for us to see each other,” he said, noting that the players told him they wanted to join the protests after their meeting.

“I wanted everybody to stay social-distanced and to stay safe, but I tell them all the time to have an intentional strategy,” he said.

Some of the coaches said that it was important for their players to express their feelings to each other on Zoom and to think twice about posting on social media.

Venessa Jacobs, the head volleyball coach at Southern University, said her student-athletes are angry about the death of George Floyd, the man killed last month by a police officer in Minneapolis. The outrage over Floyd’s death prompted local protests that have spread nationwide.

“My job is to listen to them. I’ve always taught them that what you put on social media, you can’t get back,” she said.

“I want them to express themselves when they’re angry in a safe circle.”

“I tell them, ‘You have a purpose in life and your passion will lead you to that purpose.’”

Dawn Staley, head coach of the University of South Carolina women’s basketball team, said she prepares her students for reactions they might face.

“Their knee-jerk reaction is to post something on social media, and I’m OK with them using their voice, but sometimes young people don’t understand,” she said.

“We’re in the South with a predominantly black team. We’re in South Carolina, which has a rich history of racism. I told them to understand that people may not agree and align with your voice so you have to be ready for a response that is not in your favor. You have to arm yourself with the knowledge about what you’re voicing so you can clap back.”

Staley faced that backlash herself after writing about her heartbreak over the killings of black people in the Players Tribune, saying she said she understood the anger behind the rioting.

“Some people took that one sentence,” she said. “You have someone on a radio show who dedicated a whole segment to, ‘I Disagree with Dawn,’ and I wasn’t invited on the show to defend that.”

Geoff Arnold, the assistant coach for men’s basketball at Rider University in New Jersey, encourages his student-athletes to learn history along with current events.

“We had our players learn about George Floyd and Ahmaud Arbery,” he said.

He also warned about social media.

“We asked the guys, ‘Before you do anything, run it through us,’ because they don’t understand the kickback on what can happen. Athletes are getting scholarships rescinded.”

Kerrick Jackson is the head baseball coach at Southern University in Louisiana, a historically black university that has both white and black players on the team. He said that the white players get the value of a different perspective.

He also teaches his black players what it means to be an educated black man.

“To me, it’s the most amazing dichotomy in our society,” he said.

The coaches said that listening to black people and hiring them at all levels would help address anti-black racism in sports.

“Relationships can be superficial. You have to have hard conversations,” Staley said.

“If you’re not going to hire black people at the university, at least hear the ones you have. It’s not that I think that it’s a racist environment, it’s just that they don’t know.”

Associate Head Coach Rashon Burno is a big part of the men's basketball program success, and people are taking notice. ... Associate Head Coach Rashon Burno is a big part of the men's basketball program success, and people are taking notice.