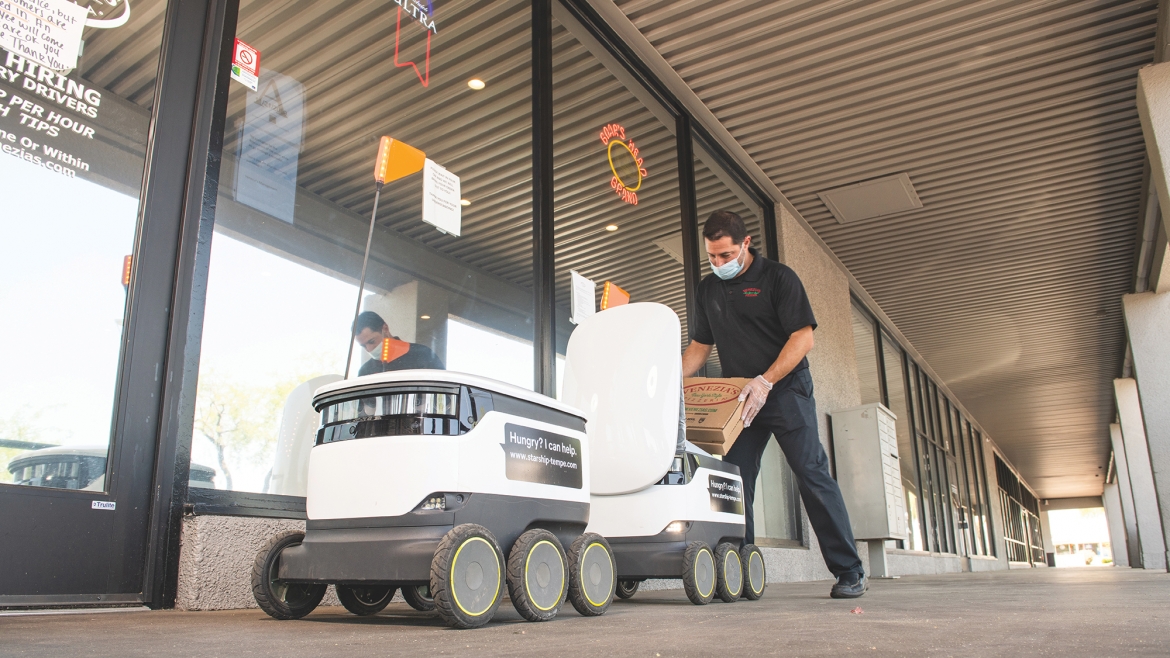 Forecasting Arizona’s economy: The case for a V-shaped rebound

Even though the Grand Canyon State experienced record-shattering job losses and economic contraction during the pandemic, there’s hope the pain will be short-lived. Strong underlying fundamentals, an influx of stimulus money and ASU’s support for innovation could help stave off an extended recession.

Prior to COVID-19, Arizona had one of the strongest economies in the country in terms of population growth and job creation, says Lee McPheters, director of the JPMorgan Chase Economic Outlook Center at ASU. In 2019, the state added a record 80,000 new jobs while wages increased 4.4% compared to the nationwide average of 3%.

“We went from one of the most thriving economies in the country to double-digit unemployment. It’s probably the worst we’ve seen since the Great Depression, but we’re following the national cycle,” McPheters said.

In the seven weeks ending May 4, more than 514,000 Arizonans applied for unemployment benefits, according to the state Department of Economic Security. The number translates to a 15% unemployment rate, with some of the biggest job losses in tourism, hospitality and restaurants.

Of surprise are the declines in health care, an industry that is often recession-proof. The postponement of elective surgeries (a large source of profit for many hospitals) has taken a toll on health facilities in Arizona and nationwide. Health systems and hospitals across the U.S. are on track to lose more than $202 billion between March 1 and June 30, according to a report by the American Hospital Association.

Yet, there are some glimmers of hope, especially in knowledge-based industries, biotech and high-tech manufacturing, McPheters said. Some manufacturers have been able to help the response and capitalize on new opportunities by converting facilities to the production of personal protective equipment. For example, one Honeywell facility in Phoenix shifted operations to producing N95 masks, using 150 employees working three shifts, six days per week. Combined with another Honeywell facility in Rhode Island, the company will make 20 million masks per month.

Entrepreneurship and innovation could also help drive the state recovery, said Ji Mi Choi, associate vice president of Entrepreneurship and Innovation, ASU Knowledge Enterprise. Between December 2019 and May 2020, the number of startups the office works with rose from 467 to 548.

“The adage that necessity is the mother of invention rings true. There is generally an uptick and increase in new business formation that happens after a disturbance,” Choi said.

Some of the potential market opportunities include new solutions to support e-commerce and food delivery, sanitation products and services, and remote health applications. As it has for years, ASU will play a strong role in developing and nurturing the innovation economy.

“Universities have a significant talent pool and a way to work with a built-in audience who are already eager, motivated and hungry to make an impact in the world,” McPheters said.

As a basis for his forecast, McPheters follows the Blue Chip Economic Indicators, an organization that has polled top economists each month since 1976. The consensus calls for an extremely weak second quarter with as much as a 35% drop in GDP, followed by a slow recovery in Q3 and Q4 that will recoup roughly half of the job losses.

One benefit that has only started to flow into the economy is the unprecedented stimulus money under the Coronavirus Aid, Relief, and Economic Security (CARES) Act, McPheters said. As of early May, Arizona businesses had been awarded 19,280 Paycheck Protection Program loans for a total of $4.8 billion.

With solid underlying fundamentals and incoming stimulus funds, there’s a strong case for a V-shaped recovery that will return Arizona as one of the top-performing economies in the U.S. when the public health issues are mitigated, McPheters said.

Yet economists’ forecasts are based on a “huge assumption” that a COVID-19 vaccine will be created in the next 12 months, McPheters said. Some health experts have already cautioned about a second wave of infections that could be worse than the first and could lead to more lockdowns and more economic damage.

“There’s national optimism, but no one knows; we’re in unprecedented times,” McPheters said. “There’s tremendous uncertainty, and we just don’t have any basis for a forecast or a model that tells us what to expect.”

Get business resources, including partnership options, at wpcarey.asu.edu/corporate-relations.

ASU has numerous resources, including free mentoring at entrepreneurship.asu.edu.

Arizona State University Assistant Professor Seth Pruitt recently added another Fama/DFA First Prize for the best paper published in the Journal of Financial Economics — one of the top journals in the field — to his resume. He also won the prize in 2016. "I appreciate the environment and research support I’ve received at ASU,” Pruitt said. “Doubtless, it has contributed to my progre...

Arizona State University Assistant Professor Seth Pruitt recently added another Fama/DFA First Prize for the best paper published in the Journal of Financial Economics — one of the top journals in the field — to his resume. He also won the prize in 2016.

"I appreciate the environment and research support I’ve received at ASU,” Pruitt said. “Doubtless, it has contributed to my progress.” 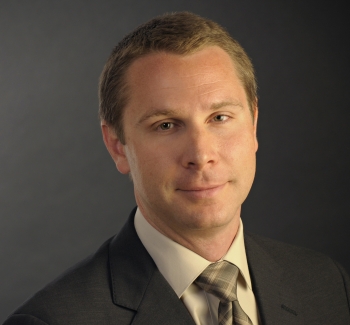 Journal readers voted electronically February through May for Pruitt’s paper, titled “Characteristics are covariances: A united model of risk and return,” which enhances our understanding of investment strategies, and why different stocks earn different average returns. Pruitt says the model also provides better estimates of the aggregate risks that give rise to these returns. “Investors care about this because they’d like to understand the risks they are exposed to in the stock market,” he said.

“Firms evolve. They get bigger, or they get smaller; they take on more debt or less debt; they undertake more investment or less investment. All of these are observable characteristics of the firm,” Pruitt explained. “These observable characteristics tell us about the firm’s exposure to aggregate risks, how the exposures change over time, and how the exposures vary across firms. We build a statistical model that is based on the asset-pricing theory and estimates these firm-level risk exposures as well as the aggregate risks themselves. This model does extremely well at predicting stock returns and constructing efficient portfolios.”

Pruitt hopes both practitioners and academics can use the research while having a lot of economic and statistical intuition about it.

“I see this award as validating our attempt, as recognizing that we’ve contributed something with impact,” he said. “I would be very pleased if others build on our framework and results, creating exciting new research in the future.”