Arizona State University history Professor Calvin J. Schermerhorn is the recipient of a Fulbright Senior Scholar Award. He will be teaching and conducting research at the University of Nottingham history department in Nottingham, England, in 2021.

His research will focus on the racial wealth gap, a term coined by sociologists to indicate disparities in income and wealth. He is calling the project, “The Plunder of Black America: How the Racial Wealth Gap was Made and Why It’s Growing.” 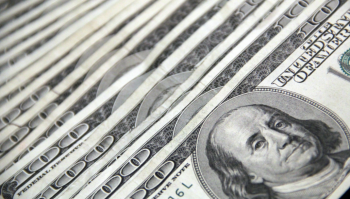 “By recent measures, the typical black American family has one-thirteenth the wealth of the median white family, but instead of narrowing, the racial wealth gap has grown since the 1980s and is now a yawning chasm,” Schermerhorn said.

Schermerhorn is researching policies of the last 40 years in predatory lending, deunionization, the COVID-19 crisis, climate change and the processes over the last 400 years of African American history. He hopes the Fulbright will allow him to research the United Kingdom's racial wealth inequality and compare it to U.S. history.

“Going back and forward in time, there seemed to be a striking pattern that has not been fully explored — economic white supremacy seems to be built into the economic structures of America since the colonial era, and each time those structures have changed, the mechanisms stripping black wealth and stealing black incomes have changed to adapt to the new economy,” said Schermerhorn.

The topic of the racial wealth gap has interested Schermerhorn for a long time. Growing up in southern Maryland near the Chesapeake Bay, he realized many Marylanders see their state as “a cradle of religious toleration in America” but forget it was also “a cradle of racial slavery.”

“Much of my research into American slavery was inspired by a need to peer through the fog of historical amnesia to view the processes connecting the present to the past,” Schermerhorn said. 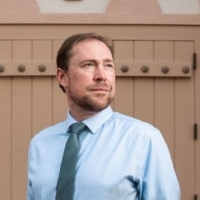 His research found racial wealth inequality has grown since civil rights ended legal discrimination and has continued to grow through periods of Democratic and Republican majorities.

“Inequality is among the most pressing issues of our age,” Schermerhorn said. “Some inequality is inevitable and even beneficial, but extreme wealth and income inequality effectively denies the pursuits of happiness to large proportions of the population.

“A half century after civil rights, wealth in America is overwhelmingly white — an America that supposedly stands for the pursuit of happiness for all yet in each generation reproduces policies and mechanisms to disadvantage nonwhites.”

Richard Amesbury, professor of religious studies and director of the School of Historical, Philosophical and Religious Studies, recognizes the importance of Schermerhorn's work and the impact it has on present-day affairs.

“Professor Schermerhorn’s Fulbright research seeks to better understand the historical trajectory by which the racial wealth gap in the U.S. has grown over the past 40 years into a gaping sinkhole,” Amesbury said. “As Schermerhorn demonstrates, these changes did not simply occur; they were made. Tracing these developments to a series of political and economic decisions that shifted the balance of power decisively in favor of white Americans, Schermerhorn’s project shows how the expropriation of African American wealth has systematically hollowed out the promise of civil rights.”

The Fulbright award will allow Schermerhorn to participate within an institution and community of scholars, along with organizations in Britain dedicated to studying and countering racial wealth and income inequalities.

“Much of the story of colonial wealth inequalities begins with what assets 17th-century arrivals brought to Virginia and other colonies as startup funds,” Schermerhorn said. “I hope to uncover some of that story in British archives. More broadly, this is a brilliant chance to talk with U.K. scholars of slavery, its legacies, and inequalities today about approaches.”

The project is focused on his book-in-progress, but he plans to bring his insight and findings to public audiences through essays and other formats.

Sun Devil coaches, staff and fans were part of over 120-plus donors that donated within the four hour window. Every donation could help save up to three lives. ... Sun Devil coaches, staff and fans were part of over 120-plus donors that donated within the four hour window. Every donation could help save up to three lives.